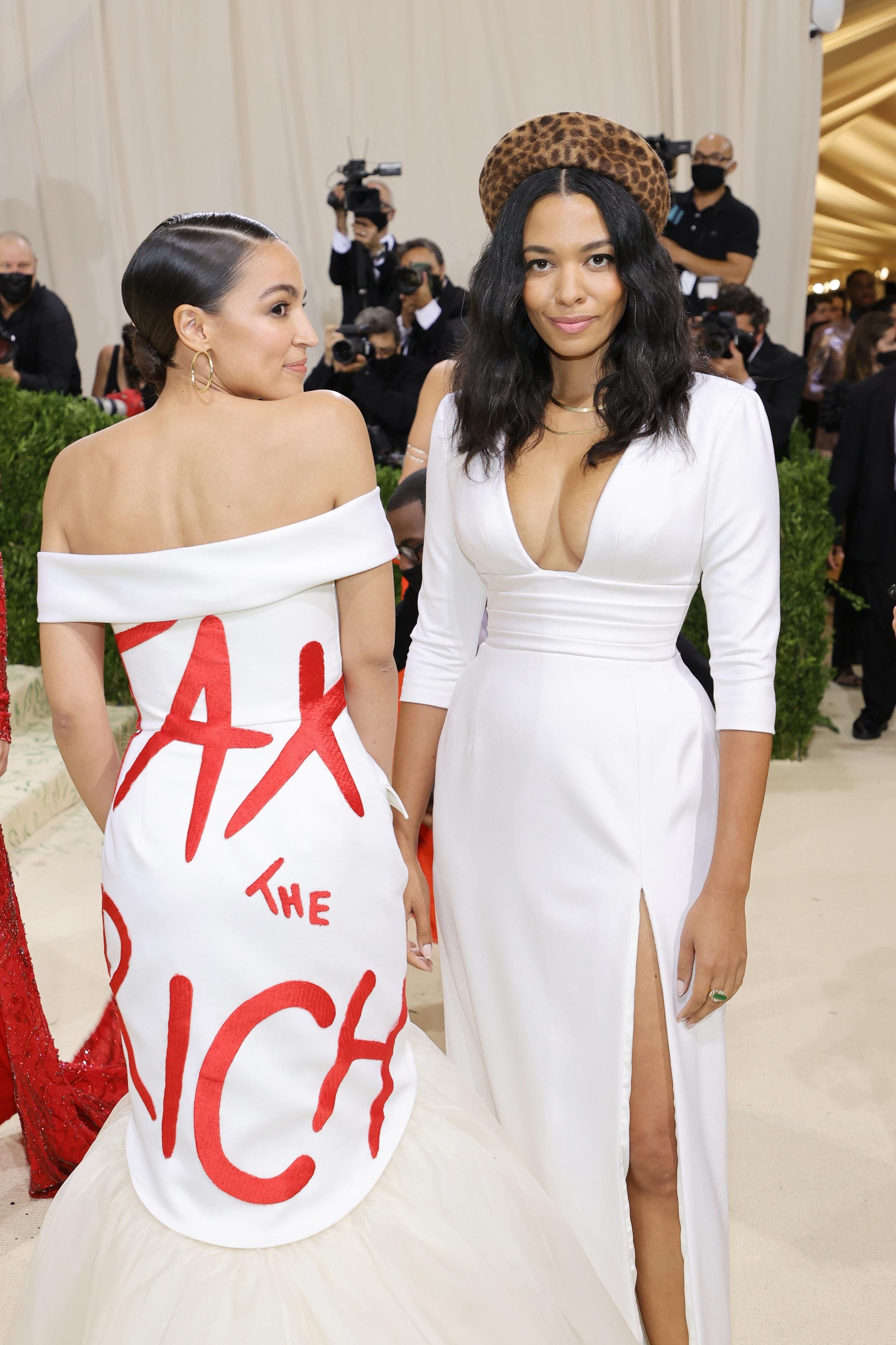 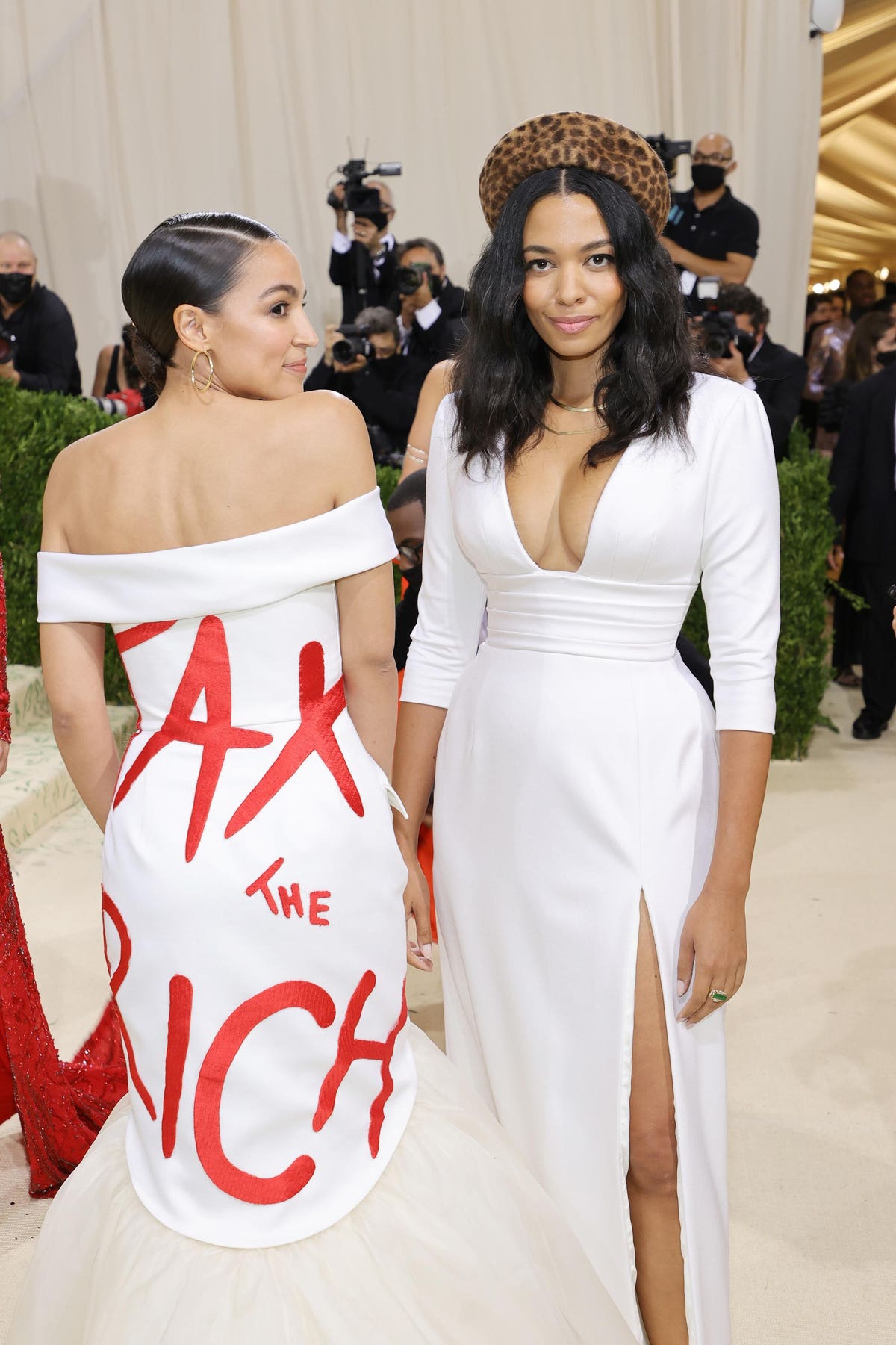 Since taking office in 2018, Rep. Alexandria Ocasio-Cortez (D-N.Y.) has been a leading voice in the progressive wing of the Democratic Party. Her supporters see her as a champion of the working class and the under privileged, while her opponents say she is out of touch with much of the country’s values.

On Monday, she made a bold statement at the swankiest of events.

Rep. Ocasio-Cortez attended the glitzy Met Gala wearing a white gown by Brother Vellies that had the words “Tax the Rich” in red letters splashed across her back, while she accessorized the ensemble with a matching slogan on her hand bag. The intention was clearly meant to send a message, as the Met Gala is an exclusive event; one described as a parade of millionaire pop stars, wealthy actors, New York socialites, trust fund society swans and members of the glitterati.

To say the event is quite exclusive is an understatement. Individual tickets were $35,000 and tables started at $200,000. However, upon hitting the red carpet – joined by Brother Vellies founder Aurora James – the New York Congresswoman made her case loud and clear.

“We really started having a conversation about what it means to be a working class women of color at the Met,” the congresswoman said while on the red carpet. “And we said we can’t just play along, but we need to break the fourth wall and challenge some of the institutions.”

There was some boldness in her fashion choice of course. James’ Brother Vellies line is often worn by celebrities including Beyoncé, Meghan Markle, Zendaya, Rihanna and Lady Gaga. However, in addition to the luxury brand, James is also the founder of 15percent Pledge, a nonprofit that asks brands to “pledge 15 percent of their shelf space to black-owned businesses.”

It certainly didn’t take long for the dress and AOC’s statement to trend on Twitter. By late Monday evening, there were more than 100,000 tweets devoted to the congresswoman and the statement “Tax the Rich.”

Many users were quick to show their support for Rep. Ocasio-Cortez’s choice of statement. David Sirotat (@davidsirota) of DailyPoster.com, noted, “I’m very glad @AOC told a gala of rich people that we must tax the rich. That said, the only thing that matters is whether she, the Squad & @USProgressives withhold their votes until the $3.5 trillion reconciliation bill is part of the final deal.”

However, it didn’t take long for some of the more vocal conservatives to call out the congresswoman – not just for wearing a designer dress, but for even attending the event.

“You can’t make this stuff up – @aoc attends the Met Gala (how much does a ticket go for?) wearing a dress that has got to cost a fortune…but it has a cool woke message ‘tax the rich’….maybe instead tax the dress? It actually might yield more,” wrote former White House Press Secretary Sean Spicer (@seanspicer).

Donald Trump Jr. (@DonaldJTrumpeJr) added, “What makes @AOC a bigger fraud: The ‘tax the rich’ dress while she’s hanging out with a bunch of wealthy leftwing elites or the lack of masks after spending the past 18 months as one of the biggest authoritarian mask Karens in the country?”

Internet celebrity and blogger David Portnoy (@stoolpresidente) also took time to call out the statement, writing, “‘Tax the Rich’……But first I’m gonna go have the time of my life partying with them all at the most extravagant over the top party of the year that is essentially a celebration of richness.”

If Rep. Ocasio-Cortez’s goal was to get people talking, she certainly accomplished it. After all, how often does Middle America even pay attention to the Met Gala? This year, everyone’s talking about it, but whether it gets a dialog going about incoming inequality is yet to be seen.