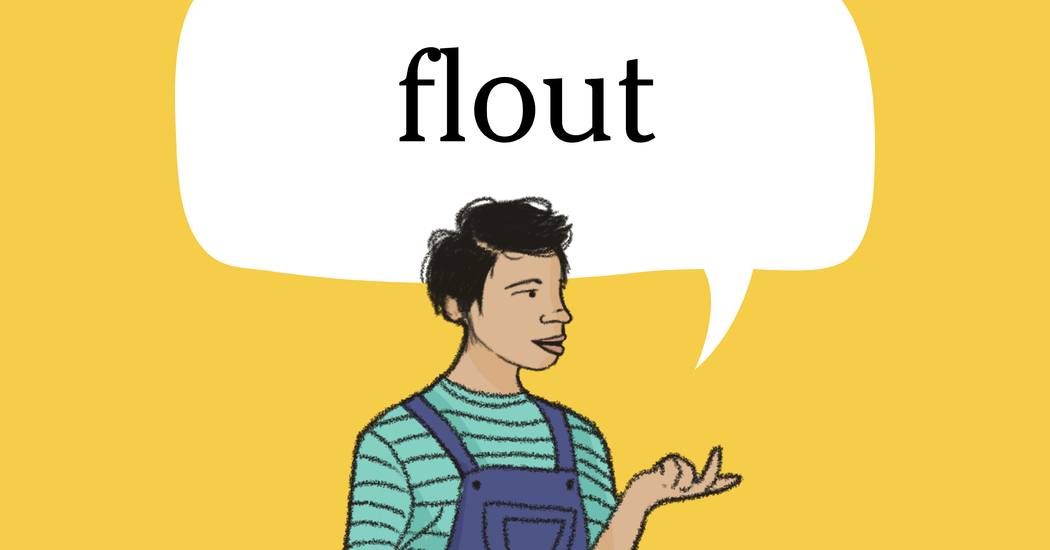 2. laugh at with contempt and derision

The word flout has appeared in 85 articles on NYTimes.com in the past year, including on July 20 in “Women’s Handball Players Are Fined for Rejecting Bikini Uniforms” by Jenny Gross:

Norway’s women’s beach handball team was fined by the European Handball Federation on Monday, after players wore shorts, instead of the required bikini bottoms, during a game over the weekend.

… Norway’s team had been planning for weeks to flout the rules to point out the double standard for female athletes. The players wore shorts for Sunday’s bronze medal game against Spain at the European Beach Handball Championships in Varna, Bulgaria.

“I don’t see why we can’t play in shorts,” said Martine Welfler, one of the Norwegian players. “With so much body shaming and stuff like that these days, you should be able to wear a little bit more when you play.”

Can you correctly use the word flout in a sentence?

If you want a better idea of how flout can be used in a sentence, read these usage examples on Vocabulary.com.