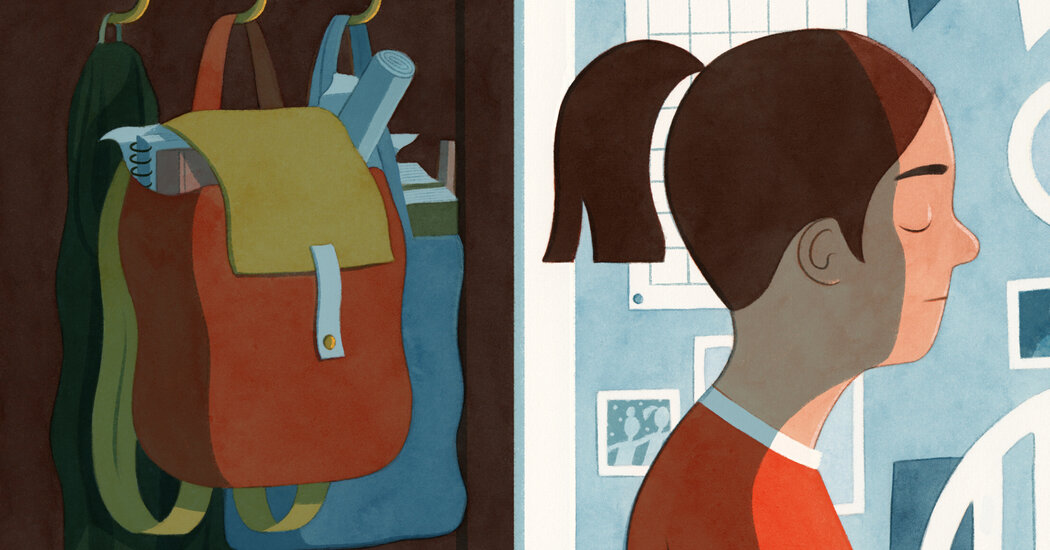 Several states, including Arizona, Oregon and Virginia, have recently passed bills that allow students to miss school to take care of their mental health, efforts that were often supported or led by students.

Do you think all students should have the option to take a day off from school to rest, recalibrate and take a break from their regular routine? Does your state or school allow students to take mental health days when necessary?

In “Teens Are Advocating for Mental Health Days Off School,” Christina Caron writes:

By the time Ben Ballman reached his junior year in high school he was busier — and more anxious — than he had ever been.

“I had moments where it felt like the whole world was coming down on me,” he said. “It was definitely a really difficult time.”

Before the pandemic shut everything down, his day started at 6:30 a.m., when he woke up to get ready for school. Next came several Advanced Placement courses; then either soccer practice or his job at a plant nursery; studying for the SAT; and various extracurricular activities. He often didn’t start his homework until 11 p.m., and finally went to bed three hours later. Every day it was the same grueling schedule.

“It’s not even that I was going above and beyond, it was, ‘This is the bare minimum,’” said Ben, now 18 and a recent graduate of Winston Churchill High School in Montgomery County, Md. “It’s like a pressure cooker that’s locked down. There’s nowhere to escape. Eventually you just kind of burst at some point, or, hopefully, you can get through it.”

Faced with high stress levels among adolescents and a mental health crisis that includes worsening suicide rates, some states are now allowing students to declare a mental health day.

In the last two years alone, Arizona, Colorado, Connecticut, Illinois, Maine, Nevada, Oregon and Virginia have passed bills permitting children to be absent from school for mental or behavioral health reasons, efforts that were often aided or spearheaded by students.

And in March, Utah decided that a “valid excuse” for a student’s absence will now include “mental or behavioral health,” broadening an earlier definition that referred to mental illness. The legislator who sponsored the bill, Representative Mike Winder, a Republican, told the television station KUTV in February that it was his daughter, then a senior at Southern Utah University, who suggested the idea.

Late last year the advocacy group Mental Health America surveyed teenagers about the top three things that would be most helpful for their mental health. More than half of the respondents cited the ability to take a mental health break or absence from either school or work. And in a Harris Poll of more than 1,500 teenagers conducted in May of last year, 78 percent of those surveyed said schools should support mental health days to allow students to prioritize their health.

Ben, the recent graduate, said that as a high school student he had spoken with classmates who were struggling and needed support but didn’t know where to turn. So he organized a coalition of students to improve mental health services for students in his state. This year he spent months supporting a mental health day bill in Maryland, but it stalled in the State Senate.

The article also shares some reasons that mental health days may not become a reality at more schools, at least for now:

In the New York City school system, which has more than 1 million students, a day off for mental or behavioral health reasons “would be treated like any other sick day,” Nathaniel Styer, a New York City Department of Education spokesman, said.

The phrase “mental health day” might make some kids and parents uncomfortable. With that in mind, the school board in Montgomery County, Md., decided that it will excuse absences taken for “student illness and well-being,” starting in the new school year.

“We didn’t want to call it a mental health day, because we know there is still stigma around that,” Karla Silvestre, the school board vice president, told Education Week in June.

Schools are also experimenting with other methods beyond mental health days to help students cope with their daily stressors. The Jordan School District in South Jordan, Utah, is using “wellness rooms,” where students can decompress for 10 minutes if they are feeling overwhelmed. And some schools in Colorado have created “oasis rooms,” a student lounge staffed with peer counselors and other resources.

• Find all of our Student Opinion questions in this column.
• Learn more about how to use our free daily writing prompts for remote learning.