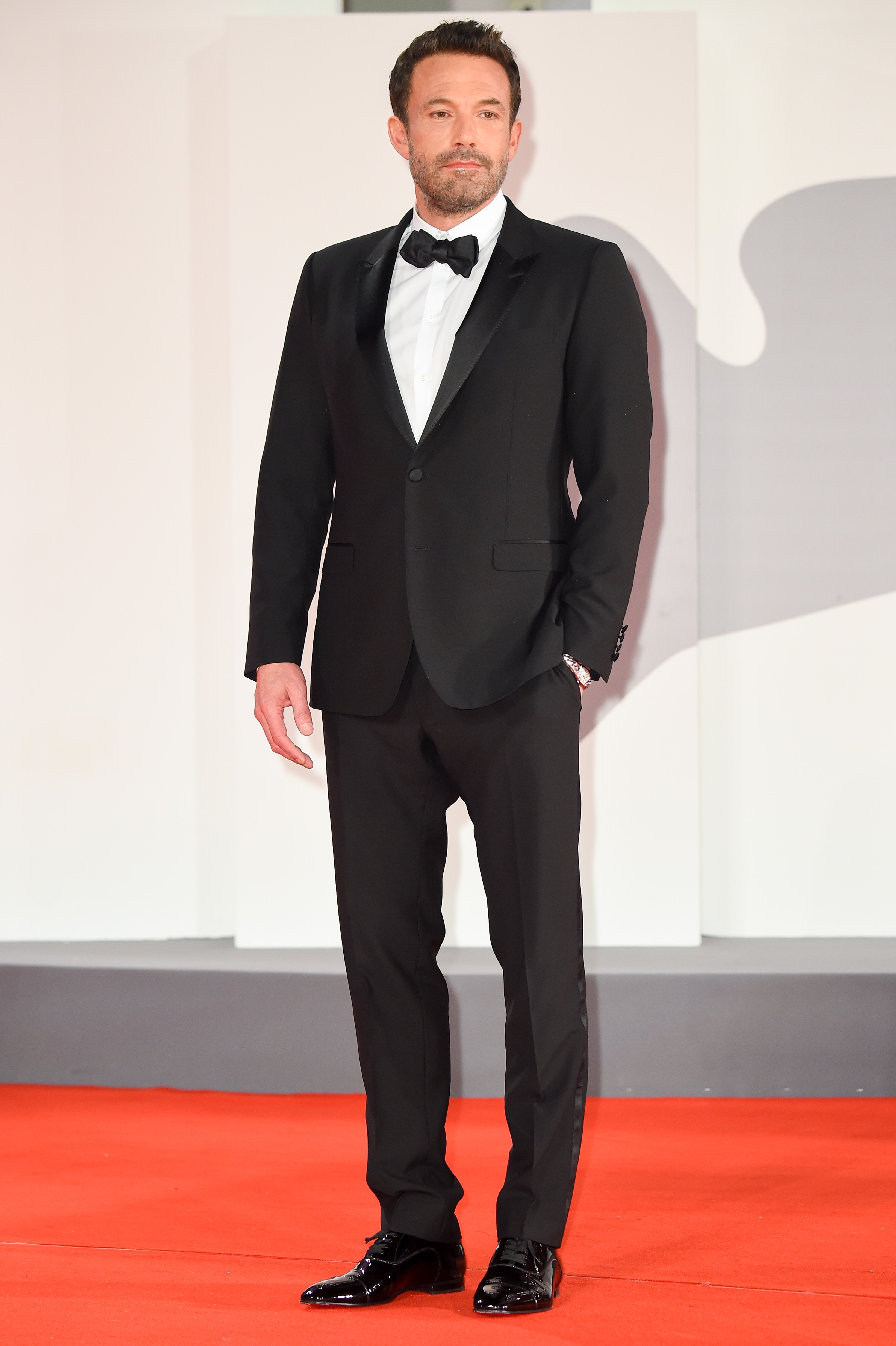 Welcome to the Biggest Fits of the Week, a roundup of the strongest, wildest, and simply biggest celebrity fits from across the globe.

What more is there to say? Ben Affleck is thriving—and at the Venice Film Festival to promote his new movie The Last Duel, he was certainly dressing like it. Nothing fancy or flashy here—just a really good tux on a guy who clearly feels good wearing it right now.

Appearing on a talk show while carrying that talk show’s tote bag: good for scoring brownie points, and also schlepping your laptop and a few snacks.

If it ain’t broke, don’t fix it: Cudi knows he looks damn good in a dress (or skirt, as may be the case).

The designer took the bow at his runway show in a purely down-to-business look—and one you should copy, like, tomorrow.

There are few people on the planet who have more fun wearing a suit.

The Fear of God blazer turns a quiet hoodie-and-jeans fit into a tasteful, considered, ’90s-magazine-ad extravaganza.

OK, so not every NBA player wore a kilt at fashion week. SGA still looked great, though.

Zaddies Are Back At Prada