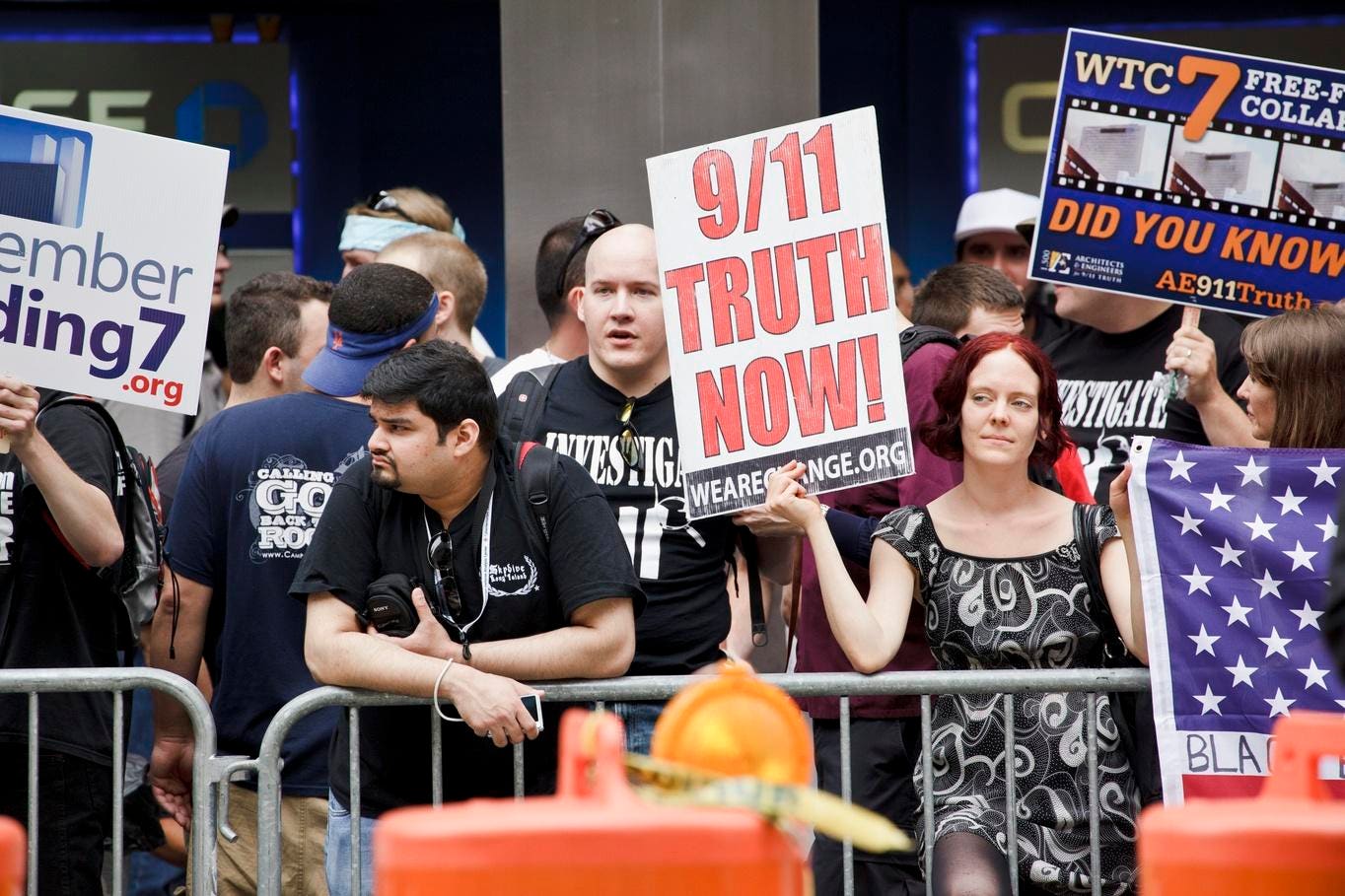 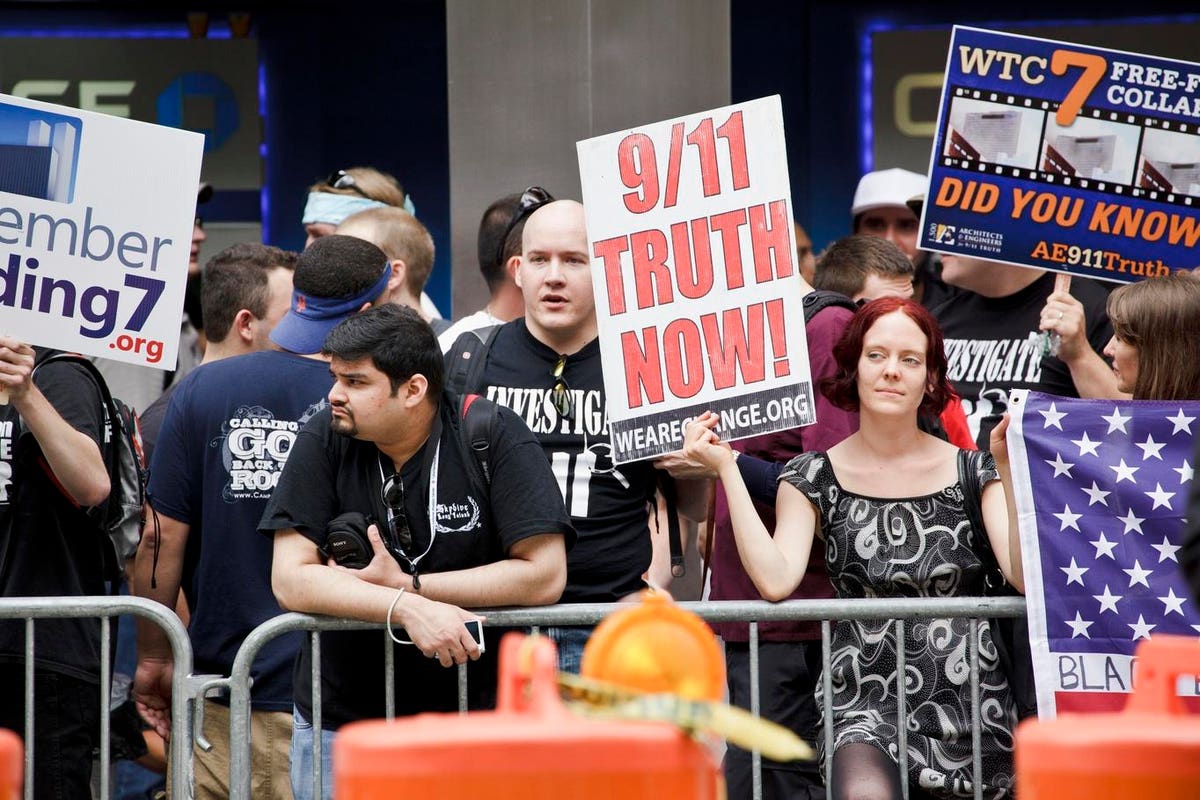 It has been 20 years since the tragic events of 9/11 and in those two decades the world has changed. The Pentagon was repaired and New York City recovered, even if the day wasn’t forgotten. In fact, much like December 7, 1941, the late summer day will forever be remembered as it rightfully should.

However, even after all these years the 9/11 Truth movement also lives on, as do the countless conspiracy theories. Even as the official report should have to put to rest the most dubious of claims – “jet fuel cannot melt steel beams” or that the World Trade Center’s Twin Towers demolished by explosives – the conspiracy theories continue and are widely shared on social media.

“9/11 was the first major crisis to take place in the social media era,” said Prof. Sinnreich. “While MySpace, Facebook and YouTube didn’t exist, there were proto-versions of other social media sites, and web 2.0 was already starting to show the capacity for viral media to be shared.”

That of course included the images of the second plane hitting the World Trade Center, the buildings coming down and the aftermath as many people were covered in dust.

“So much sentiment could be condensed to just a couple of megabytes and shared around the world,” added Sinnreich.

But just as how early social media allowed the events of 9/11 to be shared, it also created an opportunity for conspiracies to grow more rapidly. In the days before the Internet, conspiracy theories largely were confined to books and magazines, and perhaps a few radio programs. The Internet allowed a real-time evolution where like-minded individuals could more readily communicate and share their opinions.

Social media has further magnified this – and today it continues with QAnon, the origin of Covid-19, and most notably the results of 2016 and 2020 elections.

“There has been a long pre-history of conspiracy theories in the political space,” said Sinnreich. “9/11 allowed for a spread of disinformation from both sides. From the extreme left came these theories that sowed doubts on the legitimacy of George W. Bush’s presidency as well as his possible involvement, but from the ultra-right there were these theories that a powerful cabal was secretly pulling the strings and was somehow involved.”

9/11 was arguably the first major cable news event to dominate the 24-hour news cycle. From the minutes the first plane hit the towers every TV station covered it throughout the day, and into the days that followed it was the lead story on the cable news channels.

Misinformation occurred throughout that day, including reports that there had been a car bomb at the State Department. That turned out to be untrue, but the media also jumped the gun with reports that WTC Tower 7 had collapsed. That proved to play into the conspiracies, but where the mainstream media can correct its mistakes and clarify details, the same isn’t true of social media.

“9/11 theories have been fueled by social media infrastructure that allows the content to bypass the traditional media gate keepers that would carefully scrutinize it before it reached the general public,” explained Sinnreich.

“Social media allows these sorts of conspiracies to be discriminated completely unchecked,” added Dr. Kurt Braddock, associate professor in the school of communication at American University. “There is already so much misinformation and disinformation, and with conspiracy theories, social media is able to give it a platform where it creates a community to those who believe. That in turn creates an echo chamber, and once you’re convinced it could be true there is no argument.”

Today that echo chamber is amplified due to the divide in our country, but when it comes to conspiracy theories, the likeminded are so quick to support another, as Dr. Braddock noted has resulted in an online community.

“We also see that people who believe that a conspiracy have a hard time being convinced otherwise, because it is part of their reality and their identity,” said Braddock. “Arguing with them and even presenting facts is a threat to their belief structure.”

These individuals often don’t want to debate a conspiracy, and instead seek to push their argument as if it is scripture.

“The hallmark of a conspiracy theory is that it is often invulnerable to an attack, even if at times it doesn’t make sense,” said Sinnreich. “People’s ability to ‘believe’ outstrips the mental ability to look at the logical evidence. This is not a new thing, because people can be quite good about crafting these theories so that they seem reasonable.”

This is certainly important to consider as many of the original conspiracy theories around 9/11 didn’t come true. If it was an inside job, the question is why? President Bush left office in 2009, so there was no fascist takeover, as some predicted.

“Conspiracies take shape when people can’t make sense of the facts as they are presented, so they create their own version of the events, and these continue to live on via social media,” said Braddock. “When some aspects of the theory didn’t come true, that just became part of the conspiracy.”

The 9/11 conspiracies may also live on because the terrible events began at the beginning of the social media era, and for some are always there.

“It is because of the pervasive nature of social media – it is accessed on your phone, your computer at home, your computer at work, you live with it all the time,” said Kenneth Gray, senior lecturer in the Criminal Justice Department at the University of New Haven. “That is why 9/11’s theories continue to this day.”

Trolls Rather Than Evangelists

Another reason that some of the 9/11 conspiracies live on is not because some people actually believe, but because  the theories are actually spread disinformation.

“This is actually a form for trolling online that has been seen on platform such as 4chan, but increasingly social media allows the trolls to be able to enjoy the effects of their conspiracy theories,” added Gray. “Some of the people responding are playing along with it to enjoy the effects, but others take it to be the gossip, as an alternative view point. It may fly in the face of the facts, but they still believe the story.”