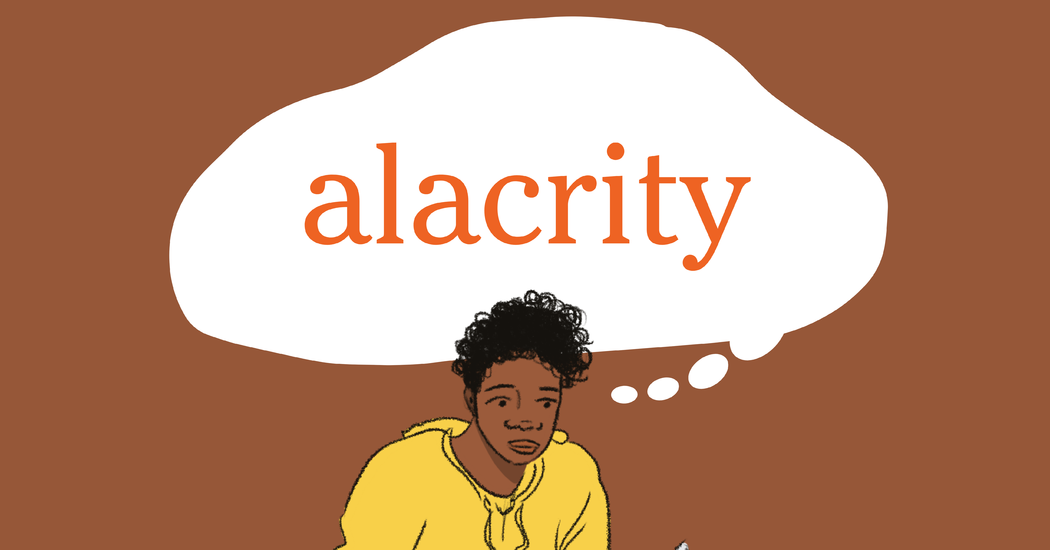 The word alacrity has appeared in 16 articles on NYTimes.com in the past year, including on July 12 in “Barcelona Wants to Keep Lionel Messi. La Liga May Not Allow It.” by Tariq Panja:

Messi wants to stay at Barcelona, the only professional home he has ever known, and Barcelona desperately wants to keep him. But the club’s dire financial straits and a series of fateful decisions by team management — including the potentially disastrous one to let Messi’s contract expire at the end of June — have imperiled what is arguably the most successful association between a club and a single player in soccer history.

… But while Barcelona has collected money at breathtaking speed in recent years — in 2019 it became the first club to surpass $1 billion in annual revenue — it also spent with even more alacrity, living life on the financial edge through impulsive management, rash decisions and imprudent contracts. Messi’s most recent four-year deal alone, if he met every clause and condition, was worth almost $675 million, a sum so large that it had an inflationary affect on the salaries of all of his teammates, fueling a payroll that now eats up about three-fourths of Barcelona’s annual revenue.

Can you correctly use the word alacrity in a sentence?

If you want a better idea of how alacrity can be used in a sentence, read these usage examples on Vocabulary.com.