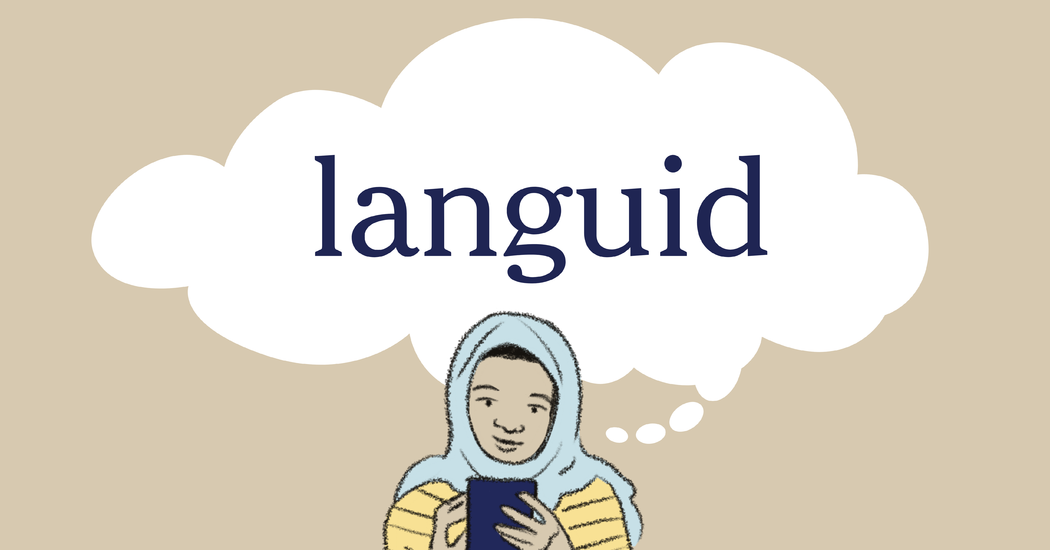 2. with little speed, force or energy

The word languid has appeared in 58 articles on NYTimes.com in the past year, including on June 14 in “Mushballs and a Great Blue Spot: What Lies Beneath Jupiter’s Pretty Clouds” by Kenneth Chang:

An early problem with the propulsion system led mission managers to forego an engine firing that would have shortened the orbit to 14 days from 53 days. The mission’s scientists had to be more patient but that has become a blessing.

In the original timeline, Juno would have completed its work by early 2018. With the spacecraft’s more languid trajectories, researchers will get to watch changes in and around Jupiter that they might have missed had the mission wrapped up sooner.

Can you correctly use the word languid in a sentence?

If you want a better idea of how languid can be used in a sentence, read these usage examples on Vocabulary.com.