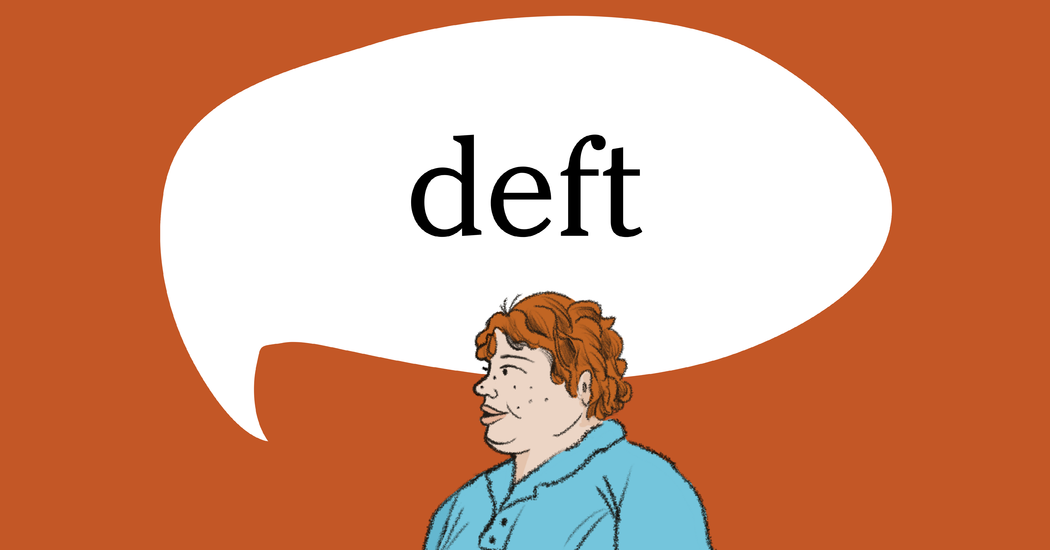 : skillful in physical movements; especially of the hands

The word deft has appeared in 138 articles on NYTimes.com in the past year, including on Aug. 3 in “A Cat on the Field. A Mantis on a Hat. Monday Baseball Had It All.” by Daniel Victor:

An animal unexpectedly gets loose on a field of competition no more than a handful of times per year, and fans typically agree that it never gets old. In 2019, a cat scurried into the end zone at Giants Stadium. In 2017, a cat perched on the Miami Marlins’ gaudy home run sculpture.

Most times, the animal — typically a terrified cat — displays deft skill in evading human capture until it decides to run off the field on its own terms. The fans in the stadium typically root for the cat against the villainous grounds crew, and TV announcers gamely narrate the drama.

Can you correctly use the word deft in a sentence?

If you want a better idea of how deft can be used in a sentence, read these usage examples on Vocabulary.com.