This article has been written by Swati Mishra, pursuing a Certificate Course in Advanced Criminal Litigation & Trial Advocacy from LawSikho. 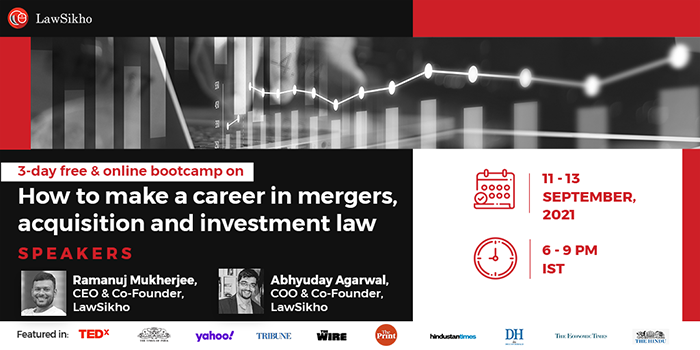 The word ‘custodial death’ always reminds me of Sarabjeet Singh, an Indian prisoner who died after being brutally assaulted in police custody in the KotLakhpat jail in Pakistan on 2 May 2013. He was proclaimed to be a martyr and his body was cremated with full state honor. Even three-day mourning was announced. The Government of India and the Government of Punjab announced a compensation of Rs. 25 lakhs and 1 crore respectively to the next kin. Of course, all this is laudable. My question is what happens to all those political leaders and Indian citizens who demanded justice for Sarbjeet Singh when the same thing happens in our country. I don’t remember any such incident when the Government has ever taken responsibility for any custodial death or ever announced a fancy amount of compensation as done in Sarbjeet’s case or has ever executed speedy prosecution of the officers responsible for the death. A recent report highlights that 1731 people died in custody in 2019. Of this, 1606 died in judicial custody and 125 in police custody. India signed the UN Convention against Torture and other Cruel, Inhuman or Degrading Treatment or Punishment on 14 October 1997. It stands behind 161 nations as it is yet to ratify it. Of Course, the state can’t restore the life of a person, but speedily granting compensation and initiating prosecution of the accused is a small step for the better good of mankind.

Article 21 of the Indian Constitution guarantees the right to life and personal liberty. The Hon’ble Supreme Court from time to time through its various landmark judgments reiterated that certain rights such as ‘Right against the inhuman treatment by the police, ‘Right against handcuffing’, ‘Right to a fair and speedy trial’, ‘Right to free legal aid’, etc. are an integral part of Article 21. Custodial death is the death of a person who is detained in a prison by police during the pre-trial, trial, or after conviction. The following are different kinds of custody :

When a suspect dies in police custody, it is disgraceful to the Constitution. There are various reasons for custodial death. They may be torture, illness, suicide, and accident. The death of a person who is under the custody of the authority and is a responsibility of the state raises serious questions about the ‘violations of rights of the victims’, ‘responsibility of State to curb such offence’, and ‘the need for enactment of suitable legislation.’ The ultimate aim of the article is to explain various provisions relating to the grant of compensation for custodial death.

In judicial custody an accused is sent to prison where the police require the permission of jail authority for the investigation. So, if a death occurs in jail is death during judicial custody, it may be due to natural or unnatural causes. In case of natural death, the SDM conducts a magisterial inquiry under Section 176 of CrPC and no compensation is provided in such cases. Except for Tamil Nadu and Andhra Pradesh as they have provision for compensation in case of natural death. The unnatural death is dealt with under four heads namely suicide (Section 309 IPC), accidental death (Section 304A IPC), murder (Section 302 IPC), medical negligence (Section 304 IPC). In case of unnatural death also judicial inquiry under Section 176 of CrPC is conducted and compensation is awarded to the victim.

There are several incidents of custodial deaths and most of the deceased belong to the marginalised section of the society. The accused officials would indeed be prosecuted and justice shall be delivered in due course of time. But the most striking question is that what about the family that has just lost one of their beloved members, especially the one family who has lost a bread earner? The saddest part of the story is there is no express mandate in our Indian constitution for the grant of compensation for unlawful detention or custodial death. Article 21 is considered to be of the widest amplitude as it imbibes in itself the right to compensation. ‘ Compensatory Jurisprudence’ is a classic example of the Supreme Court’s creativity. India is a party to the International Covenant on Civil and Political Rights, 1966 (the ICCPR). According to Article 9(5) of the ICCPR “Anyone who has been the victim of unlawful arrest or detention shall have an enforceable right to compensation”. India owes its obligation to the International community; Article 51(c) of the Indian Constitution dictates, “The State shall endeavor to foster respect for international law and treaty obligations in the dealings of organized people.”

The NilabatiBehera v. the State of Orissa was the first case in which the honorable Supreme Court systematically analyzed the right of undertrial prisoners to seek compensation. NilabatiBehera sent a letter to the Supreme court demanding justice for her 22-year-old son, SumanBehera, who died in police custody. She sought compensation for the infringement of the right to life of her son. The Supreme Court took suo-moto action on the letter. The three-judge bench comprising Justice JagdishSharanVerma, Justice AS Anand, and Justice N. Venkatachala observed that the remedy or award of compensation can be sought under Article 32 or Article 226 of the Constitution. The bench asserted that the right or remedy of compensation is an acknowledged remedy for enforcement and protection of fundamental rights and it would be highly unjust to expect a socio-economically disadvantaged person to pursue ordinary civil proceedings for the enforcement of his rights in the tort of law. The court in the instant case awarded 1.5 lac rupees as compensation to NilabatiBehera and ordered the Orissa Government to initiate proceedings against the perpetrators. To conclude the following principles emerged from this judgment:-

Despite the plethora of judgments that recognizes the right to compensation as a facet of the right to life under Article 21 still, there is ambiguity as to in which kind of cases the compensation requires to be awarded. In Sube Singh v. the State of Haryana, the Supreme Court tried to remove the ambiguity and defined a range of cases relating to custodial torture in which compensation can be awarded. While deciding the question of whether or not to grant compensation for the infringement of fundamental rights, the three questions need to be addressed.

Unfortunately, there is no uniform method of calculating compensation despite so many socially motivated judgments. Different courts of the country adopt a different approach and methodology of awarding compensation.

In a recent case of Ruvee Parveen v. State of NCT Delhi and Ors, on the 4th of May, 2021, the Delhi High Court directed DSLSA to put in motion the procedure for compensation. In the instant case, the deceased Salman was arrested on 11th November 2020 on an allegation of theft of a vehicle. He passed away on the next day of remanding to judicial custody. His wife Ruvee Parveen, the petitioner filed a petition seeking compensation of Rs. 1 crore for the violation of the fundamental right of life. DSLSA submitted to the court that Delhi Victim Compensation Scheme, 2018 has a provision to grant compensation to the legal heirs or deceased which would be a minimum of Rs.3 lacs and a maximum of Rs.10 lacs. The Delhi High ordered the DSLSA to initiate the procedure for the grant of compensation.

From various legal pronouncements, we conclude that the following principles are noteworthy:-

There is no explicit provision available in the Indian Constitution that acknowledges the right to seek compensation for the violation of the fundamental right to life. Through its various judicial pronouncements, the Honourable Supreme Court established it as a rule of law. When a wrong is done to a person languishing behind bars, a paltry sum of money is paid to him to undo the injustice done to him. The most saddening thing about this is that there is still a lack of clarity on the quantum and procedure of compensation to be paid. Therefore, the development of a unified compensatory jurisprudence is the need of the hour otherwise the compensation cases would be mistaken as a lottery wherein the amount is determined by chance.