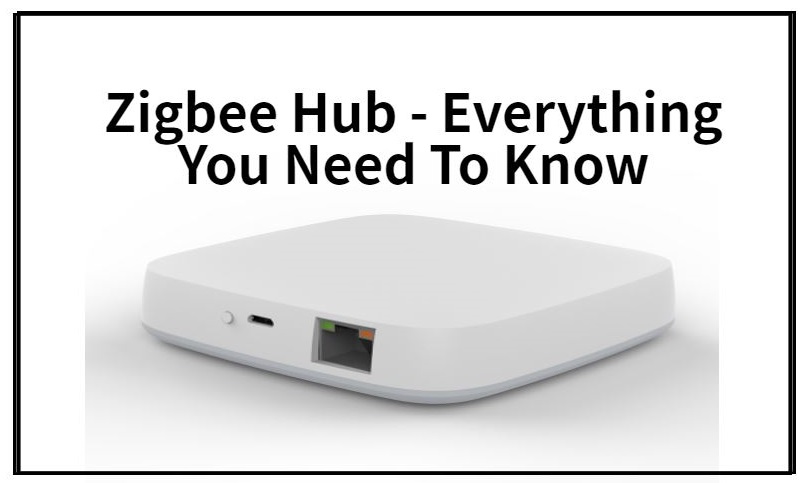 In technical terms, Zigbee is one of the mesh networks that uses low energy and common language across the smart home devices to allow the devices to communicate with each other without them needing to use standard communication means like Bluetooth and Wi-Fi which are absolutely unnecessary and rubbish when it comes to home automation.

Zigbee is based on IEEE’s 802.154 standards regarding the personal-area network. One can find hundreds of devices that use Zigbee from major brands like GE, Nest, and Philips Hue. Zigbee protocols though do not use Bluetooth and Wi-Fi as a means to establish communication, they require a certain receiver to be installed somewhere near the periphery of your Wi-Fi device or network for enabling itself to communicate in signals between multiple devices.

Zigbee has also been around in the market for over a decade and is considered as an alternative to Wi-Fi and Bluetooth depending applications which also include low-powered devices used in the home automation industry that do not require loads and loads of bandwidth.

Zigbee – Why is it Important for your Smart Home

The maximum communication range is 300+ meters given that the line of sight stays clear and when indoors the maximum range becomes 75-100 meters. Systems like these need to support lots of devices simultaneously to maintain a smooth flow of communication between and luckily, Zigbee does it by its ability to support 65,000 devices at any given moment.

Zigbee operates at the speed of 2.4Ghz which speeds up the signal transfer rates between the devices connected in the mesh. The number 2.4Ghz may sound similar to you if you know about laptops or Wi-Fi enabled devices. That’s because everything nowadays works on the very spectrum of speed with some dips or ups here and there depending on the device.

Zigbee also claims to fire data at a reasonable speed of 250kbps which is considered pretty good. It is also known to use the AES-128 symmetric encryption as a security option which makes it safe from hackers.

If you are planning to automate your household withs loads and loads of Zigbee devices then you must know that a hub is necessary to bring all the devices together which makes them easier to control on the other hand if you don’t then you will need to set the devices individually and that’s a lot of work. Echo Show 10, 2020 Echo, and Amazon Echo Plus are a few of the tech pieces that work as a Zigbee hub to interconnect all the other Zigbee Devices.

Zigbee isn’t the only standard out in the market, Z-Wave from Zensys is another alternative for the Zigbee. Z-wave is somewhat different from Zigbee in some aspects and many companies have signed up a deal with it too.

Devices using Zigbee wouldn’t be able to establish communication with the devices that use Z-Wave and vice versa. Z-Wave has a signal of about 100m and is also considered to have a good range. It also runs on a separate spectrum which Wi-Fi cannot interfere with.

We all might have a question like, “what kind of devices use Zigbee?” But before answering this question let’s make things easier to understand by knowing that the maker of Zigbee started an alliance back in the year 2002. The companies like Amazon, Ikea, and Samsung back then came together and signed up the agreement to use the Zigbee tech. At present, the total number of Zigbee Alliance members sits at 400 and has stacked up to 2,500 devices in between themselves.

However, as we call it the name ‘Zigbee Alliance’ is no more as it had to be rebranded to the CSA (Connectivity Standard Alliance) as its involvement flowed in the Project CHIP. The Zigbee Alliance as we call it recently announced regarding the total numbers of chipsets that were sold. The number was said to be half a billion and the alliance also predicts that by 2023, Zigbee Alliance Technology will deliver 3.8 billion IEEE 802.15.4 units.

Project CHIP was announced by the groups like Apple, Google, Amazon with the Zigbee Alliance itself in 2019. It was aimed at simplifying the compatibility for the smart home users and the manufacturing process for the manufacturers. Project CHIP is almost ready and soon will gain a new name expected to be ‘Matter’.

The name ‘Matter’ will appear on all the devices that are compatible with each other mainly in the smart home industry, which will make the consumer’s job of identifying the compatibility of the device easier. However, all those devices will not be limited to the Zigbee Alliance as the CSA (Connectivity Standards Alliance) will be playing a major role.

As we saw earlier that, hundreds of devices use Zigbee as a means of communication however, the names listed below are considered as one of the big and the best players to look out for in the smart home/home automation market:

When we talk about “home automation” we indirectly refer to the devices that make the automation part possible.

One of the things that make it is none other than Zigbee!

Hope this guide helped you!!

How To Speed Up My Hp Laptop