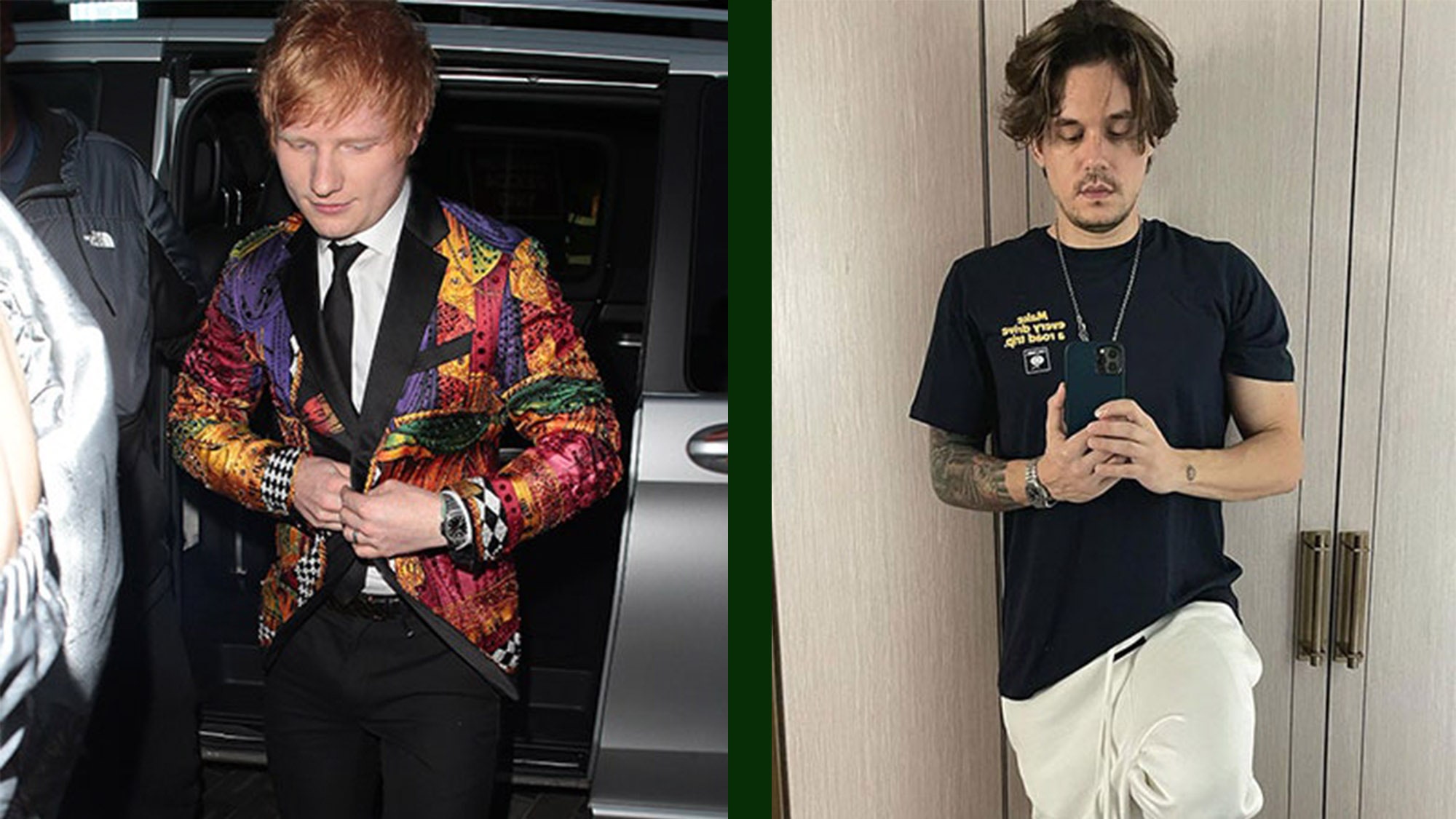 Welcome to the fight of the century. Let’s set some ground rules: the challengers take the brand-new green-dial Patek Philippe Nautilus—originally priced at roughly $35,000 but already selling at auction houses for $376,000—and find a way to zhuzh it up even more. In one corner, we have John Mayer, the most influential watch collector alive. In the other, we have Ed Sheeran, Mayer’s Hodinkee coworker and a voracious collector of rare timepieces.

You may be wondering what’s so special about this green-dial Nautilus anyway. Well, for starters, its blue-dialed brother is already the most desired watch in the world, a piece that inspires years-long waitlists. Layered on top of that is the fact Patek is ceasing production of the 5711 model by year’s end—meaning this green-dial version will be made in 2021 and then never again. This is the stuff watch lore is made of, and yet the baseline model still isn’t enough for either Sheeran or Mayer. Let’s see what they brought to the table this week.

Sheeran is not afraid of untraditional watches. He owns other Nautilus watches customized by Bamford and way-out-there Richard Mille pieces. For the British GQ Men of the Year Awards ceremony, Sheeran wore the green-dial 5711 with a diamond-set bezel. The watch’s bezel is set with a row of 32 baguette-cut diamonds for a total of roughly 3.6 carats. Presumably, every auction house in the universe is convening a prayer circle in hopes one of these comes their way.

After drinking in Sheeran’s diamond-set Nautilus, you might think Mayer’s isn’t all that special. But what Mayer’s watch lacks in flash it makes up for in small details. On Instagram, Mayer posted a close-up of the watch where you can see that it’s received the mythical Tiffany & Co. stamp. You could Tiffany stamp an expired carton of milk and collectors would probably still clamor for it. Adding that detail to this particular Nautilus puts this watch in a tier of its own. If this were really some sort of flex-off between Mayer and Sheeran, we’d have to give the nod to Mayer. At least Sheeran’s watch has a product page.

As promised, Djokovic wore this blue Big Bang at the U.S Open. Over the weekend, the Joker announced that he was signing a deal with Hublot after going as a watch free agent for two years. While Djokovic will one day wear a performance watch made in collaboration with the brand on the court, this isn’t a bad stopgap. The Big Bang is part of Djokovic’s cohesive look for the tournament. “My shoes and gear will be blue, so I decided to go blue all the way,” he told GQ.

The Cardi B family is flush with great watches. Offset has a large, very icy collection and the couple’s daughter Kulture recently got a Richard Mille for her third birthday. Still, the matriarch of the family has the best collection of the three. She recently showed off her Patek Philippe World Time and was seen in New York this week wearing a bust-down Royal Oak. The watch on the right isn’t an exact match—Cardi added diamonds to hers after it left the factory—but both share those big, juicy diamonds.

Page’s Legend Diver is a recreation of a Longines watch from the early ‘60s. In 2007, the brand revived the line and has continued to spit out new variations of the watch. Page’s comes with a very pretty gradient green dial and a bronze case. Collectors most appreciate what’s not on Page’s watch: this new release hews closer to the original diver watch by stripping the date display, which was added to most of the recent Legend Divers.