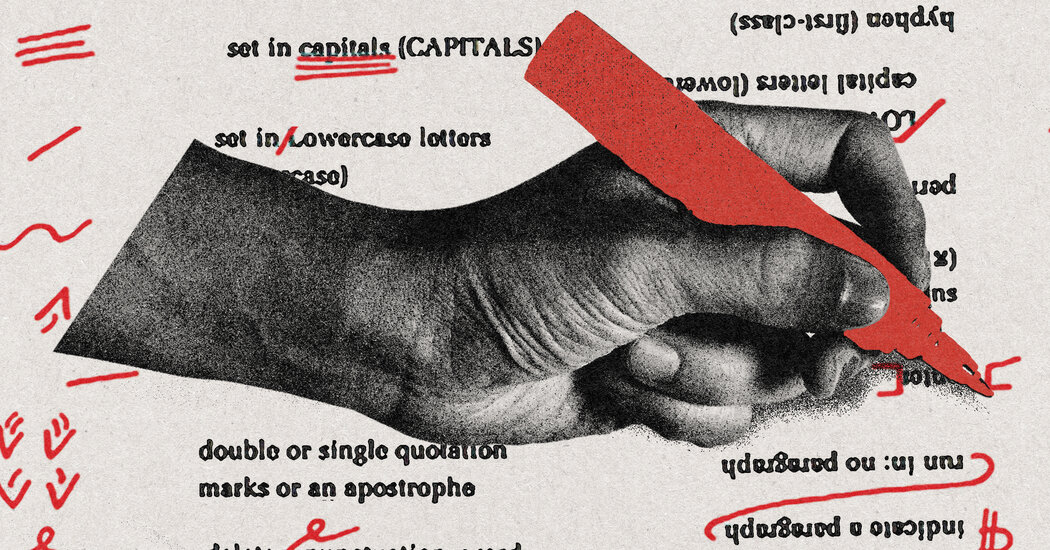 The first questions we were asked as interns at The New York Times were usually: “What do you do there? Where can I see your work?”

Well, that’s a bit tricky because we worked on the Flex desk.

When we told people outside The Times that we published our first articles, they were confused as to why our names weren’t included. They were puzzled why we weren’t out in the streets conducting interviews or scrolling our phones for sources. They didn’t understand that we spent the summer working alongside a SWAT team of editors who are truly unsung heroes of the newsroom.

The Flex desk may not have a recognizable name like Styles, Books or Sports, but it exemplifies editing at its finest, which is covert protection.

The editors on the Flex desk serve as a kind of last defense before Times journalism reaches readers, making the language clearer, catching mistakes in articles, headlines, captions, videos — you name it — and maintaining Times standards in style and grammar. They’re the ones who see the shore if a reporter is lost in a sea of words.

Every piece of news at The Times is edited by at least two people other than the writer. Typically, an editor in that reporter’s department will look at the article first. Until a few years ago, a copy editor in that same department would read it second.

In 2017, however, The Times eliminated the copy desk, and this decision wasn’t met without controversy. It soon became clear that “there was a glaring need to restore some of the ancillary luxuries that a copy desk had once afforded,” according to a note from our boss, Peter Blair. This became the motivation behind the Flex desk’s creation in February 2019.

Now, when other departments need help, a second read will most likely be done by editors like us on the Flex desk, who can read any piece of text from anywhere in the newsroom. In fact, at some point, one of our colleagues on the Flex desk edited this very piece. (And for whoever did that: Thank you!)

Editing for style means ensuring that articles are consistent in the way words and names are presented. For example, we always spell out “United States,” instead of saying just “U.S.,” if it’s used as a noun, except in headlines, digital summaries, certain newsletters, charts and social media posts. (There are seemingly hundreds of rules like this.)

Editing can be tricky and sensitive when you’re a new face, especially when you edit an article by a veteran reporter. However, we couldn’t have been better trained, and we dived headfirst into this world. We were taught how to refine our “editing eye,” to look out for dangling modifiers, watch for instances where a word or phrase could be misinterpreted and spot passages where an article’s tone just seemed off. It was the best English class we’ve ever taken.

Every day, we would read articles from across the newsroom. We edited stories about Olympic records, the Delta variant and scientific discoveries about fireflies. Our 10 weeks went by in a blink, but they also felt like a lifetime. We learned more than we could ever imagine, not only about the topics we covered but also about how painstaking, relevant journalism is done.

We also witnessed nearly an entire newsroom operate virtually. Reporters and editors produced creative and boundary-pushing journalism from their living rooms, and we learned the skeletal foundations of editing in our bedrooms. Instead of hearing office noises like the ringing of telephones, a cacophony of clacking keyboards or the murmurs of colleagues, the noises of our block became the soundtrack to our workweek. Having your fridge nearby wasn’t the worst thing in the world.

Throughout this internship, we learned valuable things that you can’t absorb in a classroom. The editing process isn’t a monolith, and errors happen. Journalism is about humanity at the end of the day, and humans make mistakes. But when we do, we admit it, correct it and try to do better next time. And on the Flex desk, there’s always a next time. Usually on deadline.

Word of the Day: amenable