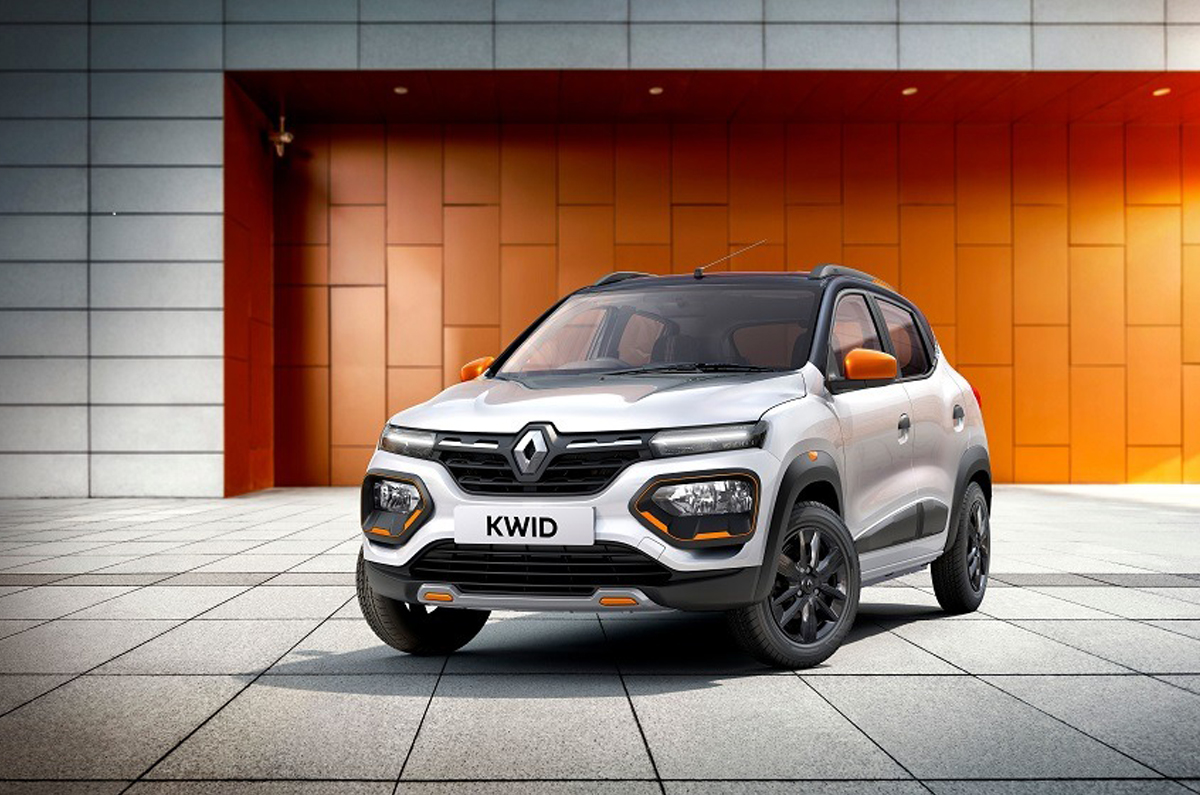 Renault India has announced that all variants of the Kwid will now come with dual airbags as standard. Additionally, the brand has also announced discounts and benefits on select variants across its India line-up, as part of Renault’s 10th anniversary celebrations in the country.

The biggest update on the 2021 Kwid is that Renault has introduced dual airbags as standard across all variants of the Kwid. Until now, base variants of the Kwid were only available with a driver side airbag. It has also been updated with front driver side pyrotech and pretensioner. This now makes the Kwid compliant with current and upcoming safety regulations in India.

Additionally, the Kwid Climber Edition now gets a new dual-tone paint option in white with a contrasting black roof. It has also been updated with features like electric ORVMs and day and night IRVMs.

Mechanically, the Kwid continues with the 54hp, 0.8-litre engine and the larger 68hp, 1.0-litre petrol unit. Both engines are offered with a 5-speed manual gearbox, though the larger 1.0-litre unit is also offered with an AMT option.

Here’s a look at the detailed price list of Renault Kwid for the 2021 model year.

As part of its anniversary celebrations, Renault is offering benefits of up to Rs 80,000 on select variants across their product range, valid through September 2021. Renault has also introduced 10 unique royalty rewards with maximum loyalty benefits of up to Rs 1.10 lakh which is over and above the regular offers

Renault India: what else is new?

The French brand’s latest offering in India, the Kiger compact SUV has brought back a decent amount of footfalls at the outlets with healthy sales numbers too. Renault’s popular MPV, the Triber recently got a major variant rejig. Read more on that here.