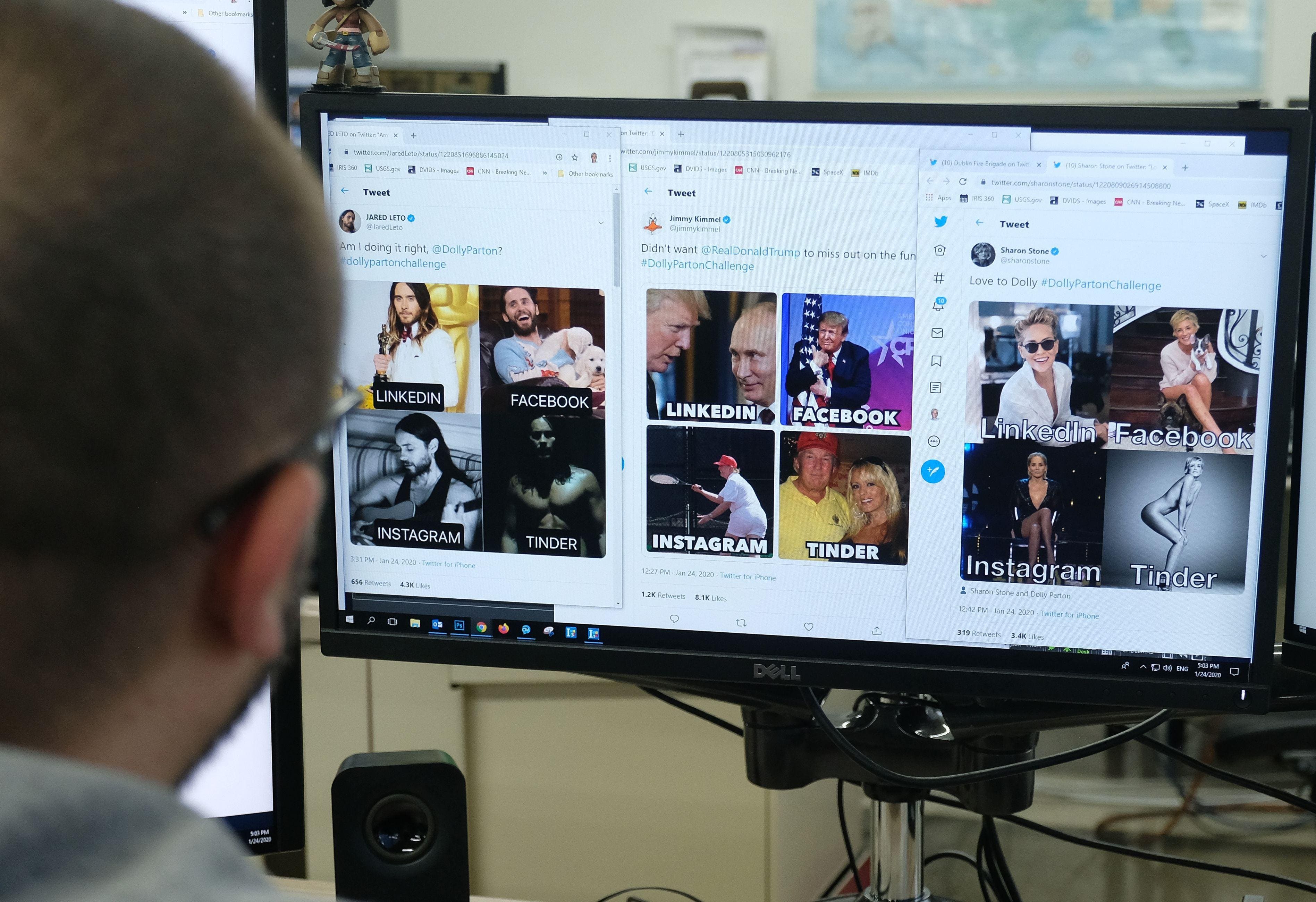 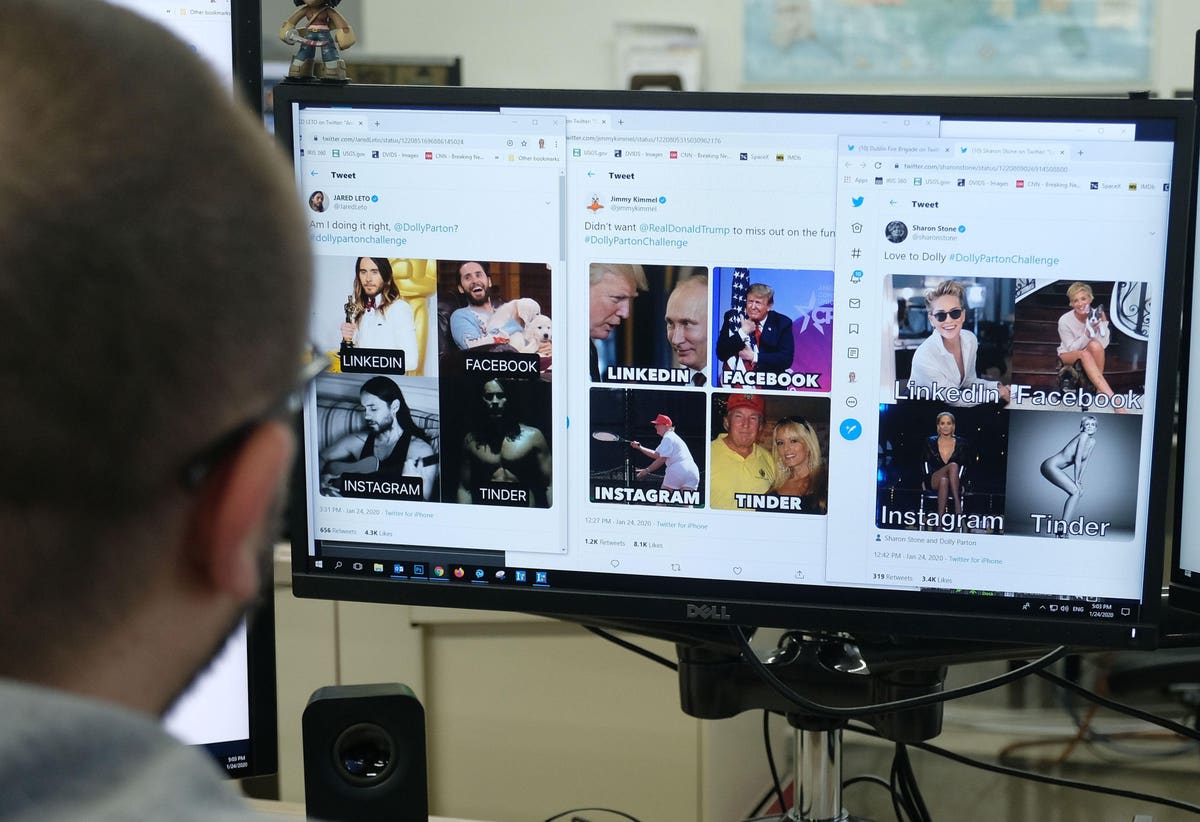 Hardly a day goes by on social media when GIFs featuring a smiling Denzel Washington or a baby’s passion isn’t put on full display. Neither of those memes are particularly new and nor could either be considered the least bit original. Yet, both have seemed to be around forever, and they appear with disturbing regularity – the former used any time a celebrity’s name is trending to suggest happiness that said individual isn’t dead, while the latter is used to conveys celebration with little subtly.

Even as both of those are all too common, few may know the origins of each.

How Do You Know?

In the case of the “Relieved Denzel Washington” animated GIF, it is from the largely forgotten 1998 movie Fallen. Washington starred as Philadelphia police detective John Hobbes, who was charged with investigating an apparent copycat serial killer. The film is a paint-by-numbers thriller and isn’t especially noteworthy except for the fact that the meme has taken on a life of its own. Across social media it is used to convey the aforementioned relief, but in the context of the film, Hobbes is actually asking, “How do you know when the moment comes” just as the phone rings, causing him to put his hand to his chest.

The misunderstanding isn’t hard to see.

Even film and TV reporter Candice Frederick (@ReelTalker) was taken back a bit when she took to Twitter last year to discuss the meme’s origin:

The particular scene that became the Denzel meme likely would have been forgotten, but then made its first appearance in 2014 when it was posted on Reddit before spreading to Twitter a short time, reported KnowYourMeme.com. Since then it has become one of the most overused go-to memes on social media.

Almost as ubiquitous a meme on social media is the seemingly overzealous baby seen cheering. The moment was so perfectly captured that it could almost seem like it was video manipulation or a sophisticated deepfake. But it was very real, and happened to be someone capturing just the right move. The image was reportedly broadcast on television in the spring of 2014 when then two-year-old Tyler Avolia reacted to the Pittsburgh Penguins hockey team scoring a goal. The pintsized hockey fan wasn’t coached, and the reaction is said to be genuine.

Not surprisingly it circulated across social media and even went viral with the hashtag #BuckleUpBaby – a nod to the team’s catchphrase at the time.

Over the years Avolia’s passion for hockey has continued, yet last year the then 8-year-old Ty told The Pittsburgh Post-Gazette neither he nor his mother can actually remember the moment that was captured for all time. Clearly the moment may have meant more to the masses, which is why it has been so enduring.

Avolia has been able to cash in on his fame, and it could be argued the meme has been used so much that it is well within the public domain at this point. However, at least one other child meme sensation has made some money.

That would be Zoë Roth – who is more famously or even infamously known by the nickname “disaster girl.” She became an Internet sensation after a photo made the rounds of her at four-years of age smirking in front of a burning house. It was the perfect image, and it has been “Photoshopped” or other manipulation hundreds of times, placing her on the Titanic or reacting to the asteroid that killed off the dinosaurs.

However, there is also more to the story. The now college age Ms. Roth said she remembered watching the flames when she turned to look at her father – an amateur photographer who asked her to smile as he snapped the picture in 2004. Yet it wasn’t until Dave Roth, her father, entered the picture in a photo contest three years later when the image took off. The image not only won the contest, but it was soon edited into various disasters from history.

Last year, the original meme was sold as a “non-fungible token” (NFT) for nearly a half million dollars. Technically it was sold for 180 Ether, a cryptocurrency that at the time of the auction valued the sum at more than $495,000. Moreover, the Roths even retained and copyright and will receive 10 percent of future sales – proving that it was a half-million dollar smile!

Why Do These Stay Around?

What all three of these highly popular memes have in common is that none are exactly new, but also show no signs of going away. At least in the case of the latter two of Avolia and Roth, they were actually moments that showed some authenticity – whereas we can only ponder how many takes it took the Oscar award winning actor to nail his brief performance?

But regardless of those facts, a question must be asked why these memes, like so many others, keep popping up when everyone with a smartphone has the ability to take new and original photos anytime?

“They are lazy, yet a beloved part of our pop culture and sometimes they exactly hit the moment,” said technology and telecommunications analyst Roger Entner of Recon Analytics. “These memes are like the joke about lawyers: We have too many lawyers but not enough good ones.”

The Power Of Memes

So why is it that a simple photo or a brief video clip takes on so much power? To understand this requires understanding what sets a “good” meme apart from the rest.

The very concept of memes actually predates social media, and the term “meme” was introduced in 1976 by British evolutionary biologist Richard Dawkins in his work The Self Gene. More recently, Limor Shifman, a key scholar in the study of internet memes, explained that memes must have three main attributes: 1) They contain cultural info passed from one individual to another that grows exponentially to become a shared social phenomenon, 2) They are recreated through various lenses of imitation, and 3) They are spread through competition and selection. Memes transform a static communicative event into a collective, shared social experience.

This also explains why the old, even tired memes, endure.

Likewise, Carver suggested that older and more popular memes relate to a wider age demographic, whereas newer memes may not be as well understood by some generations depending upon the target demographic. However, that doesn’t mean that all older memes are good – and that could also explain why Denzil and Baby Avolia stick around, while Roth’s smirking face has been pasted into countless images.

So until something can replace a zealous baby or Denzil’s wide toothy smile, they’re likely here to stay whether we like it or not!

Brian Williams’ Punchline On Anti-Vaxxers, Anti-Maskers Is A Showstopper