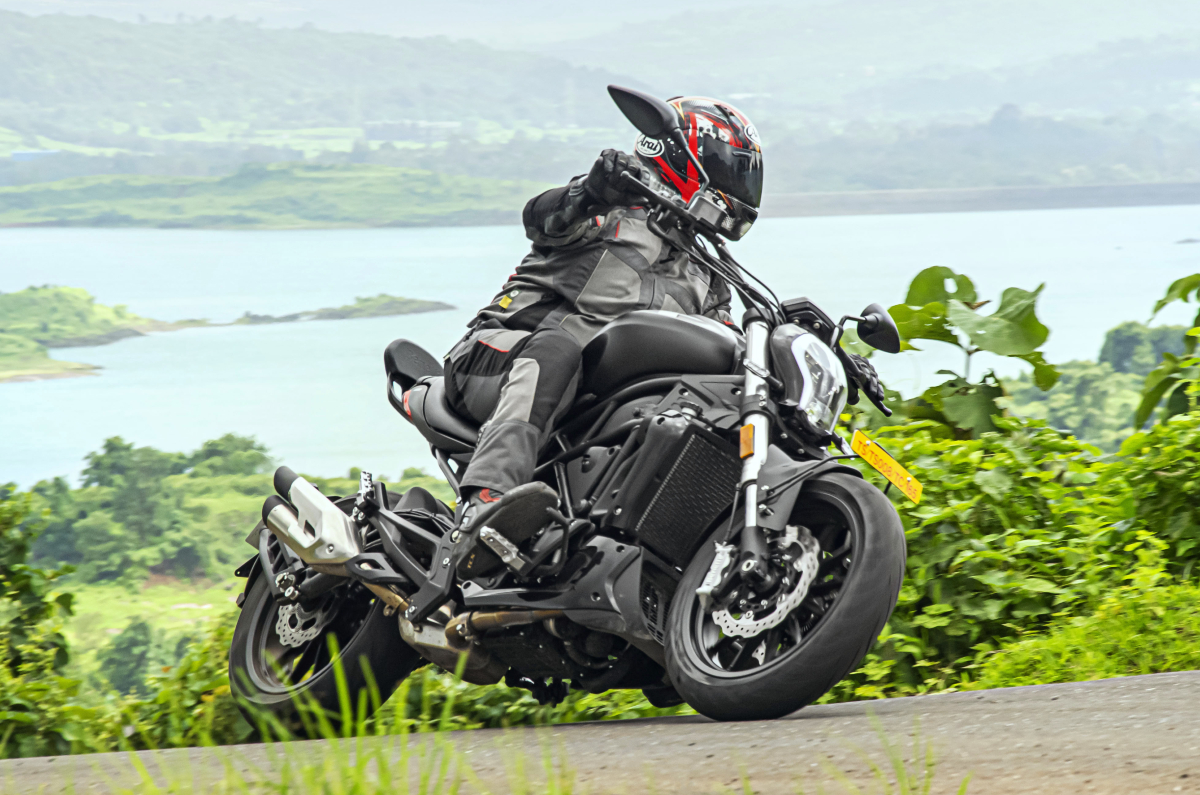 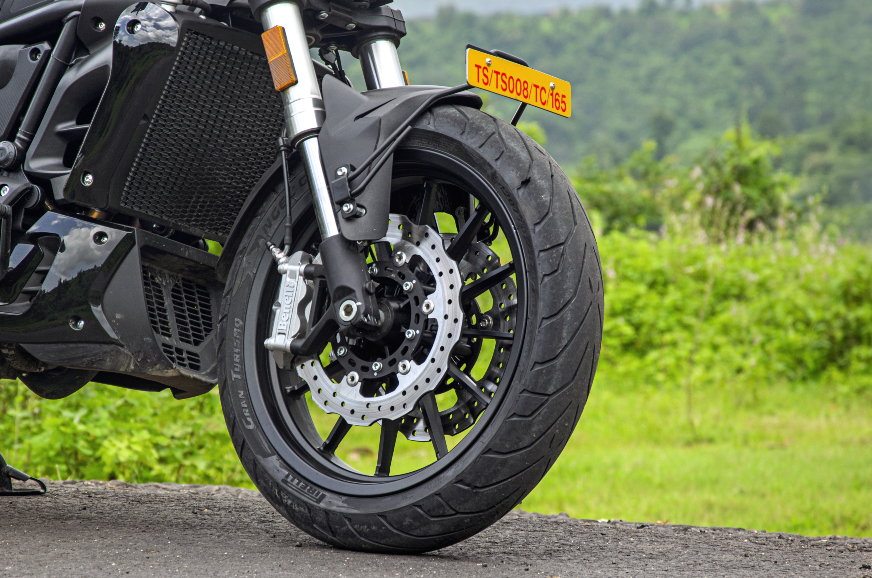 A few years ago, Benelli showcased the 502 cruiser to the entire world. There were collective gasps back then as its styling was considered a blatant rip-off of the hallowed Ducati Diavel. A scaled down model if you will. But there’s far more to a motorcycle than just the way it looks, and as we discovered over the course of our time with it, there’s more to this Benelli than meets the eye.

The positive side of the heavy benchmarking is that Benelli picked a motorcycle that’s become a bit of a modern style icon. That being said, it’s not a complete carbon copy and Benelli has added in a few of its own design elements, and some of these are quite quirky.

Take the LED headlamp for instance – the DRL’s shape reminds me of the mask you see in Scary Movie. Move to the side and the silhouette is highly reminiscent of the xDiavel, down to the placement of the pillion backrest. In fact, Benelli even gave it a Diavel-matching 1,600mm wheelbase, which is what gives it that long, low cruiser stance. Thankfully, unlike a Diavel, the ground clearance is a very decent 170mm. 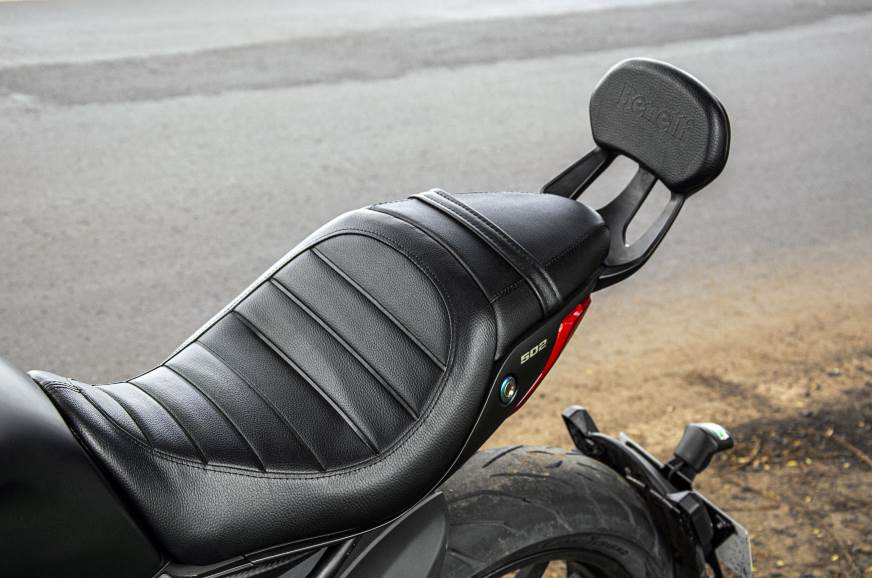 Taking a leaf out of the quintessential power cruiser design handbook, all the visual mass is concentrated around the beefy, 21-litre fuel tank, exposed steel trellis frame and the engine. The tail section has been neatly amalgamated with the rest of the motorcycle and elements like the twin-LED strips and the number plate holder with the integrated turn indicators are neat touches. However, it’s only when you move your gaze to the rear that the sense of proportion is a bit lost – the wide handlebar and tank make the 160-section tyre appear narrow. Just like the Diavel uses an oversized 240-section tyre, a 180-section tyre would’ve perhaps filled the gap on the 502 a lot better as well.

All being said, the 502C looks good from most angles and has the road presence to grab a tonne of attention and curious stares.

Benelli’s quality levels have improved in recent times, while the finishes are par for the course. In terms of equipment, there are LED indicators as well as a TFT display, which has a sensor to switch between day and night modes and also layouts. The clutch and brake levers are also adjustable but spinning them around leads to nearly insignificant changes in span. Another gripe is that, going by today’s standards, the display lacks Bluetooth connectivity and it’s also hard to read when the sun is right above.

Swing a leg over the bike and you immediately get the feeling of being seated on a big machine. The forward-set pegs, the big tank between your legs and the wide handlebar are what contribute to the effect. The handlebar, in fact, is so wide that you’ll have to be careful about knocking someone’s rear view mirror while filtering through traffic.

The rider’s perch itself is deeply scooped and pretty comfortable over long journeys. The same can’t be said about the pillion seat and it certainly isn’t for larger individuals. While the backrest may help with lending some much needed support to the pillion, unless you’ve got someone with a slim frame to tag along, it’s rather unusable.

The 502C’s twin-cylinder engine is a familiar unit and we’ve experienced it previously in Benelli’s other offerings, namely the Leoncino 500 and TRK 502/X adventure motorcycle.

The performance offered by this 47.5hp, 46Nm engine is decent, considering the 216kg it has to haul. The sprint from 0-60kph took 2.81sec, while the 100kph mark was breached in 6.4sec. The motor also has the ability to hit 150kph without too much effort. 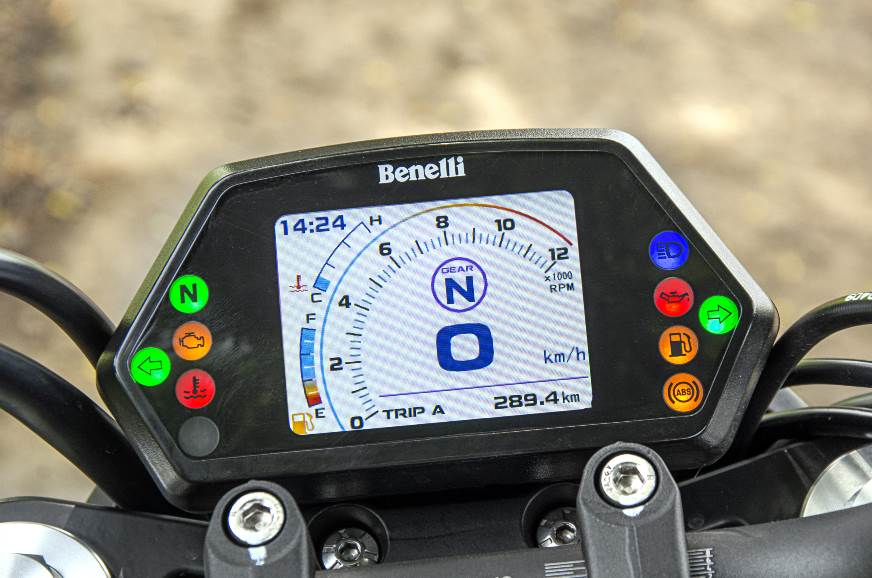 But that’s just one side of the coin. The bit about the engine that impressed me is the tractability, especially in the city. You can sit in top gear at 35kph, and ride as lazily as you please. This character of the engine goes with the laid back, easy nature of a cruiser. The engine doesn’t get uncomfortably hot in dense traffic either, so riding in our conditions won’t result in barbecued legs. On the highway, this tractable nature mixed with the tall fifth and sixth gears translates to the bike returning 31kpl with a 55kg rider on board and at speeds of around 80-90kph. That’s a theoretical range of about 600km! With the performance and rideability on offer, I think the motor truly offers the best of both worlds. However, since this engine is inherently buzzy, you do feel mild vibrations in the handlebar, pegs and tank. But they don’t become overwhelmingly bothersome at any point.

In fact, you may also choose to ignore the mild buzz because of the way this motorcycle sounds. As is typical of any Benelli, the soundtrack coming out of the exhaust pipes is loud and raspy enough to keep you entertained.

The suspension does a rather decent job of soaking up bumps, undulations, pockmarked roads and what have you. Surprisingly, the monoshock never bottomed out over some of the worst potholes we found. That being said, the ride quality does have a firm edge, so rumble strips, deep craters and wide expansion joints are clearly felt. The reward of this mild firmness in the ride comes to the fore when you encounter a set of twisties.

The areas in which the 502C surprised us the most is in the way it rides and handles – it’s like Benelli pulled a page out of the Diavel’s playbook here as well! 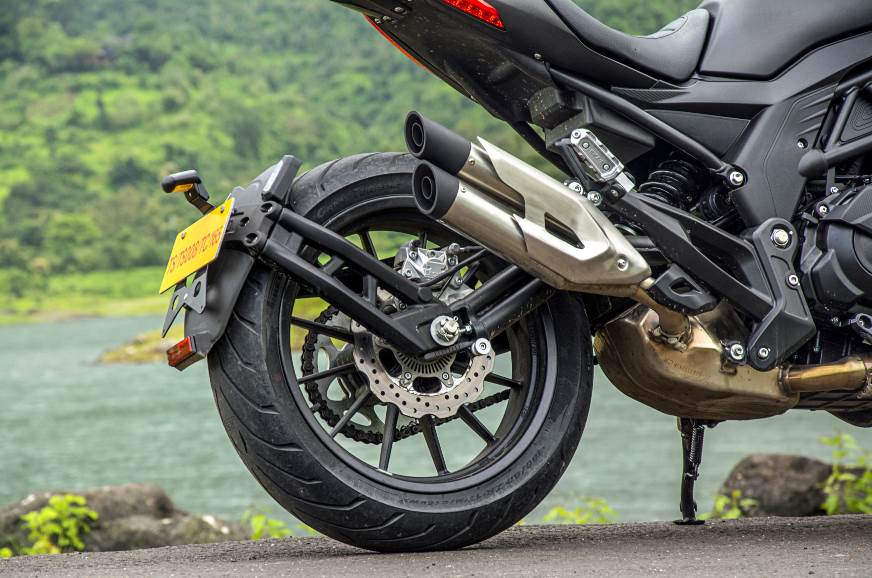 With the leverage offered by the wide handlebar, the grip from the Pirelli Angel GT tyres, and decent amount of feedback from the front end, the 502C can go around corners and how. The long wheelbase and swingarm contribute to mid-corner stability, and on the whole, this is a quick, yet predictable motorcycle in the bends. That being said, the firm-feeling fork can give you an unsettling sense of the front skipping if you encounter a large mid-corner bump.

The other area where there could be some improvement is in the braking department. While 280mm discs and radially mounted calipers are adequate to bring the bike down to a halt, the feel through the lever could’ve been better.

The Benelli 502C comes across as a well-rounded motorcycle that offers a unique flavour in the sub-Rs 5 lakh price bracket. It’s relatively easy to ride, fairly practical on our roads and it’s more fun than you might expect. At present, it faces no direct competition, although that will change to some extent once Royal Enfield launches the 650cc cruiser that it is currently developing.

Nevertheless, there’s a lot going for the 502C, especially if you like what Benelli has done with the styling. If the company can ensure long-term reliability and good after sales support, this bike has the potential to do quite well for them.