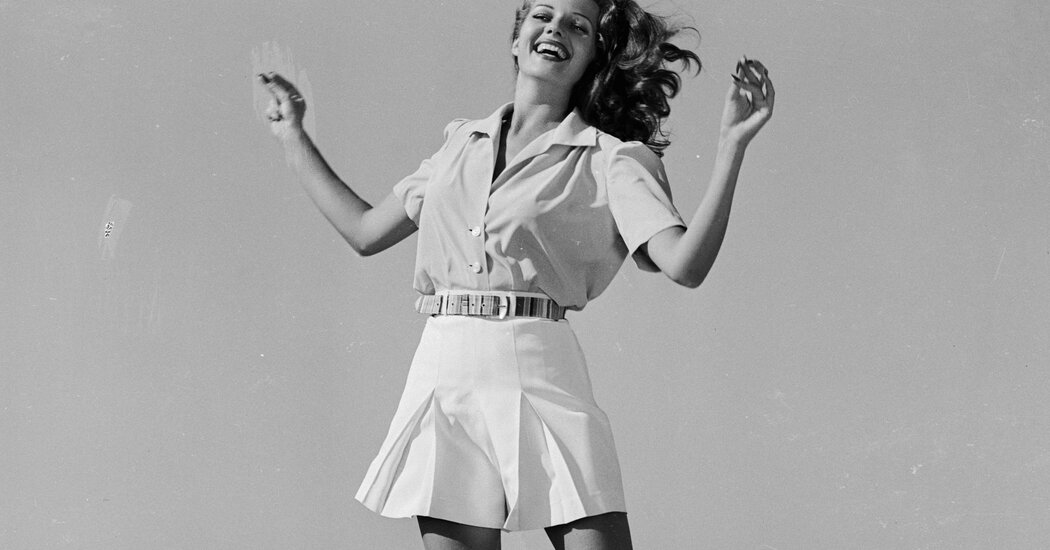 I have shied away from shorts most of my life for anything except running or sports, yet have recently discovered high-waisted wide leg shorts, which are both comfortable and flattering, especially in the heat. However, I feel matronly if I pair a basic T-shirt or tank top with this style. How can I elevate my shorts game beyond weekend or workout wear? — Sara, Madrid

Shorts are the summer equivalent of winter’s sweats, so I imagine that while back-to-the-office conversations hang in the air (given concerns about the highly contagious Delta variant of the coronavirus), how to adapt our current dress when that eventual return date arrives remains a pressing question for many.

And as far as those shorts go, you are absolutely correct in thinking that the more tailored versions, whether flared at the legs or straight, are the best choice.

If you are opting for cuts with more volume around the legs, however, then the waist becomes the key to avoiding the Gru effect (you know, the bad-turned-good guy in “Despicable Me,” whose body resembles a block atop a pair of drinking straws).

So to that end, I have two words for you: Rita Hayworth. There is a photo of the actress as a budding starlet in a pair of white high-waisted shorts with pleats down each leg worn belted with a short sleeve camp shirt that is pretty much the perfect shorts dressing guide — even almost a century later.

Indeed, shorts such as you describe became key parts of pinup wardrobes in the 1950s, making them literally the opposite of matronly, which is why I contacted Cameron Silver, the founder of vintage destination store Decades and a self-proclaimed pandemic convert from “king of couture” to “king of comfort,” for suggestions for how to update the look. (“Sweats, but keep it chic” is his new motto, and he has been taking it on the road with pop-up shops in resort destinations; next up, the Wellery in Houston.)

Cameron had three ideas. First, he said, “A high-waisted short can look great with an oversized men’s shirt that can be half-tucked in the front while letting the shirt tail cover the backside a bit.”

Second, “take a vintage concert tee and tie a knot at the side to make it more waist-conscious.” If it’s cool, throw a motorcycle jacket on top.

And third, he said, repurpose a one-piece swimsuit as a bodysuit under a blazer.

Kate Lanphear, the women’s style director of T magazine, had two more suggestions: a floaty poet blouse worn open at the neck and tucked-in (just make sure you pick one made from lightweight material) or a boxy short camp shirt (like this one from Zara or this one from & Other Stories) that comes in just above the waist.

“A solid version worn buttoned-up has scout uniform polish in a Wes Anderson way,” Kate said. “Or wear it unbuttoned over a crop top (or fine-gauge knit) for a more casual feel.” The point is balance: in shorts style, as in all things.

Every week on Open Thread, Vanessa will answer a reader’s fashion-related question, which you can send to her anytime via email or Twitter. Questions are edited and condensed.

Zaddies Are Back At Prada