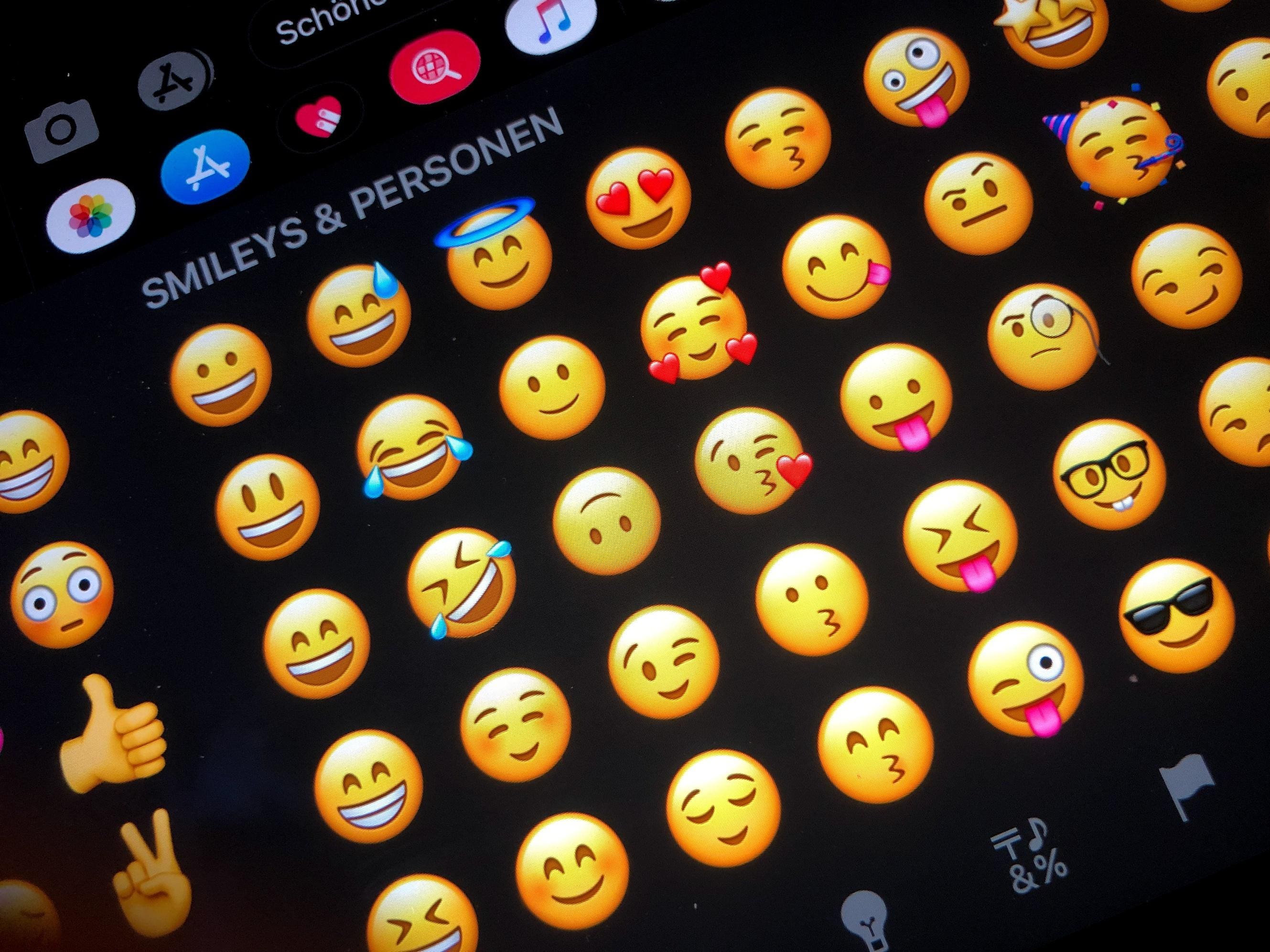 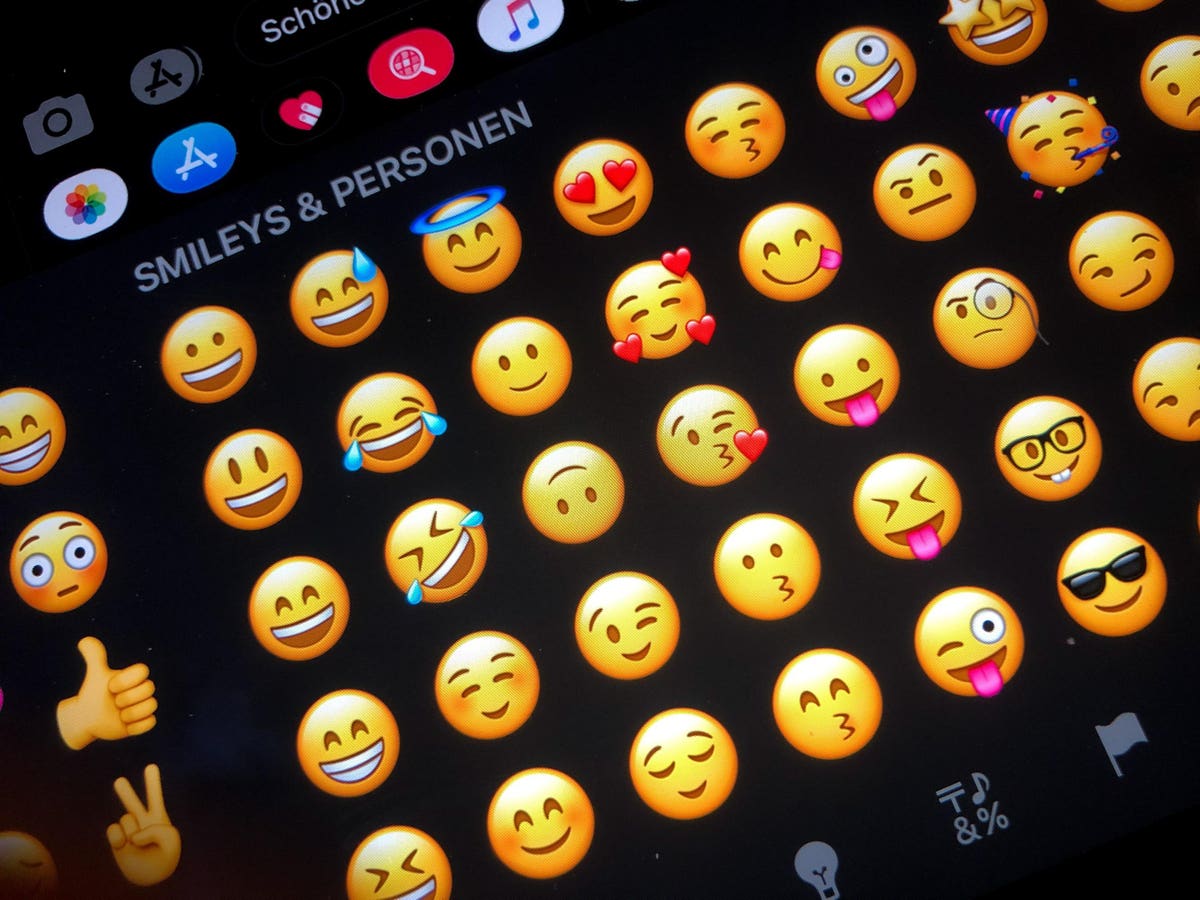 Almost anyone who has a smartphone likely regularly uses an emoji – the various pictograms and smiley faces. Not surprisingly, these originated on Japanese mobile phones in the late 1990s, and since them have been used to fill in emotional cues otherwise missing from a typed conversation. There are now so many in use that they’ve taken on secondary meaning.

In the distant future it may be necessary that some form of “Rosetta Stone” is needed to translate those various meanings into a common tongue – just as Egyptian hieroglyphic and Demotic script were translated to Ancient Greek by the physical Rosetta Stone.

“Like many sociolinguistic practices, emoji use continues to evolve,” said Anne Framroze, adjunct lecturer in the Online Masters of Communication Management Program at the University of Southern California.

“Recently, we’ve seen some social media friction between Millennials and Gen Z in terms of emoji use, with new meanings being attached by Gen Z to certain emojis, leaving Millennials and older generations wondering which emoji to use or whether to use any at all,” said Framroze. “Emojis are a kind of representational language, and all languages evolve. This is nothing new. Words have always taken up new meanings, meanings that reflect the texture and contours of the time and place in which they’re used.”

Just as language evolves over time, generation by generation – we’re already seeing that emojis are evolving. In fact, emojis have already evolved from emoticons, which used some text-based symbols to replace certain words to express emotions. The idea for this was proposed in the 1960s, when Russian novelist Vladimir Nabokov suggested a universal symbol for a smile.

By the 1990s, the Wingdings font was developed – and while it could send pictographs that could be read on devices with the font installed. However, just French and Italian evolved from Latin and use a largely common alphabet, emoji has evolved from emoticon in a similar manner.

The difference is that as it is symbol-based, different users can expect said symbols to have different meanings.

“In the 1990s, older generations didn’t connect with slang like ‘Da Bomb,’ and now the skull emoji means funny to GenZ while the crying laughing face means funny to Millennials,” York added.

This use of emojis can enrich communication.

“Absolutely. Emojis are simply an evolution of language, for example, we wouldn’t communicate how people spoke in the 1800s or even the 1970s,” said York. “If you think word choice is important, you also believe in emojis.”

Where emojis are a bit different is that it is almost more than just a word or phrase that takes on a different meaning. A small symbol can take on a meaning that is almost essentially a code of sorts based on these symbols. As a result, one group of people may have no clue what a conversation means – and as there is no Rosetta Stone to translate, the conversation can look all but meaningless.

“We are all aware, by the very evolution of colloquial language, that there are ‘generational gaps’ leading each generation to define its own identity patterns, differentiated from the previous ones,” added Dr. Oscar Barroso Huertas, professor within the Graduate School of Business at CETYS University, Mexico. “Therefore, it is not surprising that, in the psycho-graphic aspect, these same differences exist if we speak within an academic context of the Study of consumer behavior. Emojis express emotions, which the typographic element does not reflect, attributing one specific tone to the conversation, and thus one scenario in particular, to develop a more appropriate conversational environment, depending on the situation in which they are manifested or used.”

Technology has played a role as well. Generation-X may have grown up into the world of the Internet and flip phones, whereas millennials were the first smart phone generation. As such, the emojis were already part of the culture, which they embraced and helped evolve.

“Millennials made these icons their own, which the previous generation had despised, assuming that it was not necessary to assign an emotion to a written message. It was a matter of moving from email to SMS, and that’s how people belonging to Generation X used to think about it, without any further significance,” said Barroso. “In the same way, Generation Z took the baton of the common way of use of those emojis, by the two previous generations, raising it to another level, where the mixture of uses is what enriches communication.”