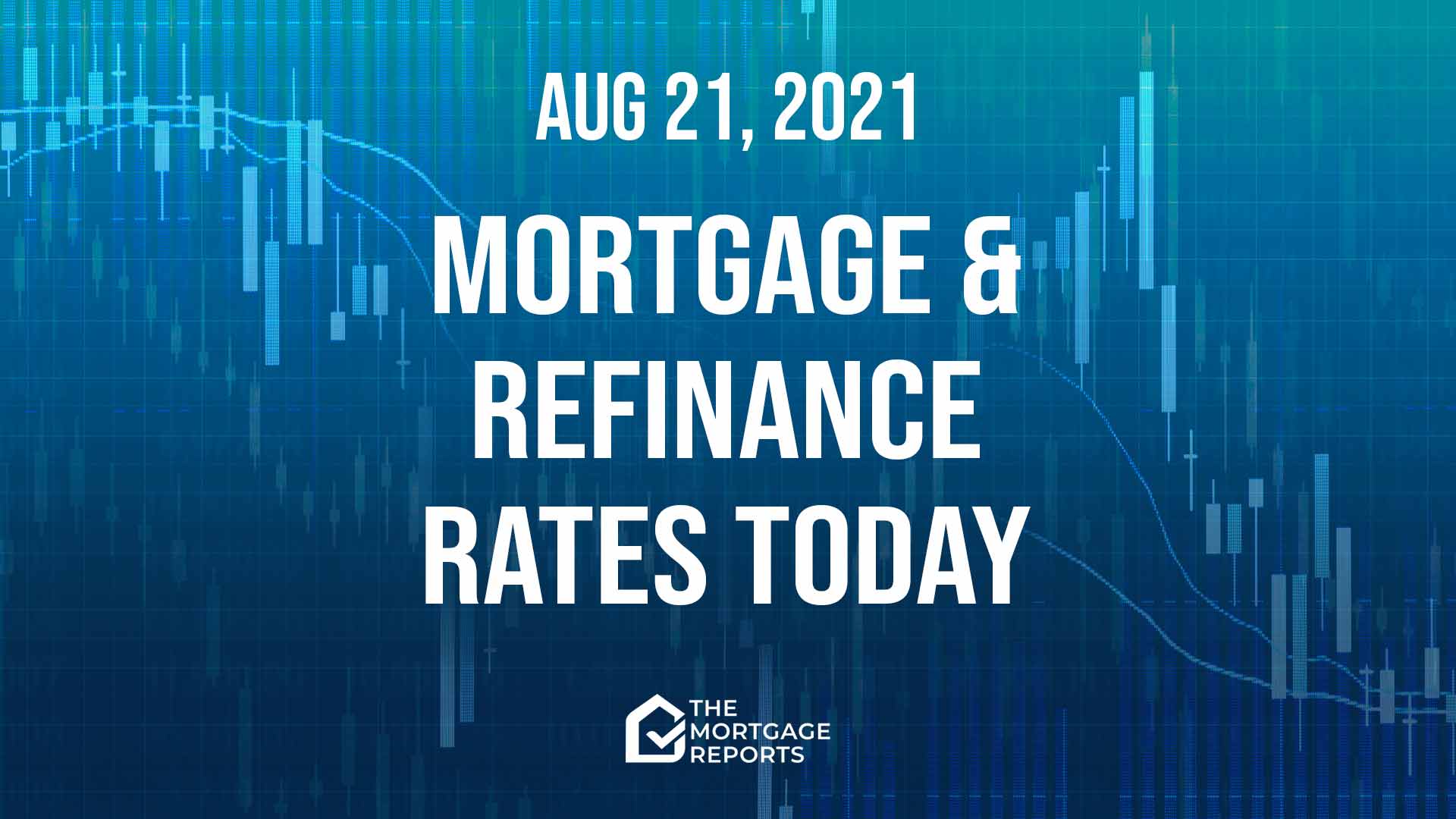 Average mortgage rates held steady yesterday. And the same goes for the week, too. They fell by an almost imperceptible amount over those five business days.

And we may well be in for more of the same. Because mortgage rates next week look likely to drift up and down with no obvious direction. However, it’s possible that could change on Friday, which brings some important economic data and a key speech from the Federal Reserve chair.

The risks of continuing to float your rate seem a bit less scary than they did this time last week. But they’re still there.

Personally, I’d lock my rate, regardless of when I was due to close. But I’m ultracautious. And you might (or might not) make gains by continuing to float, though they probably won’t be large. Locking or floating right now has more to do with your appetite for risk than any trends or forecasts, all of which are uncertain.

So, to accommodate everyone, my personal recommendations remain:

Nothing much is moving current mortgage rates. Because they’ve been pretty flat this week. Read on to discover why that might — but probably won’t — change next Friday.

Are rates less likely to rise?

On Thursday, both Fannie Mae and the Mortgage Bankers Association (MBA) updated their rates forecasts for 30-year, fixed-rate mortgages (FRMs). And both reined in their more pessimistic predictions. Check out in the two following tables the differences in each team’s forecasts between this month and last. “Q” stands for quarter. So, for example, Q4 2021 is the last three months of this year.

Fannie had by far the sunnier outlook. And its economics team expects:

So, if Fannie turns out to be right, we’re set to keep low mortgage rates for at least another 16 months.

However, the MBA’s forecasts are very different. And much less optimistic:

The MBA bravely forecasts an average for these rates during 2023. And it expects that to be 4.8%.

Should you believe nobody?

These are two teams of highly trained economists, the members of which spend their professional lives studying mortgage rates and related areas. And they use sophisticated computer-based modeling to reach their conclusions.

Yet one thinks these particular mortgage rates will average 3.1% next year and the other 4.2%. Those aren’t small differences.

And that gives me an irresistible opportunity to trot out yet again my all-time favorite quote:

The only function of economic forecasting is to make astrology look respectable.

And yet governments and hugely successful corporations around the world still use economic forecasts when making critical decisions. Why? Because there’s nothing else to go on. They know those forecasts may turn out to be wrong. But they’d rather decide things based on some information when the only option is none.

And that’s the situation the rest of us find ourselves in. We look at the forecasts and weigh them, together with the other information we have during our decision-making processes. We know they’re imperfect. But there’s nothing else to go on.

Who will be right?

Fannie’s team is hugely experienced and credible. But I fear the MBA might turn out to be more accurate.

Because Fannie seems to be assuming that the Federal Reserve’s tapering, which looks highly likely to happen this year — and possibly as early as Sept. — won’t affect mortgage rates.

The Fed’s currently buying vast quantities ($2.5 trillion-worth to date) of mortgage-backed securities, which are a type of bond that effectively determines (alongside a few other less important influences) mortgage rates.

So the Fed is currently keeping mortgage rates artificially low. And, when it slows and then stops (“tapers”) those purchases, it seems to me beyond probable that mortgage rates will rise.

History may not repeat itself exactly this time around. But the last time the Fed tapered a similar asset purchasing program, back in 2013, mortgage rates shot up and stayed higher.

Fannie can’t have missed this. And it must have good reasons for thinking that (and the current boom) will have little effect on mortgage rates. But I can’t imagine what those are.

Friday is likely to be the most important day for mortgage rates next week. And that’s mainly because Fed Chair Jerome Powell is due to speak (virtually) at 10 a.m. (ET) that day at the annual Economic Policy Symposium for central bankers in Jackson Hole, Wyoming.

Now, time was when some thought he might choose that speech as the time to announce a start to tapering (see above). But that seems much less likely now.

What he may do is signal that such an announcement will be coming soon. And anything he says that appears to make tapering more certain or more imminent could push up mortgage rates. Of course, he may say nothing to upset markets (he’s a master of that), which would leave those rates unaffected.

And, by the time he speaks, Mr. Powell will have seen next week’s key economic report, which is due out earlier that morning. Inflation is one of the Fed’s two key obsessions. And that report includes July’s “core PCE,” which is the Fed’s favored gauge of inflation and is personal consumption expenditures (PCE) prices excluding food and energy prices. We’ll also see personal income and consumer spending figures for July, which are also critical numbers.

None of the other economic reports listed below is likely to cause much movement in markets unless it includes shockingly good or bad data. Moreover, regular readers will know that investors have been ignoring most economic reports in recent months. So the effects of the following may be different from usual:

Chances are, you can relax until Friday. But be sure to be paying attention that morning.

So, as I just explained, next Friday could be an important day for mortgage rates. But that will largely depend on what Fed Chair Powell says in his speech that morning. Before then, I’m expecting that mortgage rates next week might gently drift, going nowhere. However, there may be some trading in anticipation of that speech in the days leading up to it.

But you play a big part in determining your own mortgage rate in five ways. And you can affect it significantly by:

From paying off debt to retirement planning, here’s how to prioritize your financial goals

What the Names Zillow, Redfin, and Trulia Mean