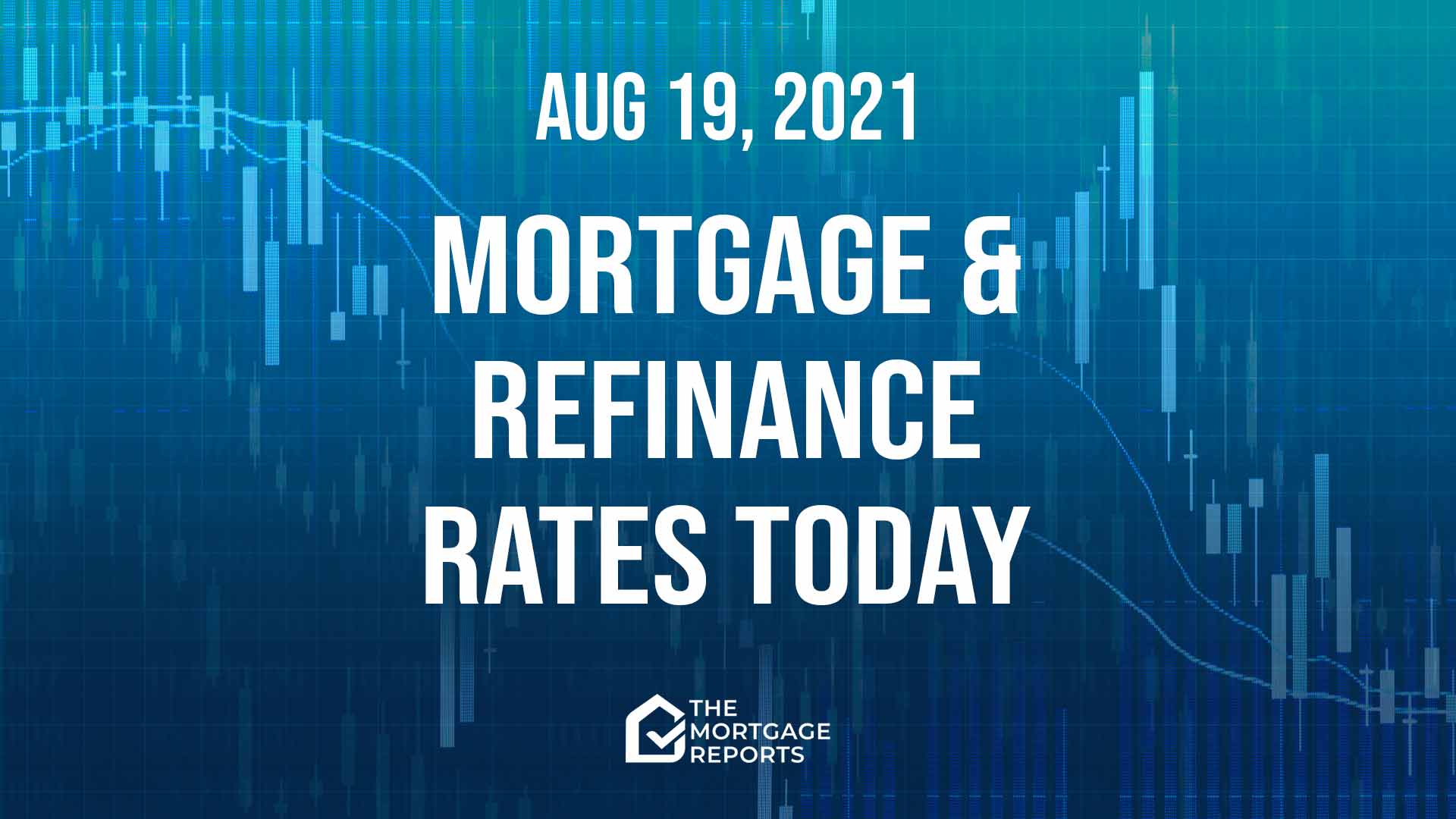 Average mortgage rates nudged higher yesterday. Since the start of August, on business days, we’ve had six falls and six rises, plus one no-movement day, according to Mortgage News Daily’s (MND’s) figures. But, unfortunately, the rises have been bigger than the falls. Still, many rates still begin with a 2, which makes them extraordinarily low by any standards.

And things might look up. Because mortgage rates today look likely to fall, in spite of good weekly unemployment numbers this morning. But, as always, that could change as the day progresses.

To me, locking your rate seems the safer bet, regardless of when you’re due to close. Yes, it’s possible we’ll see further falls. But they’re likely to be limited. Meanwhile, the risks of sudden and sharp rises remain heightened.

But nobody can be certain how rates will move. So, those who enjoy gambling might yet win by continuing to float.

And, for now, my personal rate lock recommendations remain:

So use markets only as a rough guide. Because they have to be exceptionally strong or weak to rely on them. But, with that caveat, so far mortgage rates today look likely to edge lower. But be aware that “intraday swings” (when rates change direction during the day) are a common feature right now.

Chances are, yesterday’s rise in mortgage rates was down to that day’s publication of the minutes of the last meeting of the Federal Open Market Committee (FOMC). That’s the Federal Reserve’s monetary policy body.

And yet, ironically, those minutes said very little that was unknown. Before yesterday, investors were typically assuming that “Most Fed officials believe stimulus could start winding down this year,” as a headline in this morning’s Financial Times summed up the minutes. Now they know.

But they still don’t know precisely when that winding down might happen. Yesterday, CNBC interviewed (clip) Carl Tannenbaum, chief economist at Northern Trust. And he reckoned that Sept. would be too soon for the Fed to announce a date, though, he thought, sometime this year looked highly likely. But others disagree. And some are even expecting an announcement at this year’s Economic Policy Symposium in Jackson Hole, Wyoming, which starts in a week’s time (Aug. 26-28).

How this affects mortgage rates

Regular readers will recognize “winding down” as a synonym for tapering. And that involves the Fed slowing and later stopping its currently frenetic purchases of bonds, within a process called quantitative easing (QE). Since June 12, 2020, QE has seen the Fed purchase roughly $1.46 trillion in mortgage-backed securities (MBSs), according to the Federal Reserve Bank of New York. That includes $40 billion a month in new money plus reinvestments of principal payments from agency MBS and agency debt.

Such vast sums clearly distort the market in MBSs. And Fed purchases have been keeping mortgage rates artificially low during that time. MBSs are the bonds that directly determine mortgage rates (there are other less important influences) so, when those purchases end, mortgage rates will almost certainly rise.

How much they’ll rise is still anyone’s guess. In its Nightcap e-newsletter yesterday evening, CNN Business summed up some of the threats that are currently worrying investors:

And in case anyone missed it, there’s plenty to fret about. We’re still fighting a highly deadly variant of COVID-19, inflation is rising, and investors are nervous as all hell that the Fed is going to begin tapering its easy-money policies.

The Delta variant is the one thing on that list that might push mortgage rates lower. But rising inflation and tapering are likely to push them higher. But when?

However, those rises have been mostly replaced by falls since April, though typically small ones. Freddie’s Aug. 19 report puts that weekly average at 2.86% (with 0.7 fees and points), down from the previous week’s 2.87%.

The numbers in the table below are for 30-year, fixed-rate mortgages. Fannie’s were updated on Aug. 19, Freddie’s on July 15 and the MBA’s on July 21.