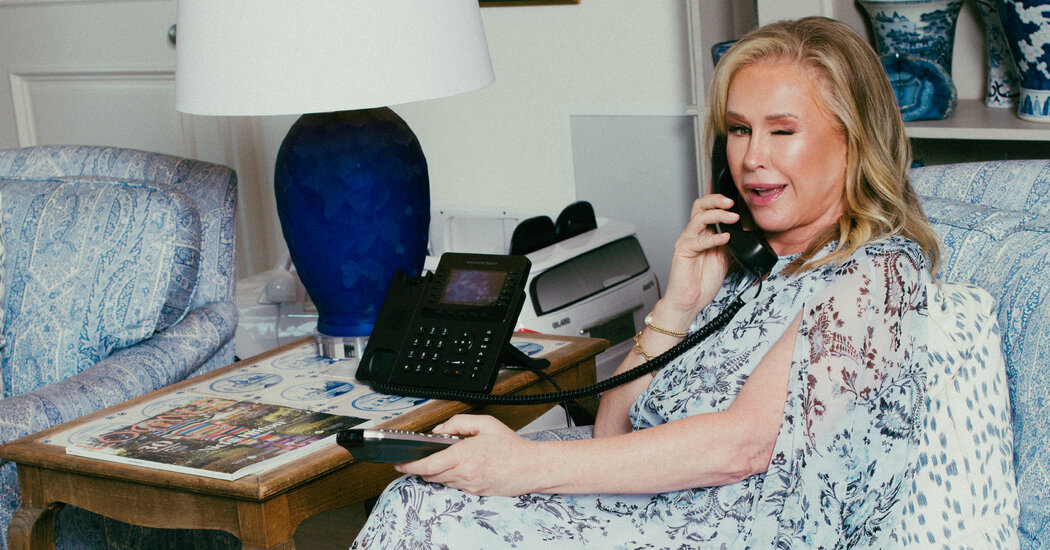 But she’s also a stand-alone figure, who experienced the money-fueled 1980s New York social scene first hand, and who oversaw the dawn of the current reality TV era up close (from 2003-2007, Paris starred on “The Simple Life,” which fascinated viewers with its look at the worlds of high society, wealth, and privilege). For better or worse, without Ms. Hilton and her brood leading the way, there would be no Kardashians.

“I was not for Paris doing that show,” Ms. Hilton said sternly. “I was like, ‘This is not a good idea. Why do you want to do this and the modeling? This is not what I had in mind for you,’” she said. “Paris wanted to be a veterinarian and then we moved to New York and the whole thing got crazy.

“It’s usually mother knows best,” she added, “But I have to say I was completely wrong. That show was hysterical. To this day when I see clips of it, I cry laughing.”

“When I got offered ‘The Simple Life,’ my mom told me not to do it and I didn’t listen to her,” Paris, 40, wrote in an email. “Then when it came out and she saw it, she said she was wrong, the show is incredible and she was so proud. The same thing happened here. My sister and I asked her not to do it and now we are both loving it.”

In recent months the media has been re-examining their treatment of a certain genus of young female celebrity during the early aughts, of which Paris is a foremost member. “They were just girls, they were growing up and they were bound to make some mistakes,” her mother said.

Kathy Hilton tells the story of the time she took out the New York Post’s then-gossip columnist Richard Johnson. “I had a meeting with him at four in the afternoon at my club Doubles — at four so that nobody would see us — and I begged him, please leave my daughter alone. Stop writing about her every day, it’s not right and it’s not fair.”