Millions of people who have caught coronavirus face being turned down for vital life, critical illness and income protection insurance.

Major insurers are now routinely denying the cover to those suffering long-term effects of the virus, known as long Covid.

And many providers are demanding customers declare if they have had the virus, even if they only experienced mild symptoms and have since recovered. 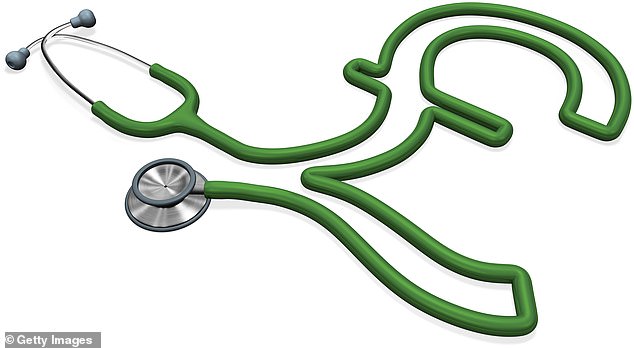 Millions of people who have caught coronavirus face being turned down for vital life, critical illness and income protection insurance

Experts are also warning that insurers could start asking applicants to disclose if they have had the vaccine. One provider told Money Mail it was already seeking confirmation of vaccination from wealthy customers as a condition of their policy being granted.

Income protection insurance provides a regular income if you are unable to work because of injury or illness. Some policies may offer protection against unemployment, but many insurers pulled this element of the cover at the start of the pandemic amid concerns of job losses.

Critical illness cover pays a tax-free lump-sum payment if you are diagnosed with a serious illness such as cancer. And life insurance pays out a lump sum to loved ones should you die — typically enough to at least cover your mortgage.

These protection policies are popular among families and homeowners who want the peace of mind they will still be able to pay the bills should the worst happen. But the pandemic has shaken up the protection market, and customers who have caught Covid are not guaranteed the same deal as before.

And monthly premiums are also rising, with some income protection policies costing 60 pc more, according to Comparethemarket. Industry insiders say firms are bracing for a tsunami of income protection claims relating to the virus, with many offering specialist Covid rehabilitation services.

The insurance sector is always scared of what it doesn’t know. And we have no clue how the condition could impact people’s ability to work in the future
James Daley, of consumer group Fairer Finance

But to minimise payouts, providers are tightening restrictions on who is eligible for this type of cover. Insurers also fear a rise in claims for other illnesses such as cancer after diagnoses were delayed. Some have reported an increase in the number of claims relating to mental health.

The clampdown has provoked fury among front-line key workers, who say they are being unfairly penalised for putting their health on the line during the pandemic. Last year, the British Medical Association (BMA) worked with industry trade body, the Association of British Insurers (ABI), to ease anxieties after it was reported healthcare workers were reluctant to be tested for the virus in case it impacted their insurance.

A joint statement said: ‘The BMA and ABI are clear that there should be no detriment to healthcare workers… Each application for life insurance and income protection will be assessed on an individual basis, regardless of profession, and focused on the person’s health and severity of any symptoms at the time.’

But since then, NHS staff have reported being rejected when applying for cover after taking out a mortgage. There is an estimated two million people with long Covid in the UK. Those who were hospitalised or suffer persisting side-effects, such as fatigue, breathlessness, smell and taste loss, are most at risk of being turned down.

No cover for front-line primary teacher

While much of the nation worked from home during lockdown, primary school teacher Emma Baker wasn’t afforded the same luxury. Emma, 41, says that as a healthy mother-of-two she was confident she would be safe from the virus.

‘It wasn’t a big amount and would only take effect after the first six months of sickness. But I was rejected due to long Covid — which kept me off work for months.

‘My mortgage adviser was expecting it. It made me resentful. As a key worker, I had to go into schools. It was inevitable I’d get the virus and it feels like I’m paying for it. I even thought — should I have lied?’

Emma suffered from brain fog so extreme she couldn’t remember anything she did between November 2020 — when she contracted the virus — and April 2021. She has now returned to work on a part-time basis. ‘I have had so much taken from me,’ Emma adds.

Experts say insurers are running scared because medical professionals don’t know enough about the condition and what the lasting effects could be on the body. The confusion means that even those who are back at work and suffering milder long Covid symptoms could be refused cover.

Yet while income protection insurance does cover long Covid claims if policyholders are unable to work, it is not a listed condition on critical illness policies. This means customers are unlikely to receive a payout unless they suffer serious related conditions, such as kidney failure.

James Daley, of consumer group Fairer Finance, says: ‘The insurance sector is always scared of what it doesn’t know. And we have no clue how the condition could impact people’s ability to work in the future.’

Analysis by Money Mail found most of the major insurers now ask if applicants had the virus. Zurich says it wants to know if applicants have tested positive in the past three months, while Royal London, Aviva, L&G and LV= say they only ask about the past 30 days. Aviva asks customers about earlier infections if the customer was ever hospitalised with the virus, while Royal London says it may need to know any positive tests if the customer has disclosed other medical conditions.

Vitality says customers should declare if they have ever had the virus. Aviva and LV= say disclosing a Covid infection is unlikely to impact the customer’s eligibility for insurance or the price of their premiums unless they were hospitalised with the virus and so long as symptoms have fully resolved. L&G says the customer’s answer would not impact their premium.

The ABI confirms that, as with any other medical condition, a customer who has not fully recovered from an illness, and works full-time, is ‘unlikely’ to get cover. Life insurance applications could also be affected. Those who already have insurance would not be expected to declare the condition unless they are renewing their policy. 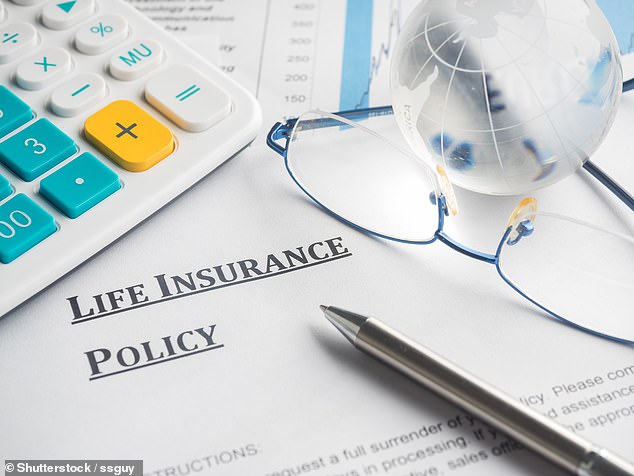 Life insurance applications could also be affected. Those who already have insurance would not be expected to declare the condition unless they are renewing their policy

Alan Knowles, who runs a specialist insurance advice service called Cura, says he had seen a surge in customers with long Covid approaching his team for help. Some firms are encouraging people to wait for three to six months, or until their symptoms have subsided, before trying again, he adds.

Insurance consultant Kevin Carr says: ‘It makes sense insurers will want to wait and see before they give income protection to long Covid sufferers. They want to see if they can still do their job.’

He adds insurers are preparing for a ‘tsunami’ of long Covid as well as other claims. ‘Last year L&G alone paid out around £40million in Covid death claims. Long Covid will dwarf that,’ he says. ‘Critical illness claims were down last year as nobody was being diagnosed with any other conditions, such as cancer, due to NHS backlogs.

When Money Mail asked providers if they expected customers to disclose their vaccine status, most said no. But a Royal London spokesman suggested this was something the firm was considering, stating its ‘internal philosophy remains under review’. It also confirmed a small number of customers seeking cover worth more than £3million had only been granted policies after confirming vaccination.

An insurance industry source told Money Mail: ‘It is highly likely a Covid vaccine question will form part of future underwriting claims. In the face of scientific evidence, these potential clients prefer to believe a random bloke on Twitter, or something they saw on TikTok. Would you want that kind of person in your mortality pool?’