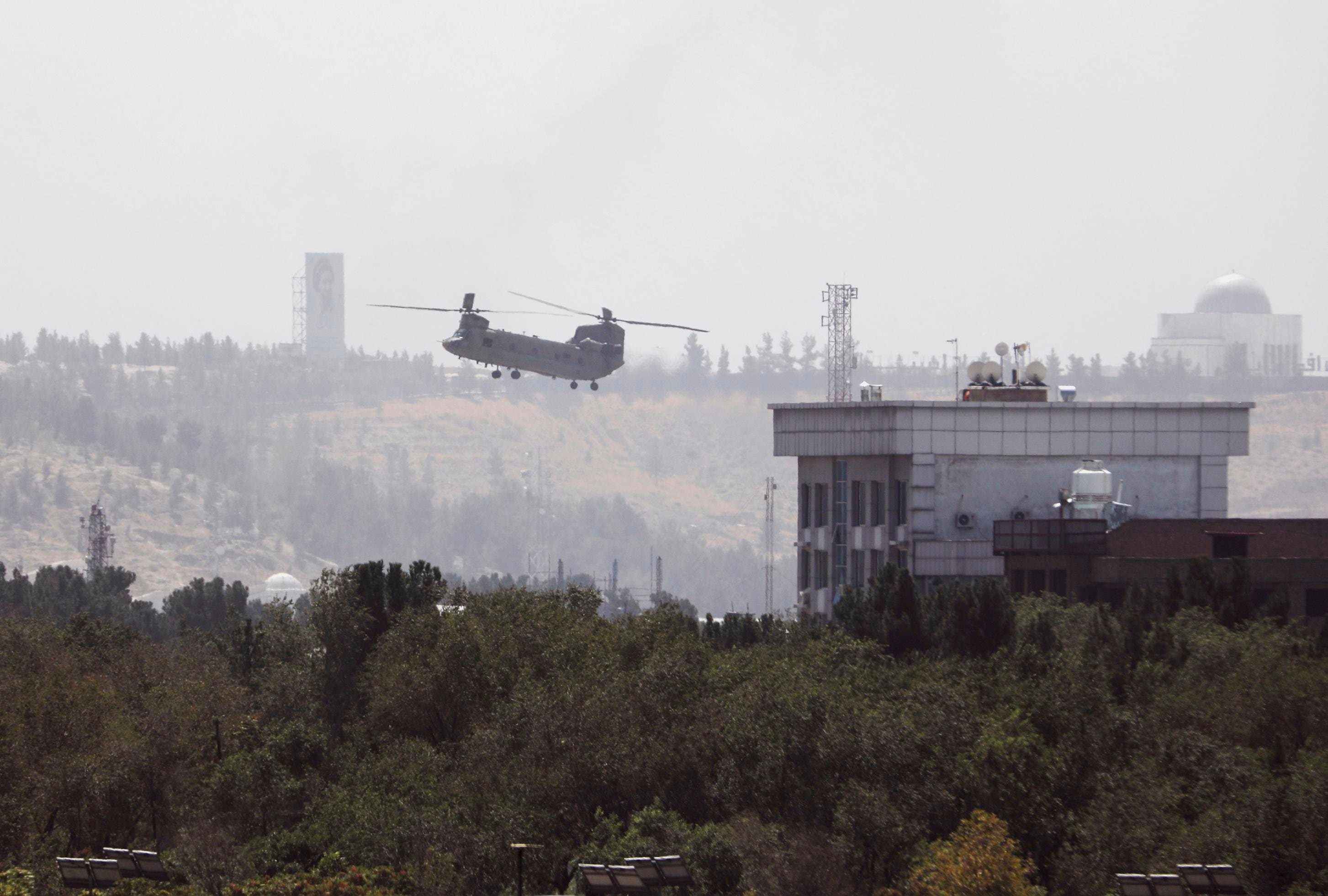 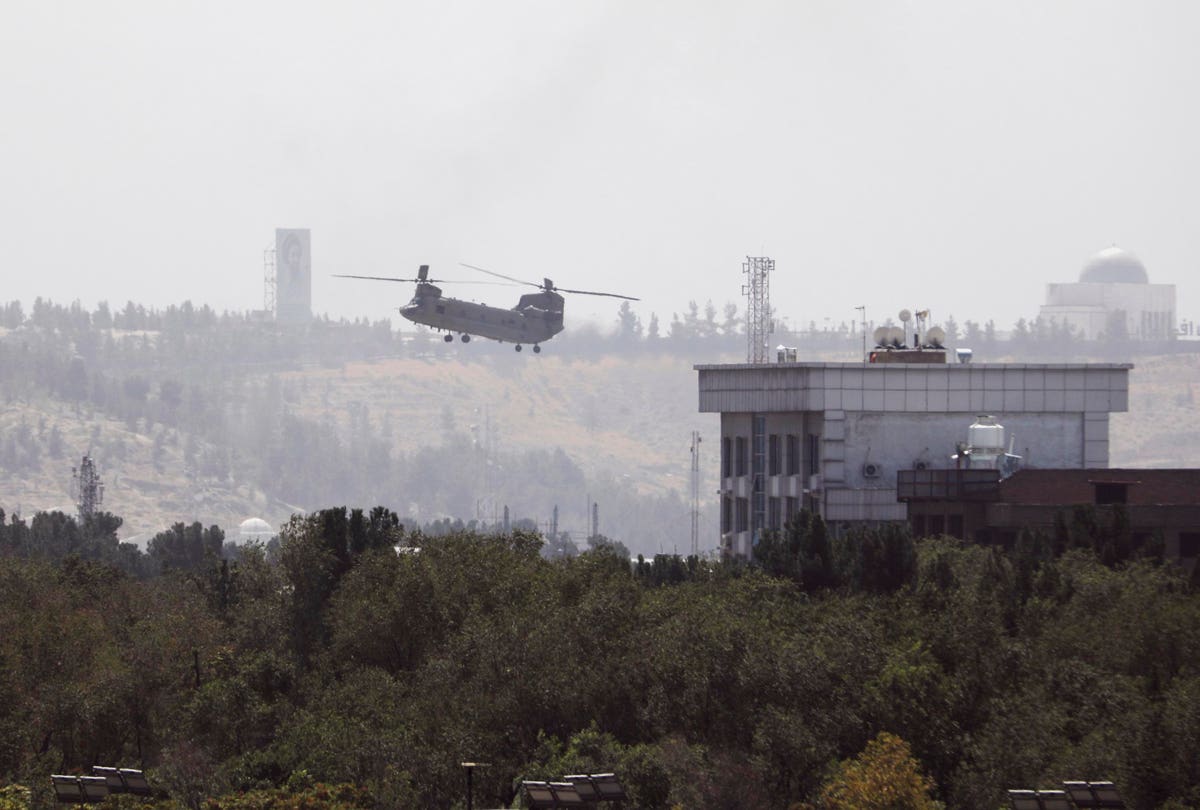 The hashtags #WheresBiden and #WorldWarZ were trending on Twitter on Monday morning – and not because the president attended a premier of a new zombie-themed movie. Many users across social media compared the chaos in Afghanistan over the weekend and early Monday to those of the Brad Pitt film, while the question on many users’ minds was where was the commander-in-chief during this recent crisis.

While some social media users compared the exodus from Kabul to the fall of Saigon in 1975, more saw similarities with the zombie apocalypse film World War Z. There were more than 42,000 tweets with the latter hashtag, showing how desperate Afghan civilians had sought to escape as the Taliban entered the capital of Kabul.

“We live in a world that is so radically different than what we could have ever imagined only a few years ago that it approaches science-fiction and fantasy,” said futurist and pop culture marketing expert Scott Steinberg.

“Sadly for many of the younger generation especially, Saigon is a bygone memory if it was ever a memory at all,” said Steinberg, who noted what we have from the 1975 pullout are just grainy black and white photos and a few seconds of video.

“If you wanted to use Saigon as a reference point, it might receive a blank stare unfortunately,” said Steinberg.

By comparison, mobile phones allowed the images to be shared around the world and posted on social as the events unfolded this weekend and earlier today in Kabul. This is why the comparisons to the fictional zombie film may resonate across the social platforms.

“World War Z is visceral and immediate to so many today, and it hammers home the level of immediacy,” Steinberg added. “What we see on TV and on social media from Kabul does look like something straight out of a movie, so it isn’t surprising that it would be compared to one.”

The question can be asked whether it offers the proper level of respect however.

“These are heartbreaking scenes, and the comparisons might seem to be disrespectful, and maybe these weren’t taken as seriously as we’ve seen with prior conflicts,” said Steinberg. “However, that is an unfair assumption. First, it is clear people aren’t just ignoring what is happening. But it is also important to note that social media puts almost everything in a pop culture context. That is in some ways the closest point of reference we have. This is a way to process it.”

Instead of the prolonged siege of the Afghan capital that some military experts predicted, on Monday morning it was President Joe Biden who was essentially under siege from his critics on social media. The hashtags #WheresBiden, #WheresJoe, #BidenDisaster and even #25thAmendment were all trending – where some have even called for the president to resign or be removed from office over his handling of the situation in Afghanistan.

In addition to serious responses, many took time to poke fun at the president with memes evoking “Where’s Waldo,” suggesting that even in such a crisis, social media only further serves to divide rather than unify Americans. Likewise, there were plenty that found this was somehow still on former President Donald Trump, who had promised to bring U.S. combat troops home. Clearly, social media still isn’t a place for rational discourse on topics that should truly matter to every American.

Via an email, Daphne Barak, co-author of Struggling for One America: Trump vs. Hollywood: The Two White Houses, said she believes that Biden was completing Trump’s policy here, but the situation changed on the ground drastically – and probably quicker than anyone may have expected.

Barak added that it is easy to place blame at either side, but the buck stops with the President immediately in office, and the Biden Administration has to take credit for the current fallout; it’s on them at this point.

Moreover, those on social media may be reacting to the events without seeing the bigger picture said Matthew Schmidt, Ph.D., professor of national security and political science, and coordinator at the Henry C. Lee College of Criminal Justice and Forensic Sciences, University of New Haven.

“Joe Biden is sick about having to make this call to withdraw the embassy, withdraw troops. He knows that the people (posting) WheresBiden, etc., have no understanding of the work that he and others have been doing in Afghanistan for years,” Schmidt added.

While it is true that social media serves to show in real-time the sentiment of average Americans, the platforms also amplify the voices of a few to a thunderous level. Just as the platforms were used to denounced former President Trump, so far President Biden has been drawn in to these very public, and very vocal wars of words.

“(Biden) doesn’t pay much attention to their ignorant and rude call-outs,” noted Schmidt. “He’ll resist being baited by groups like this.”

Even as multiple hashtags are trending that are calling out the White House for being silent on the issue, this isn’t likely to have a lasting impact on the administration.

“In this case, I doubt there’s enough political power in these groups to draw the attention of the American middle to get Biden to come out,” said Schmidt. “He knows he made an agonizing call, he knows no one can ever be sure about such a decision, but knows he did his due diligence and made the best choice he could about an impossible situation. The groups calling him out show no sign that they get that.”