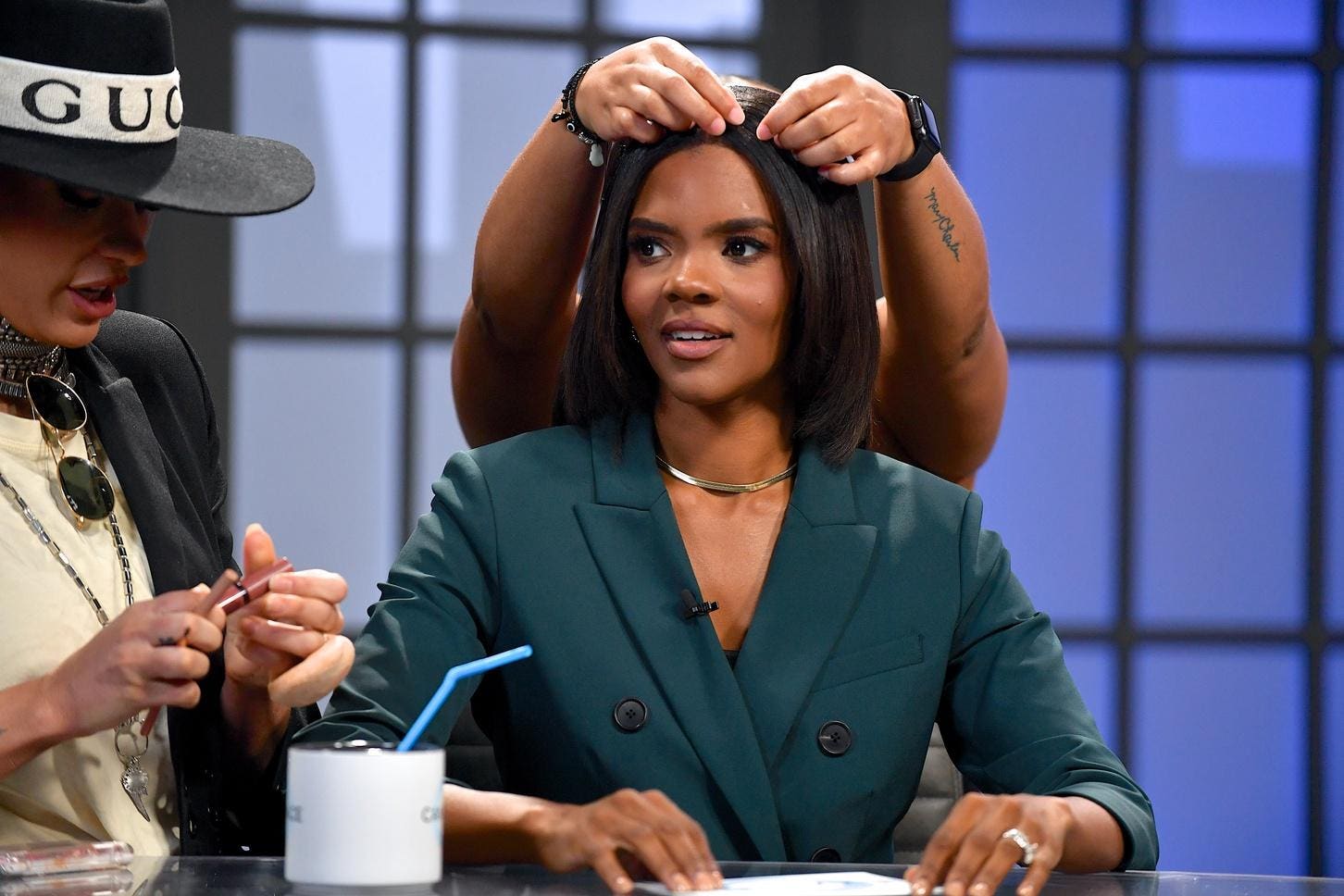 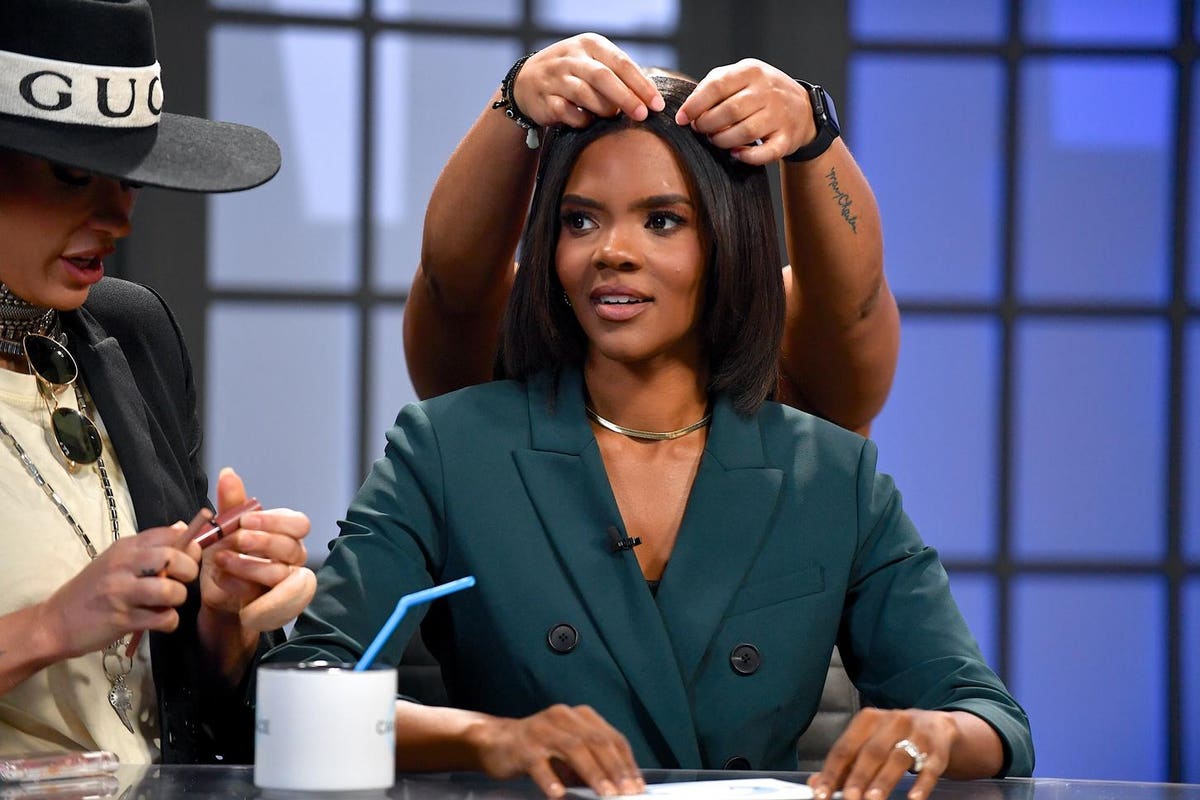 Well, here’s a “campy” interpretation of what the Centers for Disease Control and Prevention (CDC) posted on its website last year. On Monday, political commentator Candace Owens tweeted that “the CDC actually put together a document to discuss putting high risk people into camps to ‘shield’ low risk people from them.” In case you were wondering whether this was a joke, the next sentence in Owens’ tweet was, “No— this is not a joke, and yes, every single person who has made a reference to 1930’s Germany is vindicated.” Really? Every single person who has compared Covid-19 precautions to what the Nazis did in Germany in the 1930’s is vindicated?

And perhaps to put some emphasis, she began the whole tweet with a phrase that rhymed with “Goalie Brad Pitt” but wasn’t the kind of thing that you might utter in super polite company. Here’s her tweet in all its glory, well, most of it with the expletive scratched out:

As you can see, Owens included a link to the CDC website that she was tweeting about, the one that supposedly discussed “putting high risk people into camps to ‘shield’ low risk people from them.”

Owens wasn’t the only one on social media to spread such an interpretation of the CDC website. For example:

And according to Jessica McDonald writing for FactCheck.org, the Epoch Times posted on Instagram the following: “The Centers for Disease Control & Prevention detailed in a July 26 report the options for creating camps to isolate Americans amid the COVID-19 outbreak,” along with a headline, “CDC Virus Camps?”

Putting people in camps, assuming that they’re not band camps or circus camps, doesn’t sound good. It may evoke images of what the U.S. government did during the Second World War, throwing innocent Japanese Americans into internment camps just because of their racial background.

But there’s one itty-bitty problem with Owens’s claim. The CDC document that Owens referenced did not say anything about putting people in camps. Not even close.

When claiming that a document supports what you are claiming, it’s kind of important to actually read the document carefully. Otherwise, it can be like citing the Police’s “Every Breath Your Take” and saying to your love interest, “see this song shows how I really feel about you.” You may want to take a closer look at what Sting was actually singing about before suggesting in any way that, “every move you make, every step you take, I’ll be watching you.”

Similarly, the CDC website entitled “Interim Operational Considerations for Implementing the Shielding Approach to Prevent COVID-19 Infections in Humanitarian Settings” starts off by saying that it “presents considerations from the perspective of the U.S. Centers for Disease Control & Prevention (CDC) for implementing the shielding approach in humanitarian settings as outlined in guidance documents focused on camps, displaced populations and low-resource settings.” That’s the very first bleeping sentence. If you are going make claims about what a document indicates, at the least read the first sentence.

Just because a document mentions the word “camp” doesn’t mean that it’s about putting you in one. For example, an article about Anna Camp wouldn’t necessarily be about putting people in a camp. Anna Camp is not a camp, unless she started a camp, which would then be Anna Camp’s camp. Anna Camp is an actress who starred in the movie Pitch Perfect, which by the way wasn’t about baseball.

Similarly, the CDC website did not mention any “CDC Virus Camps,” as the Epoch Times suggested. No, this was a document specifically covering a potential strategy for “humanitarian settings.” Now a “humantitarian setting” is not the same as a “vegetarian place setting.” According to a November 2019 publication in the journal BMC Conflict and Health, a “humanitarian setting” is one in which “an event or series of events has resulted in a critical threat to health, safety, security or well-being of a community or other large group of people.” So this can be a situation where a substantial number of people are hiding from or fleeing political oppression, mass poverty, a natural disaster, a disease outbreak, or some other threat to their health. Such settings tend to be crowded with few luxuries. They aren’t exactly a bank, an exclusive club in Florida, or anything else that may rhyme with the phrase “marry cargo.”

The website discussed the “shielding approach” as a possible way to “reduce the number of severe Covid-19 cases by limiting contact between individuals at higher risk of developing severe disease (‘high-risk’) and the general population ( ‘low-risk’).” This would involve temporarily re-locating such high-risk individuals to safe or what they call “green zones.” For example, in a refugee camp, this “green zone” could be a place that has only entry point to minimize the chances that an infectious individual may enter the zone. There can be a meeting area where those staying in the “green zone” can interact with visitors while practicing physical distancing and staying at least two meters apart.

So this CDC website is more about one possible way to protect people at higher risk for severe Covid-19 than “shielding lower risk people from them.” So this is not quite like the Japanese American internment camps from World War II. And it certainly isn’t close to what the Nazi’s did during the 1930’s.

In case anyone says, “oh the CDC has since changed the website,” the same website and content has apparently been up since July 26, 2020, over a year before Owens and the Epoch Times had posted about it.