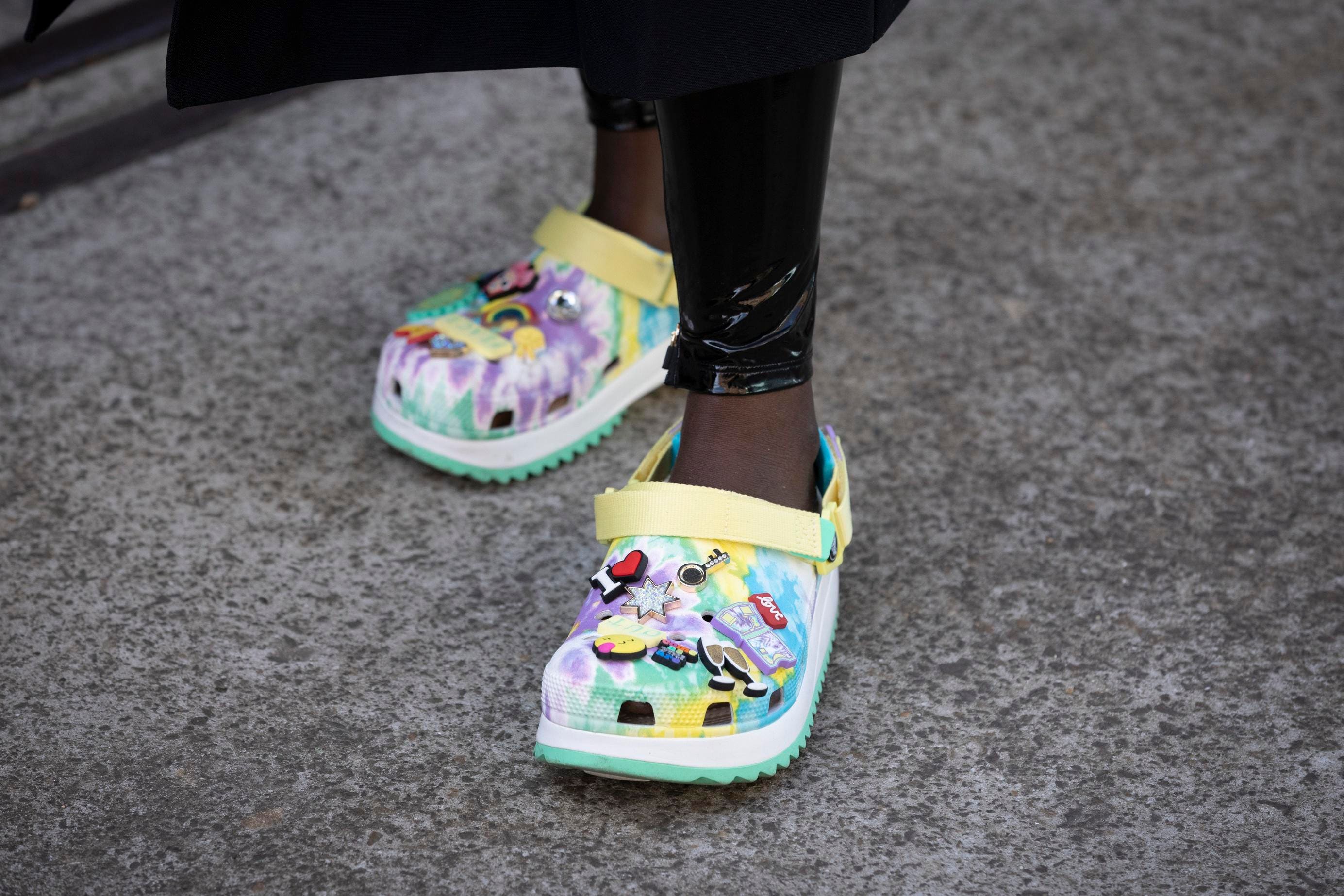 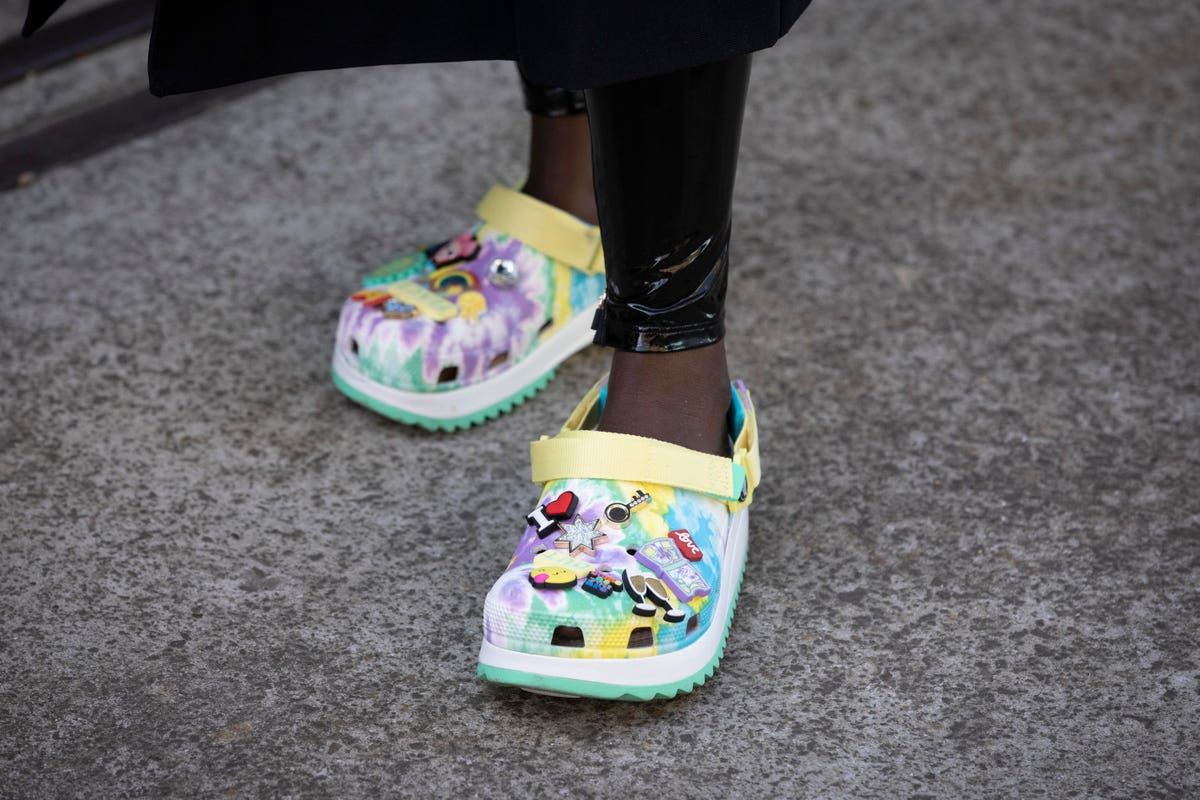 It was when my second pair of limited-edition Crocs came in the mail that I realised something had changed. By that time, early in the summer of 2021, I had already settled into a slob-chic working-from-home wardrobe many of us embraced over the past year, and these most-derided shoes were admittedly comfy practical dog-walking shoes for a time-pressed lunch break. The strange part was that my purchase wasn’t made off the back of an ad campaign, there was no influencer flogging them, and there was no easy clickable link to find them. On the contrary, I scoured the internet and bought the shoe after laughing at them in a meme during one of my endless scrolling binges on Instagram.

It turns out, I’m not alone. During the pandemic, social media made massive gains in the attention economy. 30% of US users reported spending an additional 1-2 hours on social media every day, and the gains in this share of people’s time are expected to remain stable for the coming years. Though some of that time was spent by many of us connecting with our loved ones and scouring the news to alleviate some our collective sense of anxious uncertainty, much of it was also taken up by forming new digital behaviours around our everyday shopping. Short-form video influencer marketing driven by the 85% rise in new global TikTok users and the introduction of Instagram Reels has made social media-integrated shopping tools more and more attractive, and even normal, for most consumers. And like my Crocs anecdote suggests, it’s not only the tool-enhanced shopping experience that’s changing these behaviours, it’s meme culture itself.

Last month, the World Economic Forum published a study suggesting that these new shopping behaviours are here to stay, encouraging a rise in innovation in traditional advertising to capture the magic of some of our new digital communication styles and behaviours. In a very Blade Runner-esque turn, DOOH (digital out-of-home advertising) is on the rise, making digital objects more real life through new 3D technology and AR. The recent deal between shopping-mall magnate Brookfield Properties and Aria Network to offer digital AR experiences in physical shopping malls is a testament to this new, more integrated digital and IRL world, making the future of brand communication a whole lot more meme-ified than we could have imagined.

Participating in meme culture has long been a tenuous issue for brands, who are often fearful of seeming inauthentic speaking in a language that younger audiences use with one another. But as meme culture and IRL culture become even more entwined post-pandemic, it’s now a crucial part of truly understanding how to communicate with, make an impact upon, and build essential brand affinity with younger consumers. To that end, how can brands begin to innovate and adapt to changing consumer behaviour and communication?

Firstly, meme culture is far broader than the culture of sharing coded images in replicable templates. A meme itself if a unit of cultural communication and imitation that by its very nature allows us to understand its meaning through a set of shared conventions and codes. Memes exist in all forms of communication, from visual (such as template formats like the “For The Better” meme), to auditory (such as the “Oh No” song by Kreepa used millions of times on TikTok to show moments when things don’t go as expected), to gestural (such as TikTok dances, challenges on Instagram, and other body and video-related content).

Crucially, memes can even become part of material products themselves, spawning visual or gestural memes that only serve to continue their embedded jokes. Balenciaga is a prime example of this, notoriously adopting a meme-baiting strategy in their products for the last few years, embedding jokes, parodies, and satire to make their products relevant and infinitely meme-able. This is a model of “media richness,” which offers several different ways for consumers to participate in the joke through either consuming, contributing, or creating in a virtuous cycle with the brand, increasing brand affinity. Indeed, new research published this year suggests that media richness is a more influential factor in consumer engagement and behavioural intention than content trustworthiness. I know, that surprised me too.

Humour is more important than authenticity

To that end, the success of integrating multi-sensory meme communication into products relies on the core currency of meme culture: humour. Much has been said about the age of authenticity we’re in, where social media has upended traditional communication hierarchies and brands are expected to be real with their consumers. While, of course, this is true, it’s also incredibly inauthentic to try to be authentic.

When it comes to making a meme travel far, humour is the core ingredient. This is because memes themselves function as forms of “energy exchange,” where participating in and putting your own spin on a shared cultural artefact produces an emotional response and increases social bonds. Research in psychology has shown for some time that “hedonic value,” which is value linked to emotional satisfaction, is strongly related to brand loyalty, brand affinity, and positive electronic word-of-mouth.

Humour in a meme context often relies on being in-on-the-joke, meaning that to be authentically funny, brands need to be participants in the communities they’re advertising to. Wendy’s TikTok presence is a great example of participating in fast-moving meme humour without being too heavy or inauthentic, often relying on remixed existing meme formats that make them feel like an authentic participant in the humour of meme culture, much like a regular users. Younger consumers are particularly wise to marketing strategies, so embedding humour and participation is crucial to leveraging memes to build brand affinity.

As our time online increases, so does our exposure to marketing and advertising. In my research over the years, I’ve been so surprised by how savvy even the youngest consumers are about the influence of advertising on their communication and behaviour, and how critical they are of brands that are doing it wrong on social media. Often, it’s when brands participate in a trend that they didn’t start that they really win over the hearts of users, contributing to the sense of “media richness” that makes a brand’s contribution to their feed actually meaningful. Sure, traditional influencer marketing has its place, but digital creator collaboration (like Gucci’s latest foray into gaming culture on Twitch with 100 Thieves) is beginning to usher in a new form of brand activation that relies less on traditional modes of engagement. This new form of creator collaboration in meme cultures creates real digital content richness around marketing efforts, making brands on social media far less cringe-y to media literate youth who want brands to communicate on their level.

A core function of participating in meme culture in this meaningful way is recognising that meme culture itself upends traditional brand and consumer hierarchies, placing consumers in a co-creation role with brands. The meme that inspired me to buy those limited edition Crocs wasn’t from the Crocs account itself, but from a regular user repurposing the brand image to make a joke. It wasn’t even a complimentary joke! Brands are artefacts in meme culture whether they participate in it directly or not, so it makes sense to take hold of this incredible opportunity that brands now have to humanise, connect, and play a more relevant role in the platforms we’ll continue to be glued to for some years to come.