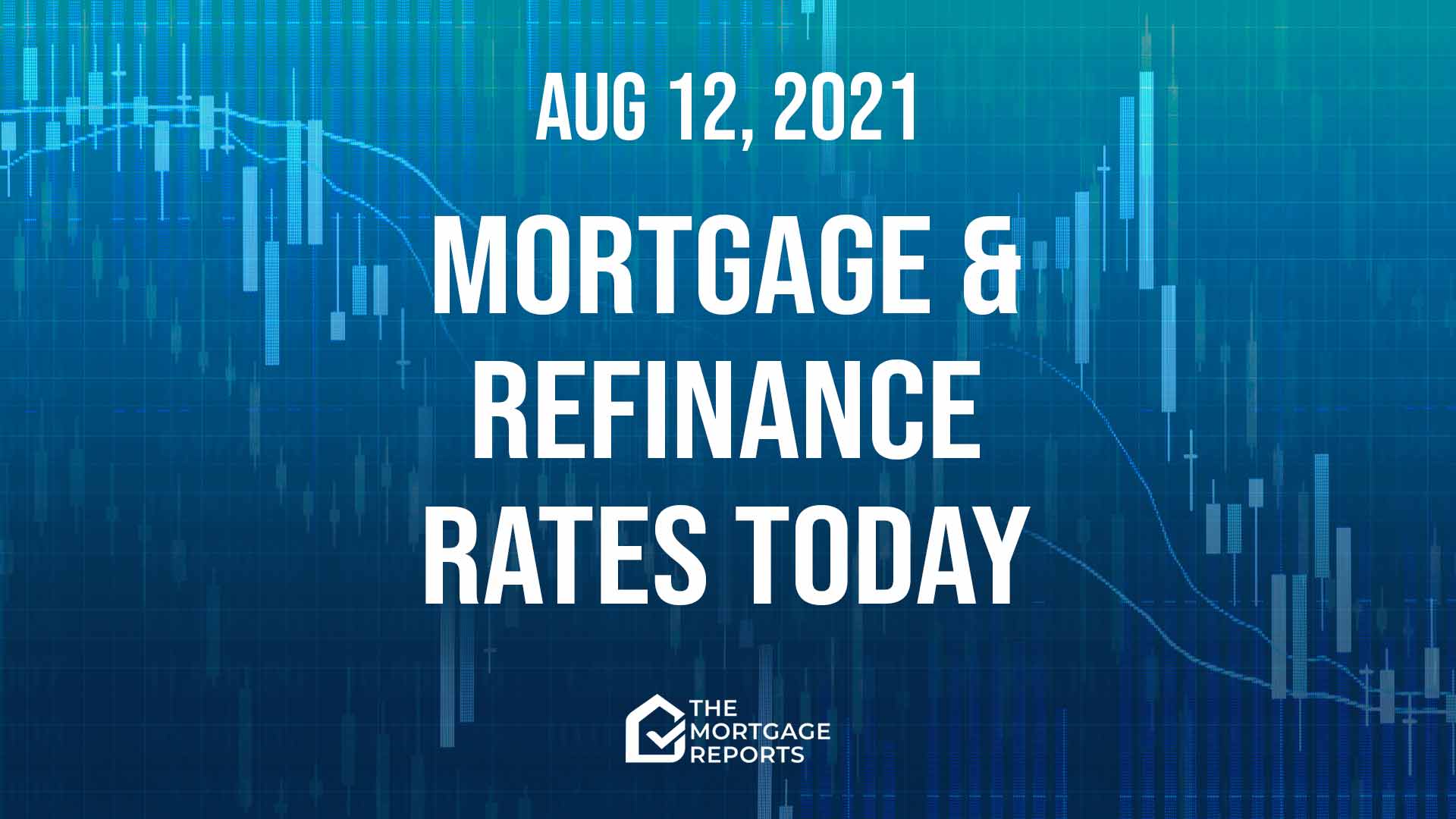 Early movements in markets this morning suggest mortgage rates today might rise modestly. But that could change as the day progresses — as happened yesterday.

It’s still much too soon to put recent movements in mortgage rates into a wider context. So yesterday’s drop might turn out to be a mere blip. And so may recent rises. We’re a long way off being able to identify a trend.

But the risks of continuing to float your rate are greater than they were at the start of last week. (Read on to discover why.) And anyone a little cautious might prefer to cash in her chips rather than continue to gamble on further rate falls.

Still, for now, my personal rate lock recommendations are:

So use markets only as a rough guide. Because they have to be exceptionally strong or weak to rely on them. But, with that caveat, so far mortgage rates today look likely to move higher. But be aware that “intraday swings” (when rates change direction during the day) are a common feature right now.

This morning’s weekly employment numbers were good. And the producer price index was hotter than expected.

Yesterday, CNBC’s Fast Money show hosted a debate (video) with participants including RBC Wealth Management Technical Strategist Rob Sluymer and traders Guy Adami, Tim Seymour, Steve Grasso and Nadine Terman. The discussion was wide-ranging but mostly focused on yields on 10-year Treasury notes. And those yields are important to us because mortgage rates typically shadow them.

Some thought these yields had reached a Goldilocks spot: not too hot, not too cool: just right. They saw the current level as likely becoming the floor in a relatively narrow new range: roughly 1.35% to 1.5%. One expected them to soar to over 1.75% in the next few months. And nobody expected them to fall far.

Of course, pundits are as famed for their forecasting failures as their successes. But their views seem to be the new mood on Wall Street and beyond. And, once enough investors believe something, that thing often becomes a self-fulfilling prophecy.

If you believe they’re likely to be proved right, you’ll probably want to lock your rate now. Because that would mean there are few rewards in prospect for those who continue to float. But plenty of risks would remain.

Well, those four have been joined by two others. San Francisco Fed President Mary Daly and Dallas Fed President Robert Kaplan have both said that tapering should begin earlier than previously expected. And Mr. Kaplan suggested plans should be announced on Sept. 22, as others among our six have.

But some think an announcement could come even sooner. Yesterday, Reuters reported:

Speculation is growing that Fed Chair Jerome Powell will signal timings on tapering stimulus at a meeting of central bankers in Jackson Hole, Wyoming, on Aug. 26-28.

That’s only a couple of weeks away!

All this is of great interest to followers of mortgage rates. Because the last time the Fed announced it would taper a similar program was back in 2013. And, then, mortgage rates shot up as a result of the announcement. Investors didn’t wait for the actual tapering to begin. The signal that it would happen months later was enough to trigger those sharp and sustained rises.

Things are looking undeniably grim for those who want lower mortgage rates. But, as the late Harvard economist John Stuart Galbraith once observed: “The only function of economic forecasting is to make astrology look respectable.”

And there are plenty of threats to the economic recovery that could force investors and the Fed to act in ways that push mortgage rates significantly lower again. But, to me, those appear relatively unlikely while higher rates look probable. Of course, what I think is unimportant. It’s what you think that counts.

However, those rises were mostly replaced by falls since April, though typically small ones. Freddie’s Aug. 12 report puts that weekly average at 2.87% (with 0.7 fees and points), up from the previous week’s 2.77%.

Home remodeling could finally cool, bringing these stocks back to earth