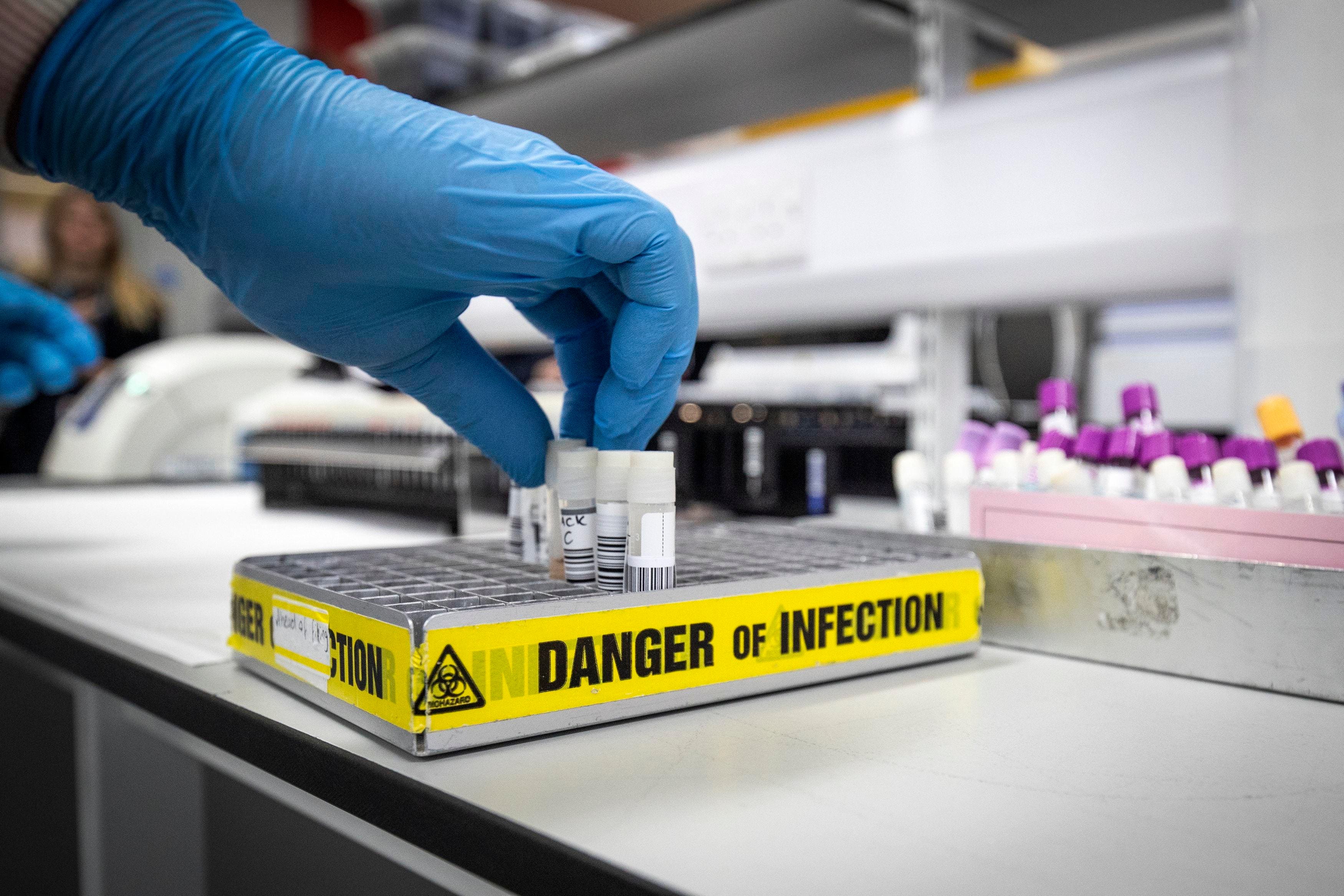 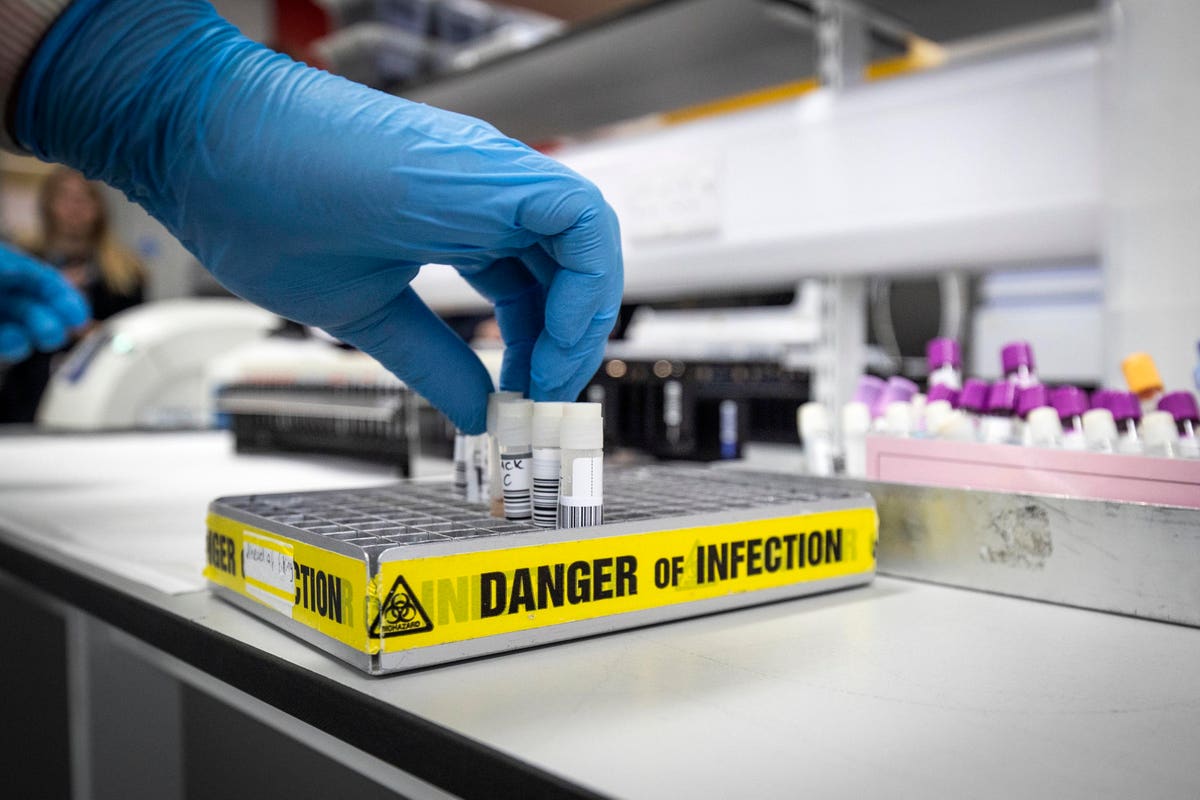 “We’ve not had well done research at all and nearly every safety step on these vaccines has been bypassed,” he says. “And we will never have good research on the vaccines. Any long-term complications and risks aren’t going to ever be known.”

Now, let’s be up front about something: Dr. Stock’s comments are plainly wrong. He’d dispute that, of course, but his words nonetheless stand in total opposition to everything the world’s finest medical professions believe. And let’s be clear about something else: his heretical position has made him the star of the latest ultra-viral piece of coronavirus misinformation.

At a recent meeting of the Mt. Vernon Community School board in Indiana, Stock gave a roughly seven-minute speech urging the school to ignore the prevailing recommendations around Covid. (The board was there to discuss reducing test-and-trace measures; Stock thinks these practices are pointless and believes the board should eliminate them entirely.) And, during the past week, a recording of his address has spread across social media: TikTok, Snapchat, Twitter, YouTube and Facebook. It has been especially popular on the latter, where several versions have collected a total of 90 million engagements—a metric encompassing things such as comments, likes and shares—according to data collected by Media Matters for America, a liberal tech-watchdog group.

“It was a little shocking when I saw that number,” says Alex Kaplan, a senior researcher at Media Matters for America. Indeed, Stock’s address in a matter of days has already become more widely seen than the Plandemic or Planet Lockdown videos, two earlier pieces of coronavirus misinformation that became megahits on conservative corners of the internet. They had represented the pinnacles of online mythmaking about the disease—until Stock came along. By rights, Stock shouldn’t be getting this much attention. Every major social media has made efforts to to curb such content. But the clips of him add up to a powerful reminder that harmful information about Covid can still today easily attract mass audiences on social media. “The problem is,” Kaplan says, “these platforms are supposed to have rules against coronavirus misinformation and vaccine misinformation and yet this stuff still spreads.”

Speaking before the school board, Stock, clad in a crisp white dress shirt, dropping yellow necktie and pants held high by suspenders, made a number of arguments nearly all other doctors would dismiss outright. That masks are pointless and offer no protection against the coronavirus. (They do.) That the CDC has said the vaccine will make the virus disappear. (It hasn’t.) That an unvaccinated person should be treated the same as a vaccinated one. (Health officials have urged those who haven’t gotten the shot to wear masks and socially distance, an effort to both protect themselves and others.) That no vaccines offer protection from infection. (They do.) “I don’t blame this board for that because I know you aren’t scientists, and you thought it was reasonable to listen to the CDC, [National Health Institute], and the Indiana State Board of Health,” Stock said, concluding his remarks. “If anybody here in this board has any questions about anything on that, I will happily come back and sit with you individually if you would like to explain the science.” He exited to scattered applause among the other attendees.

The cheers were probably neither lost on him nor a surprise. Stock says he went to the meeting at the urging of several parents within the community, a small, conservative enclave 30 minutes northeast of Indianapolis. The doctor has deep roots there. Stock, an Indiana native who attended undergrad at Notre Dame and Indiana University medical school, is a family physician who keeps a practice in nearby Noblesville. (If these online reviews are any measure, Stock is well liked by his patients; through Google Reviews, he scores 4.6 stars out of 5. ) His son attended school in the area, though has since graduated, he says.

Stock thinks Covid is manmade, citing a popular conspiracy theory that the virus originated at a medical research facility in Wuhan, China, saying it “strains credulity to believe that this is anything but a lab-created virus.” (“I’d be happy to be proven wrong,” he adds.) Rather than a vaccine, he has urged patients to bolster their immune systems by consuming large amounts of Vitamin D, and consider taking Ivermectin, an anti-parasitic medication often given to animals, or Hydroxychloroquine, an anti-malaria drug. Both have at times been suggested by some as possible coronavirus treatments, including by President Trump. Scientists have studied the drugs and found they have no effect against the virus.

His comments would’ve likely stayed in rural Indiana if it hadn’t been for social media, which has continued to be a breeding ground for this type of content. Facebook, Twitter, YouTube and the others prohibited coronavirus misinformation quickly after the pandemic’s start in spring 2020 and formally prohibited anti-vaccine posts a few months later. But nearly a year after the first bans, the Center for Countering Digital Hate released a report in March on the 12 people it called “The Dirty Dozen,” the people spreading the most coronavirus falsehoods online. The White House put the situation at the forefront of the nation’s discussion around the disease last month when President Biden said Facebook wasn’t doing enough to combat these posts. “They’re killing people,” the president said. Facebook chafed against the Biden’s words, saying it was hard at work and had applied fact check labels or reduced the shareability of more than 167 million pieces of coronavirus misinformation. A few days later, Media Matters for America published findings that showed 200 Facebook groups still actively sharing false coronavirus content.

The Stock video is now the latest evidence that the social media networks’ anti-misinformation campaigns remain largely ineffectual. How exactly did the footage end up on the web? Stock isn’t sure. (He is not, he says, an “internet guru.”) Media Matters for America isn’t certain either. What is certain: The recordings are still actively circulating online, though some of the original links found by Media Matters for America have been taken down. On Tuesday, Andrew Torba, cofounder of right-wing news site Gab, shared a link to it in a mass email to subscribers. And as recently as Wednesday evening, a full recording of the 77-minute Mt. Vernon school board meeting was easily accessible through the board’s official YouTube page. To keep Stock’s comments traveling around, all anyone had to do was strip out his speech, then reshare it—on YouTube or any other platform. A half dozen or so shorter versions were also up on YouTube.

Stock says he has received nothing but overwhelming support since going viral and has enlisted the help of two local woman to help answer emails from well-wishers. He remains in good spirits, eager to offer up a cocktail of “vitamin D, zinc, iron, selenium, iodine” as a booster for anyone worried about catching the disease.

Possibly the only thing he isn’t eager to discuss? His own vaccination status. “That, sir, is none of your business,” he says. “We have to do away with this idea that somehow vaccinating me will protect you. I haven’t seen any data to support that. The basic science says it will not.”

In fact, it will.