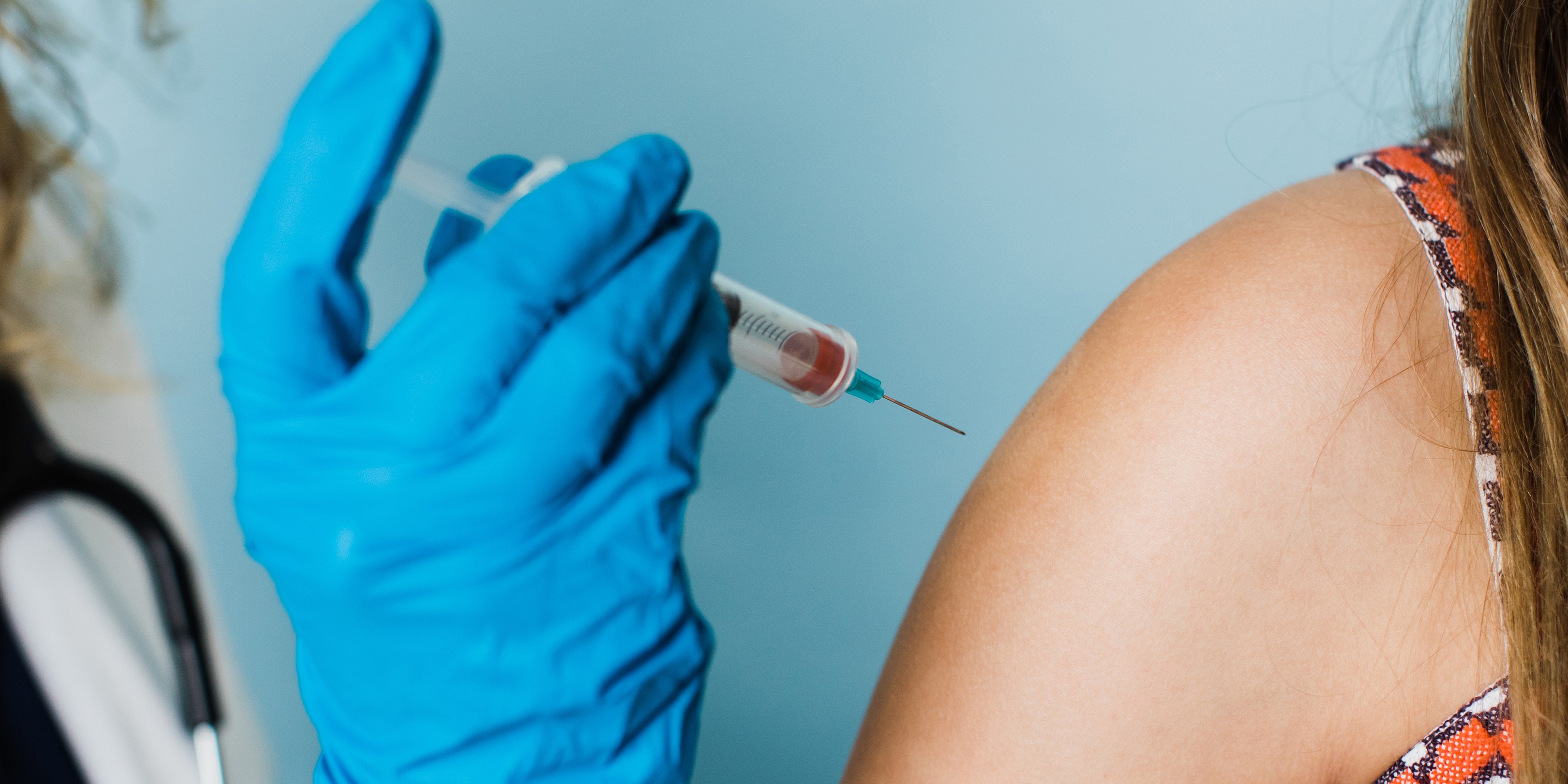 Emma Yarbrough’s psoriasis diagnosis came early at age eight. “I had totally clear skin as a kid, then spots started popping up on my elbows,” she says. By the time Yarbrough, who’s now 33, entered middle school, she says 80 percent of her body was fair game for psoriasis flare-ups.

Psoriasis, a chronic, inflammatory disease, can cause raised plaques and scales on the skin when an overactive immune system prompts skin cells to grow more quickly. While scientists aren’t totally sure what causes the condition, they suspect people’s immune systems and genetics are involved. Anyone of any age can experience psoriasis, but often, according to the National Psoriasis Foundation, diagnosis occurs between ages 15 and 25.

Most of the time, Yarbrough says, the spots were present, but somewhat under control. But when she experienced heightened inflammation, the spots returned with a vengeance –– they weren’t just brighter and redder, but painful and itchy, which was more than just uncomfortable. “Scratching it would cause it to bleed, which would then make the psoriasis worse,” Yarbrough says.

Her psoriasis affected her mentally and socially, too. Yarbrough developed obsessive-compulsive disorder (OCD), a mental health disorder that causes obsessive thoughts and compulsive behaviors, which caused her to pick at her psoriasis. Yarbrough says she also struggled with self confidence throughout her teen years. “Going through puberty with really bad psoriasis was a little traumatizing,” she says. “Living in the deep south in a small town, I felt really visible.”

Back when Yarbrough was diagnosed, effective treatment options weren’t abundant as they are today. For the first several years she lived with psoriasis, Yarbrough says the only medications available to her were prescription topical ointments and oral medications. To manage the flare-ups, she also tried special diets and light therapy. Nothing made a major difference. Finally, when Yarbrough was 15, she reached a turning point: Her dermatologist offered her a new type of medication called biologics.

Biologics are genetically engineered proteins that, according to Michelle Henry, a New York City-based board-certified dermatologist,  focus on the part of the immune system responsible for inflammation, which can relieve symptoms in many autoimmune and inflammatory conditions. Unlike systemic medications such as steroids, which were once commonly prescribed for autoimmune diseases like psoriasis, biologics are more specific, so they result in fewer side effects.