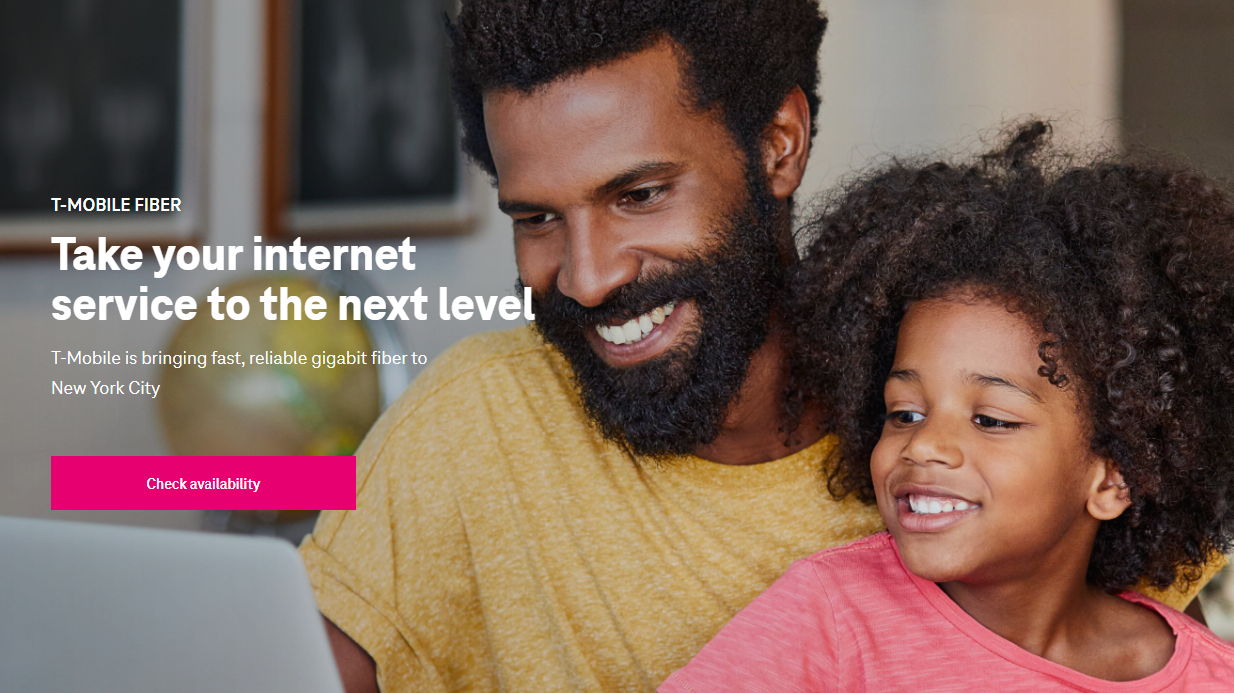 T-Mobile has launched a pilot offering fiber optic home internet service in New York City, according to a report from T-Mo confirmed by The Verge. It’s testing the service in select Manhattan residential buildings, offering 940Mbps upload and download speeds along with a WiFi 6 router, according to the company’s new fiber product page.

It’s using a third-party provider’s fiber rather than its own lines and running the program on a “very limited pilot,” the company told The Verge. It added that it would offer more information “when and if” it rolls out more widely.

The fiber service is being marketed alongside T-Mobile’s 5G wireless home internet launched in April. T-Mobile said that service would deliver average download speeds greater than 100Mbps for most new customers, with a minimum 50Mbps speeds. The service is available for around $60 per month to 30 million Americans across 49 states (not including Alaska), and the company recently told investors it was on track to sign 500,000 customers by the end of 2021.

The fiber offering is a new twist, though it’s not clear how widespread T-Mobile plans to go with it. We’ve also yet to learn pricing, but rival Verizon charges around $80 per month for similar speeds with its Fios service.