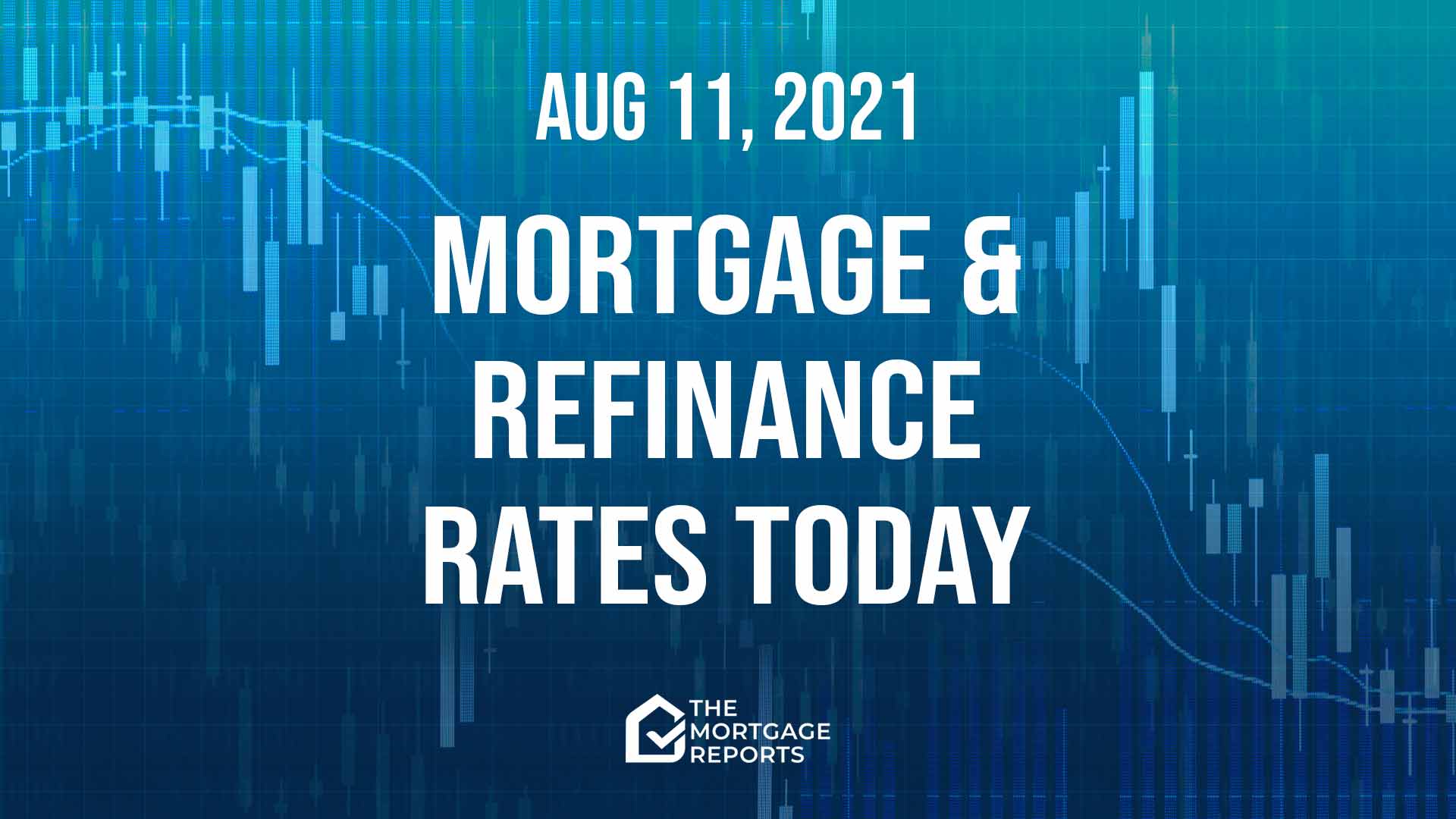 Average mortgage rates moved higher again yesterday. Each recent rise has been moderate or modest. But they’re beginning to add up. Still, those rates remain exceptionally low by almost all standards.

So far this morning, it’s looking as if mortgage rates today might rise again. But inflation data, published at 8:30 a.m. (ET), might yet cause them to hold steady or even inch lower.

We’ve now had rises on five consecutive business days. And they haven’t been small ones, though none has been sharp.

It’s too soon to say with any certainty that last week was a tipping point that will reverse the recent downward trend in mortgage rates. But it certainly might be. And you need to recognize the heightened risk of continuing to float your rate.

So use markets only as a rough guide. Because they have to be exceptionally strong or weak to rely on them. But, with that caveat, so far mortgage rates today look likely to move higher. But be aware that “intraday swings” (when rates change direction during the day) are a common feature right now.

This morning’s consumer price index (CPI) showed inflation continuing at a 13-year high. The year-over-year increase of 5.4% was slightly higher than analysts had forecast. And that might have pushed mortgage rates higher still.

However, at +3.4% year over year, “core CPI” (CPI with volatile energy a food prices stripped out) was a little lower than expected. And that seemed to put a brake on higher mortgage rates.

But it sometimes takes markets a while to digest such figures. So don’t bank on early reactions lasting the day.

Yesterday evening, CNBC ran a story under the headline, “Rising bond yields could be tied to recent comments from Federal Reserve officials” (paywall).

This won’t come as a surprise to regular readers. I’ve been warning this might happen for weeks. And, in recent days, have wondered whether it’s already started.

What’s this got to do with mortgage rates? Well, they’re largely determined by trading in a particular type of bond called a mortgage-backed security (MBS). It’s true that other factors (supply and demand for loans, for example) can influence those rates, too. But they’re basically tied to yields on MBSs.

Is the mystery over?

For months, bond yields have been moving as if the economy were in a recession, while it’s actually in a boom. Observers say this is because investors are scared that the new wave of the Delta variant might undermine the economic recovery. But there’s been very little correlation between worrying COVID-19 news and changes in bond yields. And investors have shrugged off much of the overwhelmingly positive economic data.

So, many have been mystified by why bond markets have been acting as they have. I’m one of them.

There was always likely to be a tipping point when investors finally accepted that the recovery was real and that nothing the coronavirus could throw at it was likely to significantly harm it. And it may well be that last Friday’s employment report created that tipping point.

If it did, mortgage rates should be rising. They’re typically higher when the economy’s doing well.

That CNBC headline refers to a second influence that could push mortgage rates higher. The Federal Reserve is currently supporting the recovery buy buying assets at a rate of $120 billion a month. And one-third of that is being spent on MBSs. That’s keeping mortgage rates artificially low.

Everyone accepts that the Fed can’t keep this up forever. But two top officials said last week that they’d back a Sept. 22 announcement. And two others more vaguely said they’d support an early one. That’s much sooner than was previously expected.

If history repeats itself, such an announcement would lead to sharply higher mortgage rates. At least, that’s what happened when the Fed last made a similar announcement, back in 2013. Maybe circumstances are different now. But you’d have to be brave to bet your next mortgage rate on that being the case.

And investors won’t necessarily wait for that announcement to be made. Once they’re convinced that one is imminent, they’re likely to act as if it had already been made. Indeed, that may be what’s happening now. And it would explain that CNBC headline.

Of course, nothing’s certain. Indeed, if anything defines the last couple of years, it’s uncertainty. And it’s perfectly possible that something catastrophic will arise that sends mortgage rates plummeting again.

Indeed, they may yet resume their gentle falls without that catastrophe. We’ve had only five business days of rising rates. And that’s way too short a time on which to base predictions.

But, to my mind, the risks to low rates are piling up. And, if the recent rate rises continue, I’ll soon be back to urging you to lock soon. In the meantime, it’s up to you to make your own analysis of the risks and rewards of floating.

However, those rises were mostly replaced by falls since April, though typically small ones. Freddie’s Aug. 5 report puts that weekly average at 2.77% (with 0.6 fees and points), down from the previous week’s 2.80%. But that report didn’t take into account rises on that Wednesday, Thursday and Friday. And this Thursday’s report will likely show an appreciable rise.

Cake Mortgage Review: A Piece of Cake From Start to Finish?

‘The Fed got the memo.’ Here’s what you can do to prepare for the coming rate hike