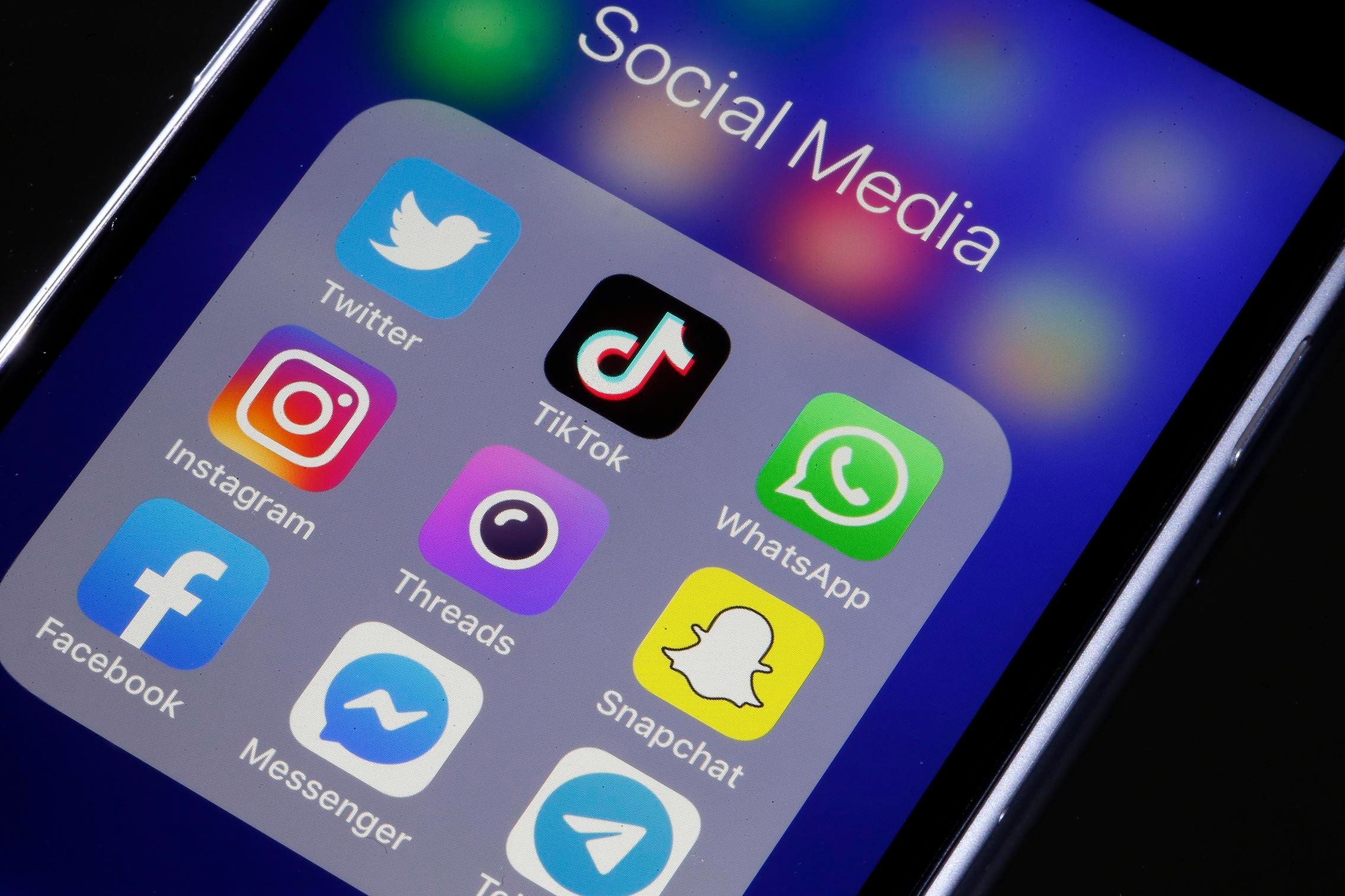 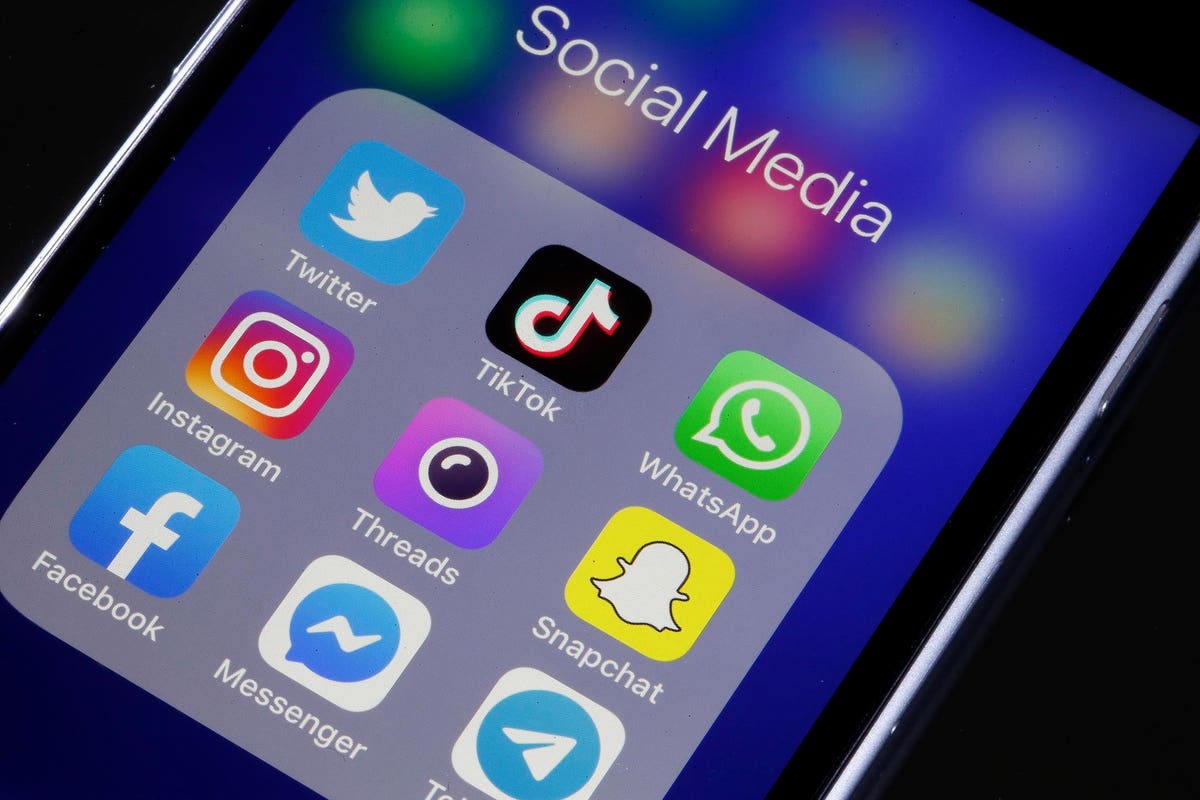 Taking On Tech is an informative series that explores artificial intelligence, data science, algorithms, and mass censorship. In this report, For(bes) The Culture examines the disproportionate harassment Black creators experience on TikTok, Twitter, Instagram and Facebook.

In “The Dream Machine,” a biography on American psychologist and computer scientist J.C.R. Licklider, author M. Mitchell Waldrop masterfully captures Licklider’s vision for ARPANET—the predecessor of today’s modernized internet. The book delineates a future in which computers would “empower individuals, instead of forcing them into rigid conformity.” Licklider dreamed that someday computers would evolve beyond their basic function and become tools that would “serve as new media of expression, inspirations to creativity, and gateways to a vast world of online information.” Computer science has come a long way from the 1960’s. The internet and the advent of social media have profoundly revolutionized the sphere of mass communications. According to a 2020 global consumer survey conducted by Statista, 3.6 billion people worldwide were active on social media. That number is projected to rise to about 4.41 billion by 2025.

Similar to the Declaration of Independence, social media platforms are promising users access to utopian safe-havens where equity, acceptance, and unbridled opportunities abound. Unfortunately, consumers vulnerable to the harassment, violence, and inequities of the analog world encounter much of the same in the digital space. According to a study conducted by the Pew Research Center, 1 in 4 Black Americans reported being harassed because of their race. Of those surveyed, 74% consider online abuse “a major problem.” Black creators are demanding accountability from social media companies for sanctioning race-based harassment by removing content that confronts racism instead of the accounts promoting it.

In August of 2019, University of Oklahoma professor and policy debate lead George Lee began posting his analyses on white supremacy and systemic injustice to his 1.4 million TikTok followers. An influx of antagonists flooded his page shortly thereafter, and maliciously reported one of Lee’s more popular videos for being in violation of TikTok’s guidelines. Instead of penalizing individuals leaving racist remarks in his comment thread, Lee’s video was flagged and removed for harassment and hate speech. “The first time it was taken down, I thought it may have been over the mention of white supremacy in the caption,” Lee recalls in an interview with For(bes) The Culture. “When I reposted the video without a caption, I was surprised to see they still found it in violation of their community guidelines. From that moment on, anytime I mention white supremacy my content is suppressed.”

Lee’s claims are substantiated by accounts such as TikTok influencer Ziggi Tyler’s. The Black creator recently demonstrated how Tiktok’s algorithm flags keywords and phrases that affirm Black identity as inappropriate. First, Tyler entered “Black Lives Matter,” “Black success,” “I am a Black man,” and other pro-Black text. He immediately received pop-up warnings instructing him to edit the language in his ad. When Tyler entered “white supremacy,” and “I am a neo-Nazi,” he wasn’t prompted to remove the offensive text and could sail effortlessly in to the Creator Marketplace without further incident.

For(bes) The Culture contacted TikTok for comment on the censorship and harassment Lee experienced. “We recognize and value the impact that Black creators continue to have on our platform and across culture and entertainment,” a spokesperson for the company shared via email on Friday. “We’re committed to investing in resources and building technology that address their concerns, including working to ensure fair and equitable policies. We wholeheartedly want to be part of the solution and will continue to share updates as we make progress toward these goals.”

For Lee, that progress isn’t happening quick enough. He has been doxxed, trolls have contacted his employer, and his wife receives vulgar messages in bulk—sometimes mentioning their children. “I’ve reported this activity on various platforms, but somehow majority of these instances never seem to violate community guidelines,” Lee explains. “In all honesty, the idea of an algorithm being neutral needs to be obliterated. It’s used to gaslight and deny the realities of BIPOC creators resulting in discursive and psychological violence.” Lee continues urging apps to crack down on racist users more than those targeted by their racism. In his eyes, the rules on most social media platforms are arbitrarily applied to activists and educators of color “based on palpability, respectability, and white mainstream zones of comfort.” He isn’t alone in his assertion.

“Frankly, I believe it’s all rooted in white supremacy and fragility,” New York Times Bestselling author, Frederick Joseph tells For(bes) The Culture. “These algorithms were designed primarily by white engineers with white individuals in mind. The designers are conditioned in white supremacy and so are their algorithms.” The Forbes 30 Under 30 honoree is convinced that content rooted in Black advocacy is often reported as  “incendiary” or “divisive” by white consumers unwilling to confront their complicity in upholding systems of inequity.

Joseph was first targeted for harassment amid the protests surrounding the murders of George Floyd, Breonna Taylor and Ahmaud Arbery. As America struggles to reckon with police brutality and systemic violence against the Black community, Joseph relies on social media to move messaging and mobilize his followers in support of activists in the trenches. Since June of 2020 Joseph has experienced an uptick of race-related harassment. “I am not only called racist slurs on a regular basis, I’ve had people as recently as last week publicly say they were going to murder me,” Joseph recalls. “I’ve reported these instances with proof, as have many of my followers. So far, no consequences for the perpetrators.” The author says he has been in conversation with Twitter CEO Jack Dorsey about “the failures of the platform.” Joseph is convinced that only a deep assessment and overhaul of the inherent bias embedded in the company’s algorithms and policies will produce favorable outcomes.

Employees at Instagram may be inclined to agree. In October of 2018, The Atlantic interviewed three employees of the company on how Instagram intends to combat harassment. They allege that most of the app’s anti-bullying and harassment initiatives are performative, underfunded, and that Instagram’s PR statements aren’t “really connected to what’s actually going on in the company.” When it comes to apps like Instagram and Facebook, Joseph believes “they are the most devastating tools of bigotry in modern history.”

Accounts like Joseph and Lee’s spotlight the realities of algorithmic aggression and it’s assertion of penalty over protection when Black creators speak out on the abuse they endure. Despite the plethora of promises pouring from multiple platforms and their PR teams, activists and organizers remain doubtful of their intention to demonstrate tangible effort.

“I just don’t trust these platforms any longer. They are literally willing to see us be killed or lose our mind for the virality of it all,” Patrisse Cullors tells For(bes) The Culture. The Black Lives Matter co-founder recently took to social media to reflect on her tumultuous relationship with various platforms spanning fifteen years. The Dignity and Power Now founder shared her plans to establish better boundaries for herself and her followers on social media. One carrousel slide she posted to Instagram read, “I won’t be responding to or engaging with trolls—real or fake. I wouldn’t let someone yell and scream at me in person so why would I let someone do so online?” Cullors also acknowledged that the attacks she has endured over the years have “created new trauma” for her.

This comes as no surprise as Black women are the most abused demographic on social media, especially on apps like Twitter. According to a 2017 study conducted by Amnesty International’s “Troll Patrol” project, Black women on Twitter were 84% more likely to be targeted for harassment than white women. Cullors believes social media companies have created “a new infrastructure that doesn’t value human life.” Fortunately, the brazen leader already knows her worth and is helping others discover theirs. Aside from her abolition work, the artist, writer, and executive producer declares that she will be prioritizing “Black joy, art and creativity” in her upcoming posts. She encourages her followers to continue using apps responsibly and to “hold space for human beings often impacted by social media’s inherent racism, sexism, and capitalism.”