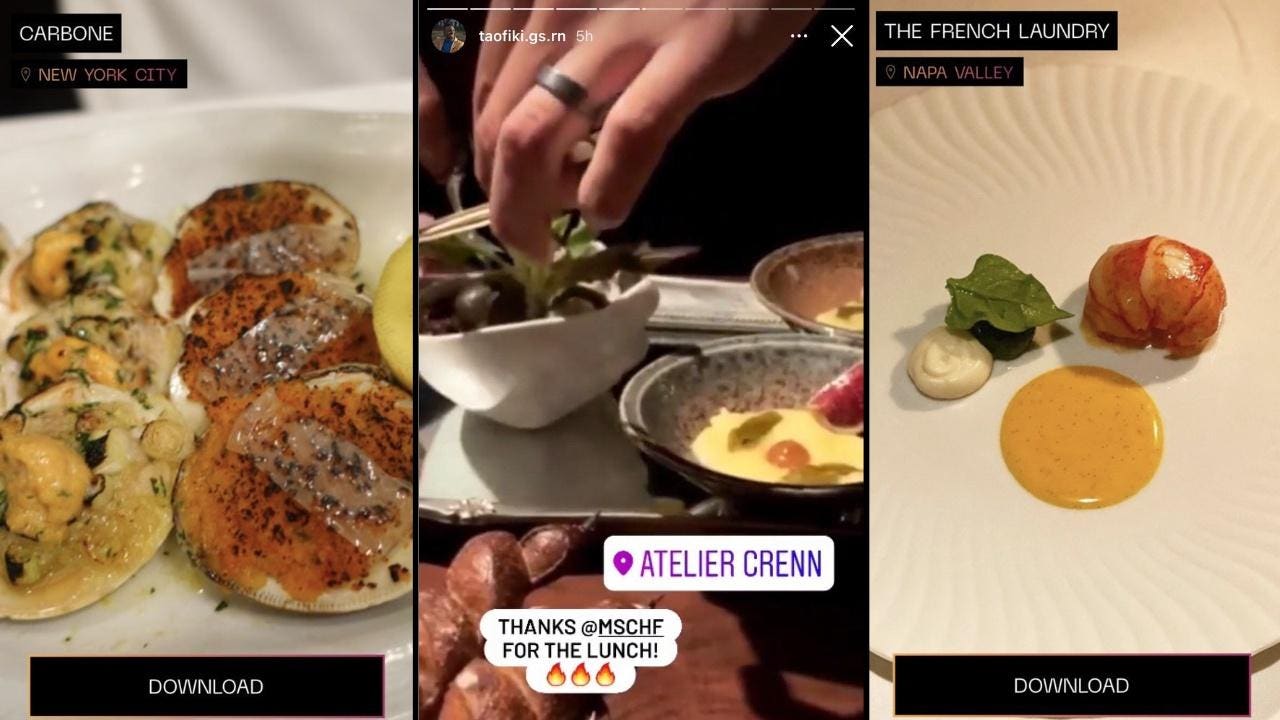 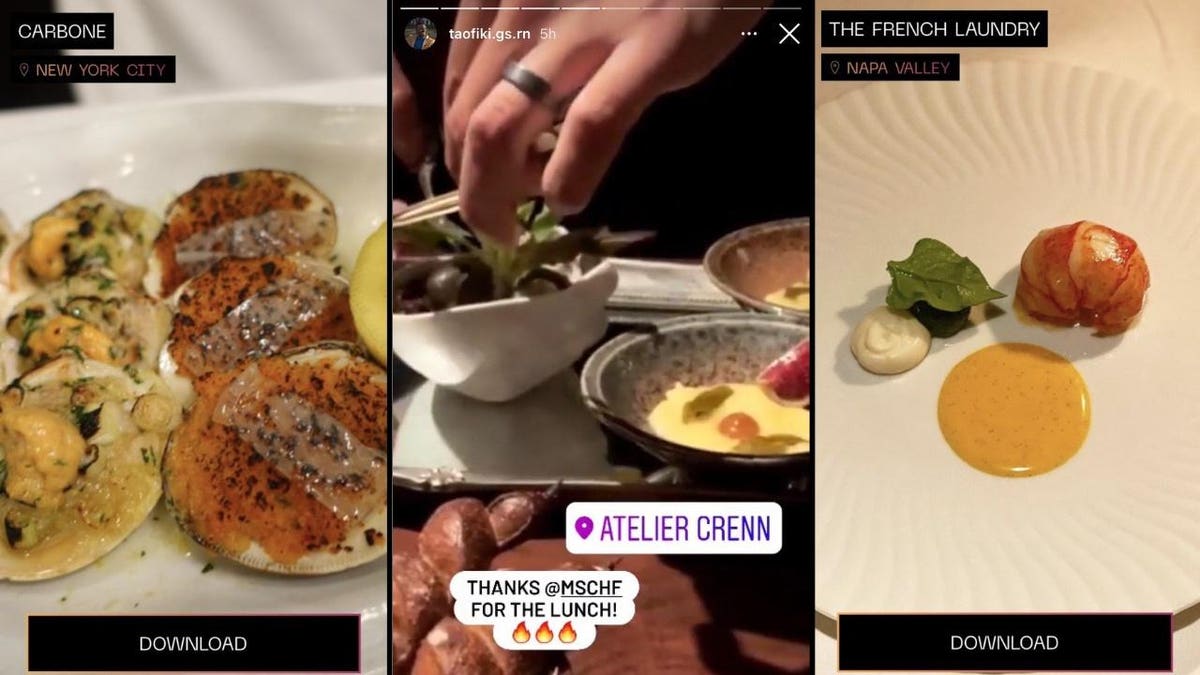 MSCHF is a Brooklyn-based art collective that every two weeks drops “anything we feel like” from Lil Nas X’s ‘Satan Shoes’, to apps with Mr. Beast, and even a Boston Dynamic’s robot dog that shoots a gun. Drop #52 is called “Stolen Stories” and aims to put the flex of eating out at a fancy pants restaurant into everyone’s life for free. As social media has become more performative, and less aligned with our true experiences, posting lavish dinners on Instagram has become the norm for those with the means to dine out at high-end establishments frequently.

If you head to www.stolenstories.com, you’ll see a buffet of pictures and videos of $100 plates at famous restaurants taken by people with obvious coin, or by those who want you to think they have money to blow like that. But with no personal or identifying characteristics, these magnificent meals can be ripe for social capital harvest by anyone; Stolen Stories is served!

“You can literally be chilling on the couch and pretend that you’re at Nobu”, says MSCHF. The idea of lying for clout has been around since, well, clout, but websites that are designed to help you do just that are far and few between. “You can flex like those suckers who paid $100 for one scallop on a 20-inch plate.”

Here’s how to make that girl who ghosted you on Tinder in 2018 who still follows you on IG jealous that you can afford to spend $140 on oysters:

2) Download a picture or video of a meal at a restaurant that interests you.

3) Open Instagram and upload your new meal to your Story.

4) Make sure to location tag that restaurant and thank @MSCHF for ‘covering your meal’.

If you’re wondering what MSCHF is trying to say with this stunt, that is one of the main reactions that this group consistently aims for. The manifesto for Stolen Stories explains clearly the reasoning for why flexing fancy food has become a social norm and what compelled them to disrupt this space.

Willing to expand upon more of their general thoughts in this area and on the future of social capital, MSCHF generously answered a few more questions in an exclusive mini-interview that ironically took place in Instagram DMs.

MSCHF: We’re always looking for ways to break systems and play with the idea of value and Stolen Stories lets us do both at the same time! Resumption of in-person dining this summer has of course thrown restaurant attendance, and what it means to broadcast restaurant attendance, into sharper focus as of late.

Weimer: Is this drop in the same mindset of the popular phrase ‘eat the rich’, but just more literal?

MSCHF: Yes, though of course, it’s a bit more directed than that since we’re most specifically interested in the dynamic between social capital and literal capital.

Weimer: As performative social media continues to be more and more outlandish, what mental effects do you think this will have or are already having on younger folks who are less fortunate?

MSCHF: There’s a lot of existing thought on this. The key here is that even though we’re all aware of how social media works and effects us, it doesn’t lessen its effects. ‘You are not immune to propaganda’ and all that.

Weimer: Do you think flexing wealth/rich people things on social media will ever get to a point where it’s seen as super cringe by the general public? Or is it here to stay for good?

MSCHF: Good question. This mostly manifests as trends in what type of content production is in vogue. There are specific genres of posts (think of all those travel posts of a person with one hand stretched back to hold the photographer’s hand) that no longer get posted seriously because everyone acknowledges how fictional they are. After a certain point, they start to make the poster look lame instead of cool/affluent. But that’s not a trigger for some massive societal introspection. It just means you have to find the next ‘cool’ genre of post. Maybe that means you pivot to expensive cottage core or something. One way or another, the whole ecosystem still just drives towards growth.

This interview has been edited and reduced for clarity.