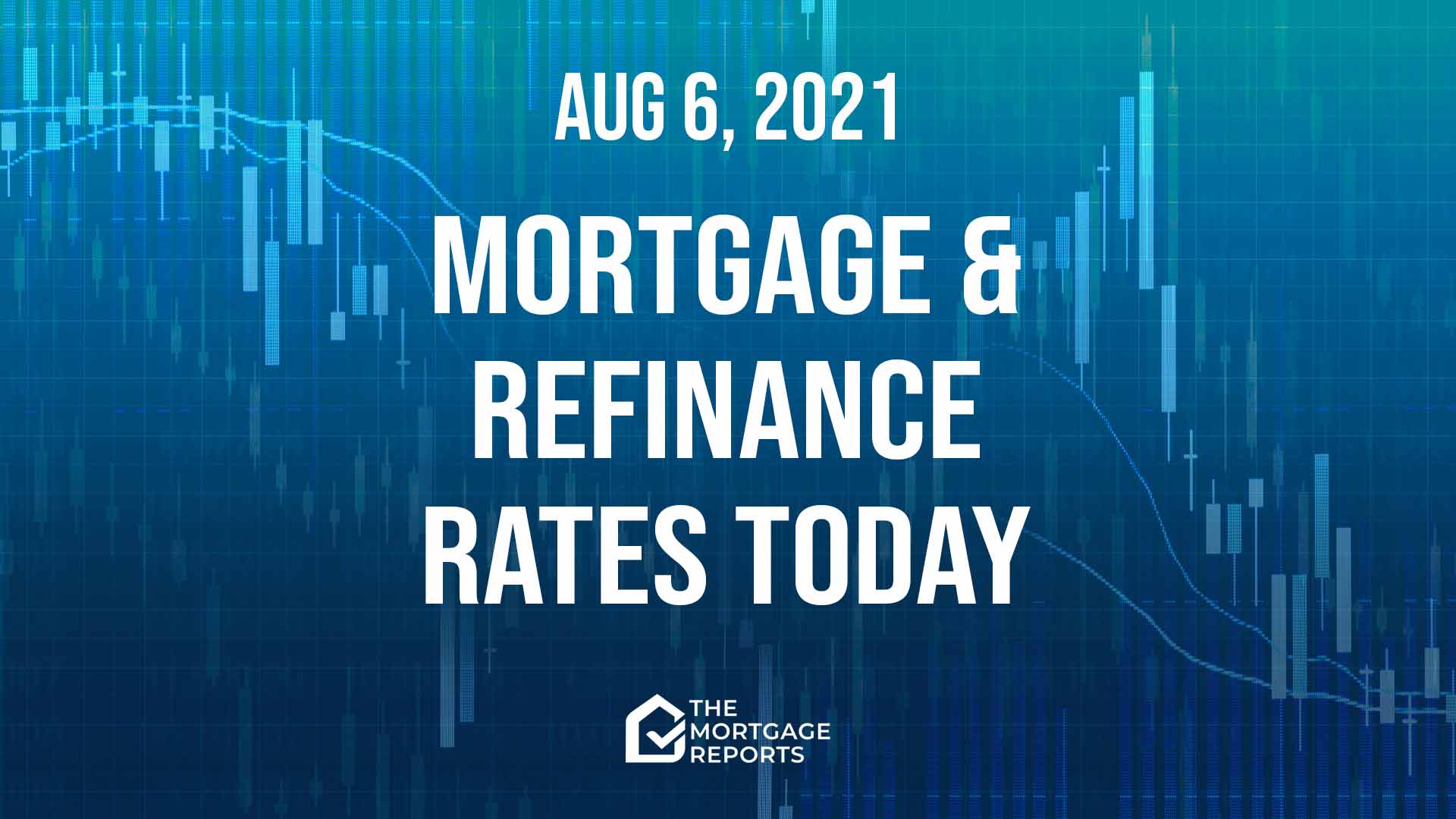 Average mortgage rates rose again yesterday. And they begin this Friday only a little lower than they did this time last week.

This morning’s excellent employment situation report sent yields on 10-year Treasury notes shooting up. And that almost certainly means that mortgage rates today will move appreciably higher. But read on to discover why the rise just might become less sharp as the hours pass.

With global market uncertainty surrounding the Delta variant of COVID-19, we saw 10-year Treasury yields drift lower and consequently mortgage rates followed suit. The 30-year fixed-rate mortgage dipped back to where it stood at the beginning of 2021, and the 15-year fixed remained at its historic low. This bodes well for those still looking to refinance, renovate or even purchase a new home.

So, you now have to decide whether to seize these certain benefits by locking immediately or take a chance on further falls by continuing to float.

Of course, only you can make that decision. But my personal rate lock recommendations are:

So use markets only as a rough guide. Because they have to be exceptionally strong or weak to rely on them. But, with that caveat, so far mortgage rates today look likely to rise. But be aware that “intraday swings” (when rates change direction during the day) are a common feature right now.

The official employment situation report contains arguably the most important economic data seen in any month. Recently, inflation reports have been vying for influence. But it’s hard to overstate how critical employment figures are to the economy, the country and investors.

Normally, a good employment report sees investors sell bonds and buy stocks, which are more profitable and less risky when the good times are rolling. And that sees mortgage rates, which are mainly determined by yields on a form of bond called a mortgage-backed security (MBS), rise. Bond prices and bond yields move inversely.

And that’s what happened this morning, immediately after the July report was released at 8:30 a.m. (ET). It was much better than expected, with the country adding 943,000 jobs to its nonfarm payrolls. Most analysts were forecasting between 845,000 and 870,000 new jobs that month.

Meanwhile, the unemployment rate dropped to 5.4% in July from 5.9% in June. And average hourly earnings were up 0.4%, as they were the previous month. Writing for The New York Times hours before the figures came out, Andrew Ross Sorkin explored several alternative outcomes, including the one that transpired:

Strong job growth and hefty wage gains: This is great, for now. The post-pandemic economy is in full swing, with workers reaping the rewards. But the recovery is likely closer to the end than the beginning. That puts ambitious government spending plans in jeopardy. The Fed may taper its support sooner, possibly leading to market tantrums.

Why mortgage rates might end today only moderately higher

Markets responded to this morning’s excellent report as you’d expect: with appreciably higher bond yields and therefore higher mortgage rates. But it’s possible that enthusiasm could wane as the day wears on and that those rates may be less sharply higher by this evening. How come?

Well, Aaron Ross Sorkin already hinted at a reason. Some investors figure that a good report might hasten the Federal Reserve’s plans to “taper” (gradually reduce) its purchases of mortgage-backed securities, on which it’s currently spending $40 billion a month. And, to them, maintaining that support can be as valuable as an economy that’s recovering strongly.

Sometimes, it takes markets a while to decide on a considered response to such news. So, at 10 a.m. (ET), very little is certain about how today will play out for mortgage rates.

However, those rises were mostly replaced by falls since April, though typically small ones. Freddie’s Aug. 5 report puts that weekly average at 2.77% (with 0.6 fees and points), down from the previous week’s 2.80%.

Unless mortgage rates rise a half percent, there will be opportunities in homebuilders, says Evercore’s Kim