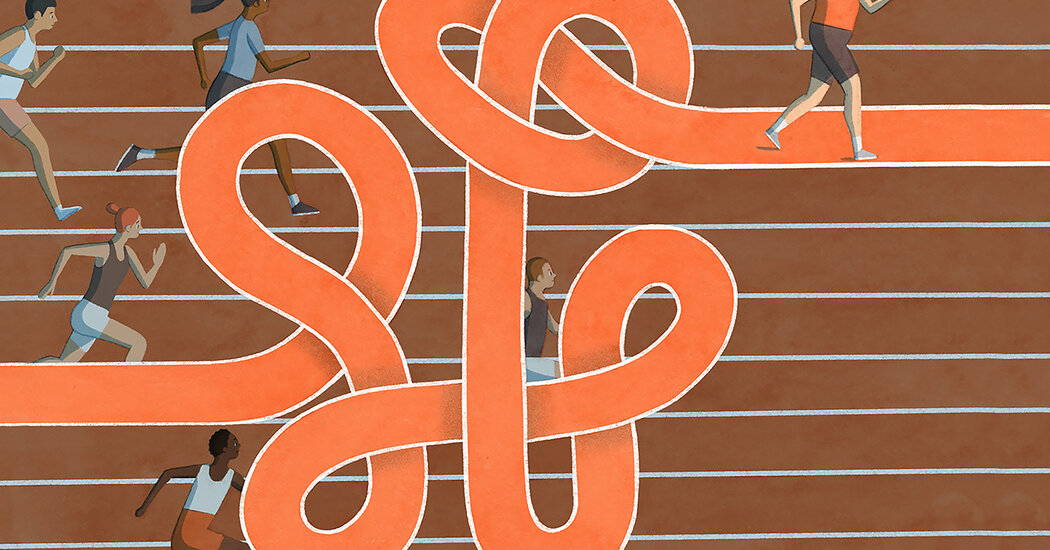 Sometimes it’s not a major news headline that stays with you, but something a bit smaller. When I read that Julia “Hurricane” Hawkins took up running at age 100, I was struck by her verve and advice to “look for magic moments” in life. It reminded me of something I’ve been thinking about for years: It’s never too late.

In my early 20s, despite having attended New York University’s Tisch School of the Arts as a screenwriting major, I discovered — to my great distress — that I had not yet become an award-winning Hollywood luminary and was instead working as an office manager.

Someone suggested “The Artist’s Way” by Julia Cameron. It’s a therapeutic workbook for creative types and includes assignments like writing three pages of your stream of consciousness every morning and sending yourself an encouraging postcard.

Feeling stuck and trapped, I wrote my “Morning Pages” and took myself out on nourishing art dates and all kinds of other things the book instructed, in an effort to stay dreamy and creative and combat the gloomy depression that would set in when I would enter numbers into a spreadsheet or see yet another 30 under 30 list without my name.

Sprinkled throughout Ms. Cameron’s book are short inspirational anecdotes and quotes. One I photocopied and glued into my journal was a quick sentence or two about how Henri Rousseau was a tax collector until the age of 49, when he started working on his art full time. Proving: It’s never too late.

I held that idea tightly as I left my office manager job and moved on into a career as a writer and editor at magazines and websites. When I joined The New York Times as an editor on the Metro desk, I swore that I would try to work on a new screenplay on the side.

And along the way, as time passed, hints reinforcing the idea that “it’s never too late” kept popping up.

I read that Gertrude Mokotoff got married when she was 98 years old to a guy she met at the gym.

Bob Long was the chief technology officer of a health care technology company in Boise, Idaho, then retired, and at 70 years old, entered a 1,000-kilometer horse race in Mongolia, and won.

Unexpected pivots, like Keith Rivers, who quit the N.F.L. at 32, moved to Paris and started studying art, were also inspiring to me. He had trained for years to be something most people can only dream of — a professional football player — then pursued a new, different dream.

When I joined The Times’s Narrative Projects department last year, I wondered if we could collect more stories with that theme. I pitched It’s Never Too Late as a series, and the response from colleagues was enthusiastic. After posting a request for submissions, we received stories from all kinds of people in various circumstances, whether learning new skills or pursuing a deferred dream.

In the first installment of the series, Vijaya Srivastava recounts learning to swim at age 68. Her story is not about being at the top of your game in talent and skill, like an Olympic-level skateboarder. But the underpinnings: facing your fear, taking the first step and getting into the water — this is the prodding I need, the truth I must remember. Ms. Srivastava can now swim 20 laps in a session!

Whether it’s playing the cello, flying to space, learning to ride horseback or finishing a screenplay, I’m sure I’m not the only one who could use a little nudge and a reminder that you never know what the future holds — but you do have the power to shape it.

As Ms. Srivastava put it, “Finally I decided if I don’t try, it’s never going to happen.”