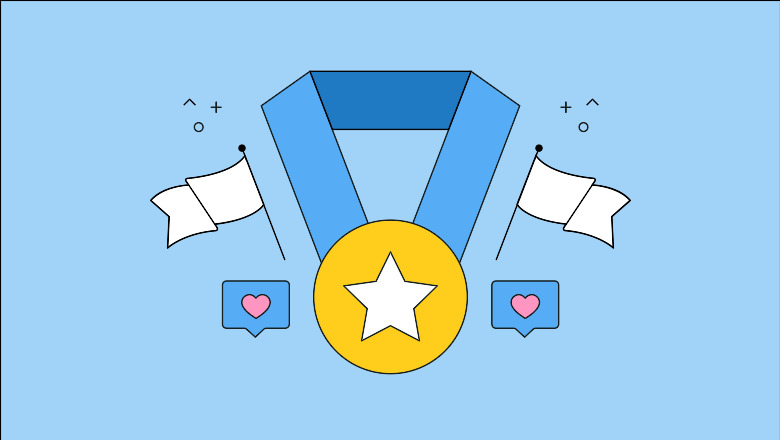 But this year’s event looks markedly different from Rio and London. Due to COVID-19 protocols, spectators aren’t allowed in the stadiums and athletes are required to wear masks at all times when not competing. And to minimize contact, podium winners will be asked to place medals around their necks themselves.

The pandemic-inspired changes don’t seem to be dampening fans’ excitement surrounding the socially distanced games. Viewers are taking to Twitter to share which events they’re most looking forward to and their hot takes on athletes’ performances.

In the Olympics, before each event I think there should just be a normal person having a go to show you the scale of how phenomenal the Olympians are

Using Sprout Social’s Advanced Listening, we analyzed over 4.4 million Tweets from July 1, 2021 to August 3, 2021 to learn more about how brands and fans are using social to stay engaged from several thousand miles away.

After the year we’ve all had, it shouldn’t come as a surprise that the 2020 games got off to a shaky start.

Sentiment surrounding the games remained steady at 43% positive and 23% negative (34% neutral), before swinging sharply to negative on July 8, the day it was announced spectators would not be allowed. The Japanese public was equally vocal about their opposition toward the games, with many concerned the influx of athletes from other countries could lead to a superspreader event.

Still, fans all over the world are eager to tune into their favorite events with streaming services contributing to overall viewership. NBC saw steady growth in viewership over the first three days of the game with a good portion of views coming from the network’s streaming service, Peacock.

Bring fans behind the scenes

With COVID restrictions in place, social networks and brands are stepping up to bring fans as close to the games as possible. Spectators might not be allowed inside stadiums to cheer on their favorite athlete, but they are on social media at all hours. A steady stream of interactive or behind-the-scenes content can help keep fans engaged regardless of where they are.

To catch fans up on the latest results and highlights, basketball analyst LaChina Robinson and former skater Adam Rippon host #TalkinTokyo every morning on Twitter to recap the previous day’s events.

Livestream platforms like Twitch further bridge the gap between fans and the games through highlights shows, streamer competitions and Q&A sessions with athletes. To kickoff the opening ceremony, for example, NBC and Twitch created an interactive game for streamers ahead of the cauldron lighting. The summer games also have partnerships in place with Snapchat and NowThis to curate daily stories, video profiles and a series of athlete-focused video content.

Part of the charm of the summer games is learning about the lives of the athletes competing on the world’s biggest stage. For brands, the key to joining the conversation is knowing which athletes to partner with and using your platform amplify their voices.

Consider the partnership between Athleta and Allyson Felix, which comes at a time when mom athletes were forced to make the tough decision to leave their families behind to compete in Tokyo. In conjunction with the track and field champion, the apparel company announced a first-of-its-kind grant program designed to cover childcare costs for athlete moms. Of the 2,445 Tweets discussing the newly formed Power of She Fund, 51% of all messages registered as positive, while 31% were neutral and 18% were negative.

Allyson Felix and Athleta have announced the Power of She Fund, grants that will help cover child care costs for athlete moms.

Calm, the #1 app for meditation and sleep, took a similar approach when chiming in on the social conversation surrounding the GOAT of gymnastics, Simone Biles. The gymnast has dominated much of the Tokyo conversation, with the total volume of messages surpassing 89,964 Tweets since the start of the games. Since Biles’ decision to withdraw from the team and individual events, the phrase “mental health” has been used in conversation with Biles in over 8,970 Tweets.

For Calm, the decision to enter the Biles discourse feels appropriate. The app previously spoke out in defense of top-ranking tennis player Naomi Osaka’s decision to prioritize her own mental well-being and encourages normalizing one’s mental health. Calm not only commended Biles for her actions but also committed a $30,000 donation to the Women’s Sports Foundation in her honor.

What @Simone_Biles did in Tokyo took more strength and courage than any of her gold medals ever asked of her.

This is bigger than sports.

Every time a “superhuman” athlete acknowledges their humanity and normalizes putting mental health first, we all benefit. pic.twitter.com/LQjTksqeGx

Speaking to an international audience is no small feat, especially when you consider all the subtle differences that make each culture unique.

Failure to acknowledge these cultural nuances is what leads to racist behavior and discrimination. Prior to the start of the summer games, Twitter was filled with conversations around discriminatory practices that specifically targeted Black athletes like Sha’Carri Richardson and Black swimmers with natural hair.

Brands also need to be cautious about the imagery, iconography and typography they use when speaking to a global audience. Using elements of a specific culture can lead to cultural appropriation while using the “chop suey” font when referring to Asian athletes is offensive to Asian cultures.

On the other hand, brands that make the effort to embrace and embody what makes each culture unique are celebrated for their work. Toyota’s latest commercial featuring Alexa Moreno, the first Mexican gymnast to medal at a world championship, was positively received for paying homage to Moreno’s cultural heritage.

This may be my favorite Olympics commercial. Toyota USA featuring a Mexican gymnast and hits all the cultural high notes. ❤️ https://t.co/UiAJy1k1bE

Especially at an event as international as the summer games, it’s imperative that brands take a moment to evaluate how their content will be interpreted by a diverse audience. Bringing in diverse perspectives at the start of the content creation process and asking for feedback can help brands avoid cultural mistakes on social.

May the best teams win

The Tokyo summer games were always bound to deliver the feel-good celebrations and underdog stories that fans crave when our athletes compete on the world’s biggest stage. The only difference this year is how those moments are brought to spectators, with the best fan experiences starting and ending on social.

Whether you’re preparing to host the world’s biggest sports competition or your next local event, social needs to be at the heart of your marketing strategy. To learn more about how to leverage social to keep the most die-hard fans engaged, check out our guide on all things social media video marketing.