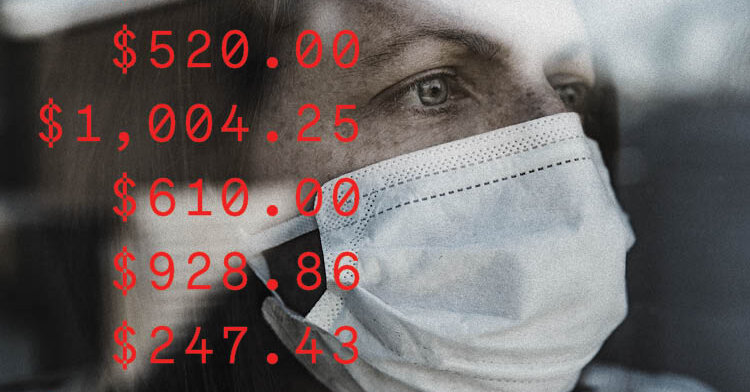 But insurers could try to do more, like penalizing the unvaccinated. And there is precedent. Already, some policies won’t cover treatment that results from what insurance companies deem risky behavior, such as scuba diving and rock climbing.

The Affordable Care Act allows insurers to charge smokers up to 50 percent more than what nonsmokers pay for some types of health plans. Four-fifths of states in the U.S. follow that protocol, though most employer-based plans do not do so. In 49 states, people who are caught driving without auto insurance face fines, confiscation of their car, loss of their license and even jail. And reckless drivers pay more for insurance.

The logic behind the policies is that the offenders’ behavior can hurt others and costs society a lot of money. If a person decides not to get vaccinated and contracts a bad case of Covid, they are not only exposing others in their workplace or neighborhoods; the tens or hundreds of thousands spent on their care could mean higher premiums for others as well in their insurance plans next year. What’s more, outbreaks in low-vaccination regions could help breed more vaccine-resistant variants that affect everyone.

Yes, we often cover people whose habits may have contributed to their illness — insurance regularly pays for drug and alcohol rehab and cancer treatment for smokers.

That’s one reason, perhaps, why insurers too have so far favored carrots rather than sticks to get people vaccinated. Some private insurers are offering people who get vaccinated a credit toward their medical premiums, or gift cards and sweepstakes prizes, according to America’s Health Insurance Plans, an industry organization.

Tough love might be easier if the Food and Drug Administration gives vaccines full approval, rather than the current emergency use authorization. Even so, taxpayer-financed plans like Medicaid and Medicare must treat everyone the same and would encounter a lengthy process to secure federal waivers to experiment with incentives, according to Larry Levitt, executive vice president of KFF, a nonprofit focusing on health issues. (Kaiser Health News, where Rosenthal is editor-in-chief, is one program under KFF.) These programs cannot charge different rates to different patients in a state.

KFF polling shows such incentives are of limited value, anyway. Many holdouts say they will be vaccinated only if required to do so by their employers.