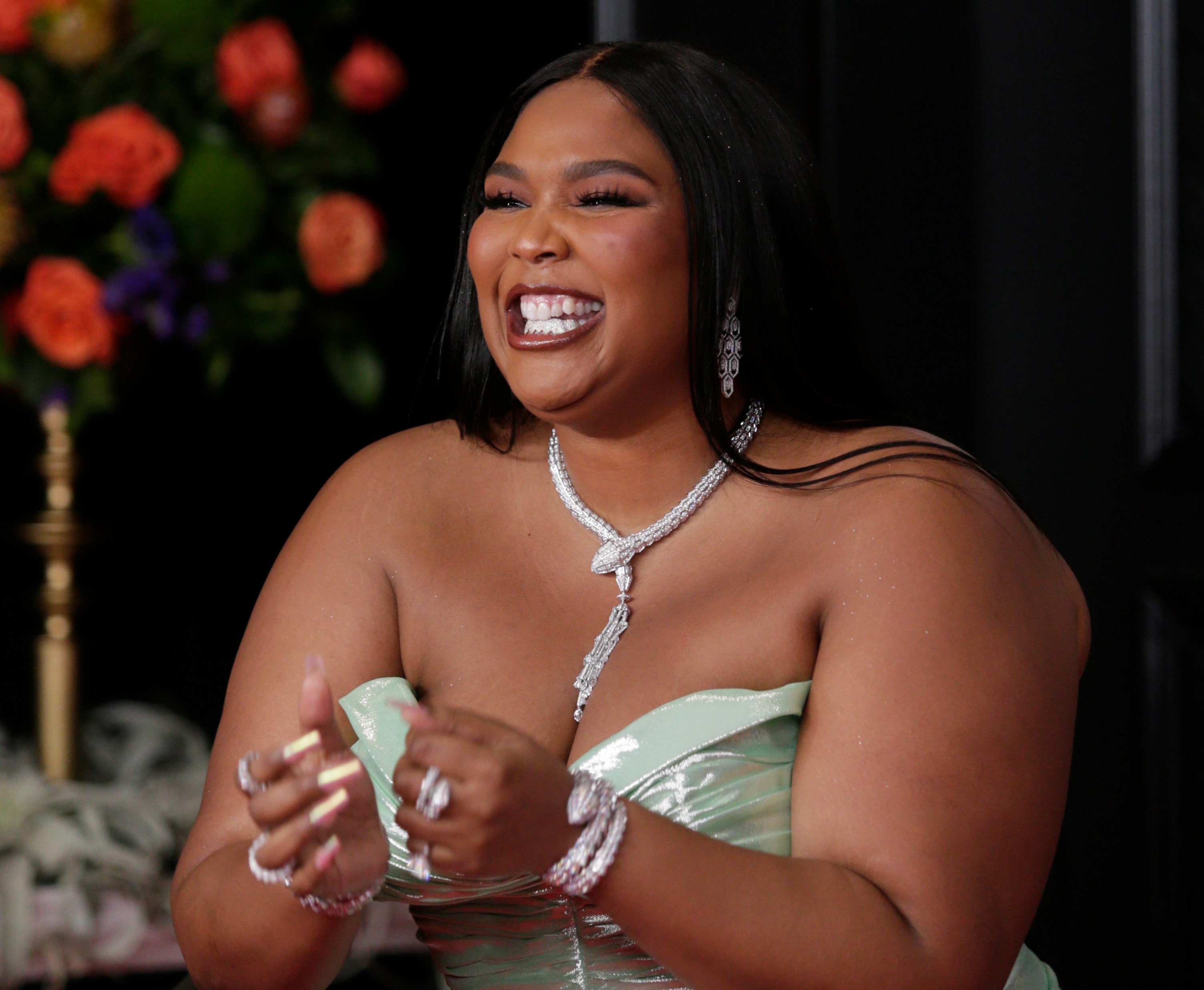 Lizzo fans — well, that’s everybody — this is not a drill. On August 2, the singer announced a brand-spanking-new song (the first new thing she’s released since putting out Cuz I Love You and “Blame It on Your Love” with Charli XCX) that’ll be out on August 13. She announced the new song, “Rumors,” and rang in a new era of Lizzo with a stunning portrait of herself in a strapless, beaded bodice, gold statement jewelry, bleached eyebrows, and one of the longest manicures we’ve ever seen on her.

“NEW ERA BITCH. ‘RUMORS’. 8/13,” Lizzo captioned her Instagram post. In the portrait, she holds a single finger up to her lips, showcasing one long, pointed talon that’s fully encrusted in silver gems and what appear to be small gold chains. The manicure was done by none other than Lizzo’s right-hand nail artist, Eri Ishizu — who must’ve spent hours on end creating this no-doubt customized set just for her.

We’d be remiss not to mention that smokey black eye makeup, glowing skin, and deep lip liner as well. While we can’t predict what the new single (and subsequently new album) will sound like, but if these are the kinds of looks we can expect from this upcoming era of Lizzo, we can’t wait for it to begin. If this were 2016, this would be the part where we’d copy/paste that GIF of Judge Judy banging her hands on the table and pointing to her watch. August 13, you truly can’t come soon enough.