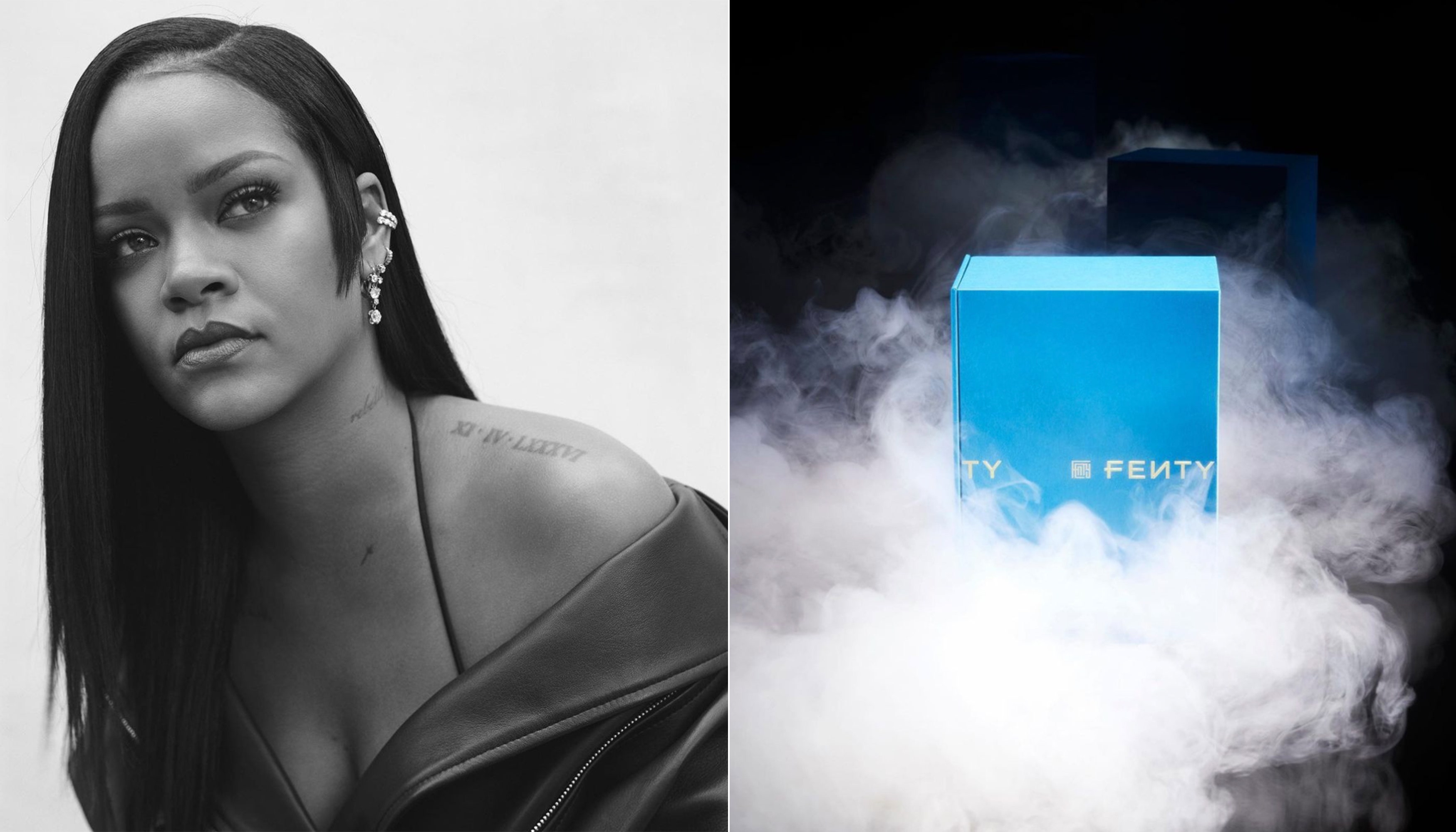 There’s no denying the massive shift Rihanna created in the beauty industry when Fenty Beauty launched in 2017. But little did we know that was just the Bajan singer’s first step toward creating her own little Fenty universe, which would expand to include skin-care, lingerie, and even a luxury clothing line. Now, she’s adding a new baby to the mix with Fenty Parfum.

The news first came on on July 28, when Rihanna posted some black and white portraits on Instagram with the caption simply stating, “#FENTYPARFUM COMING SOON👀,” while also revealing a new edgy hairstyle (those dramatically long sideburns are so her). Then, a short day later, the packaging for the perfume — which is in the same vibrant blue color used for the Fenty clothing line — was revealed on Fenty Beauty’s Instagram account.

We haven’t gotten too many details about the fragrance outside of what the brand has posted on Instagram. While the outside packaging is that pretty blue, the actual fragrance bottle is an elegant amber, as shown on another post on the page. The amber bottle houses a unisex fragrance that is “raw, sensual, spicy, and sweet all at once,” according to the caption. Truthfully, we’re not sure what exactly that smells like, but if Queen Riri made it, it’s probably mind-blowing.

The fragrance doesn’t officially launch until August 10, but if you can’t wait, there is a way to get your hands on the scent early. Until August 8, the brand is offering a free sample of the perfume when you spend $40 or more and use code FENTY on fentybeauty.com. So, go ahead and treat yourself to a brand new Gloss Bomb or other Fenty products and get your hands on a sample of Rihanna’s latest endeavor.