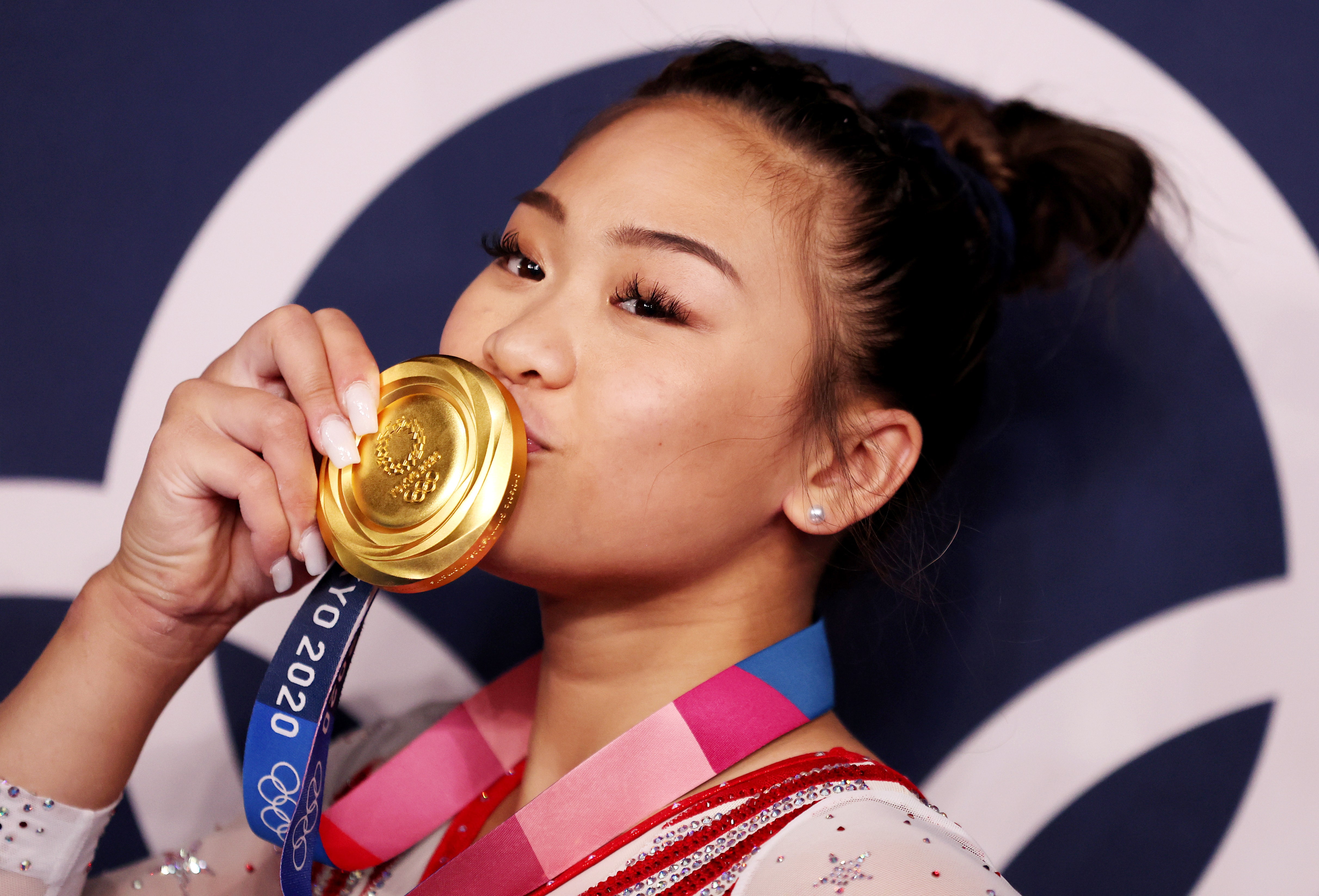 Gymnast Sunisa Lee of Team USA took home the women’s individual all-around gold medal on July 29, and the moment was truly history in the making. The 18-year-old was already the first Hmong-American to compete in the Olympics and did so not long after losing an aunt and uncle to COVID-19, seeing her father become paralyzed from an accidental fall, and breaking her foot, all of which has happened since 2019.

With Simone Biles’s departure from the Games, Lee won the coveted medal under an immense amount of pressure for Team USA to perform. That she did — all in a set of long, white acrylic nails with the Olympic rings painted on them. Twitter took notice during her historic win and, naturally, has a lot of stuff to say about it.

“Suni Lee did ALL OF THAT with STUNNING nails and lashes. She’s a hero,” one user writes of Lee’s win. Another says, “Suni Lee just won the all around gold medal with a full set of nails. my queen.”

Twitter was also quick to point at that most of us are completely useless when we’ve got long, fake nails on — Lee makes a fool of us all by winning a freaking gold medal in them. “Obviously this is secondary to her phenomenal talent but the fact that I can’t even open a seltzer can with acrylics on and Suni Lee just won gymnastics gold with these nails… a true icon,” jokes one Twitter user. There are plenty of similar sentiments floating around from others. “Suni Lee got gold in the gymnastics Olympic AA final with her nails done and I can’t even take my contacts off with acrylics on,” another person Tweets.

Next time we have press-on nails or acrylics or extensions on and come to that fateful moment when it’s time to change our contact lenses, button our pants, or open a soda can, we’ll look back on this moment and realize that, hey, it’s not like we’re doing backflips or anything. If Lee can name history with long nails, we can do incredibly mundane, minute tasks in them, right?

More on the Olympics:

Now, see how manicures evolved within the past 100 years:

Tiffany, Jada, Yvonne, and Willow All Revealed Why They Shaved Their Heads

7 Insights Into How Google Ranks Websites via @sejournal, @martinibuster