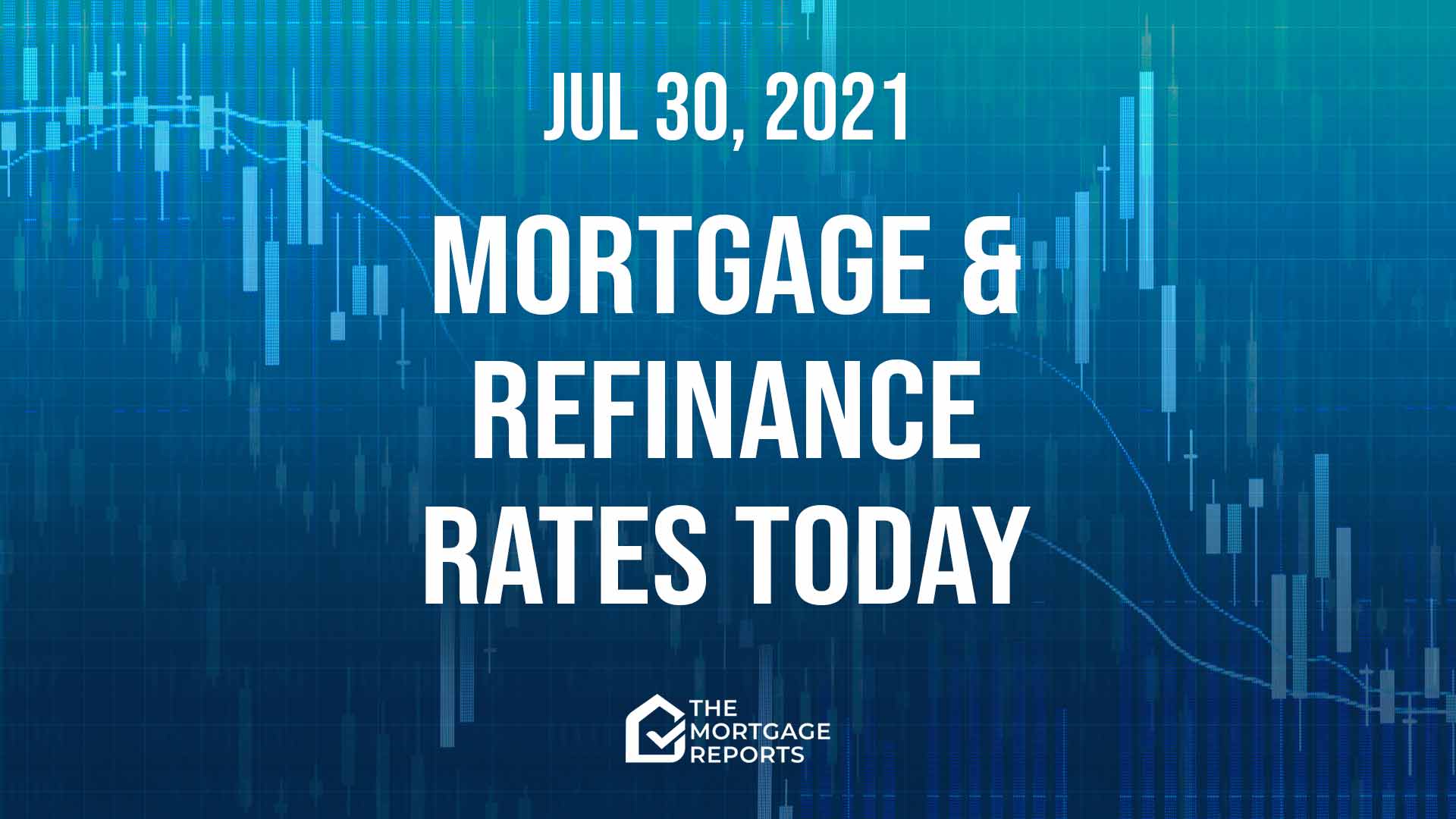 Average mortgage rates inched lower yesterday. We’ve been having these tiny ups and downs all week. And they really make very little difference.

Early movements in key markets suggest mortgage rates today may move modestly lower. But that could change as the hours pass.

Bond markets and mortgage rates have been drifting for the last week. And they may well continue to do so for a while longer. So you probably won’t gain or lose much by continuing to float. But the good news is that we’re seeing “some of the lowest mortgage rates of all time,” according to Freddie Mac’s chief economist, writing yesterday.

However, most specialist economists expect mortgage rates to rise soon. So, if you do choose to continue to float your rate, be ready to lock at any moment.

But many would rather lock now at an extraordinarily low rate rather than take a chance on sudden rises. So my personal rate lock recommendations remain:

So use markets only as a rough guide. Because they have to be exceptionally strong or weak to rely on them. But, with that caveat, so far mortgage rates today look likely to edge lower. But be aware that “intraday swings” (when rates change direction during the day) are a common feature right now.

It’s a quiet time for mortgage rates. Yes, we had some real excitement in the middle of July. But, based on Mortgage News Daily’s data, rates on 30-year fixed-rate mortgages were yesterday just 3 basis points lower than they were on July 19, the last day of big falls. And a basis point is just one-hundredth of 1%.

Regular readers will know that I and many other observers of mortgage rates have been mystified by the behavior of relevant markets for some months. The bond market that trades in mortgage-backed securities (and the yields on those actually determine mortgage rates) is acting as if we’re in the midst of a recession rather than seeing the boom that’s actually happening around us.

As MarketWatch put it yesterday, “The size of the economy now exceeds pre-pandemic levels after a short but deep recession last year.” And, yes, yesterday’s gross domestic product (GDP) figure for the second quarter of 2021 fell short of expectations.

But it still surged at an annualized rate of 6.5%. And we’re still on track to see GDP improve this year at a faster rate than at any time in the past several decades.

Whenever markets act perversely, they claim they’re simply pricing in future events. That may or may not wash right now.

But they do have a point about some risky possibilities ahead. And most of them relate to the COVID-19 pandemic, both domestically and globally.

Yesterday, The New York Times got hold of a copy of an internal report from the Centers for Disease Control (CDC). And, overnight, the Times reported on its content thus:

Infections in vaccinated Americans … may be as transmissible as those in unvaccinated people … The Delta variant is more transmissible than the viruses that cause MERS, SARS, Ebola, the common cold, the seasonal flu and smallpox, and it is as contagious as chickenpox … People with so-called breakthrough infections of the Delta variant carry just as much virus in the nose and throat as unvaccinated people, and may spread it just as readily, if less often.

That’s genuinely scary. (Although the report ended with some reassurances from a virus expert.) And, were markets reacting to such reporting, you could understand why. But they’re not. The falls that happened a couple of weeks ago had no apparent trigger. And it felt more like a panic attack.

The trouble with markets that are operating with this level of irrationality is that they’re perverse, fickle and unpredictable. And that’s unhelpful when you’re trying to make a rational decision about when to lock your mortgage rate.

However, those rises were mostly replaced by falls in April and since, though typically small ones. Freddie’s July 29 report puts that weekly average at 2.8% (with 0.7 fees and points), up from the previous week’s 2.78%.

How to refinance without an appraisal: 3 Strategies