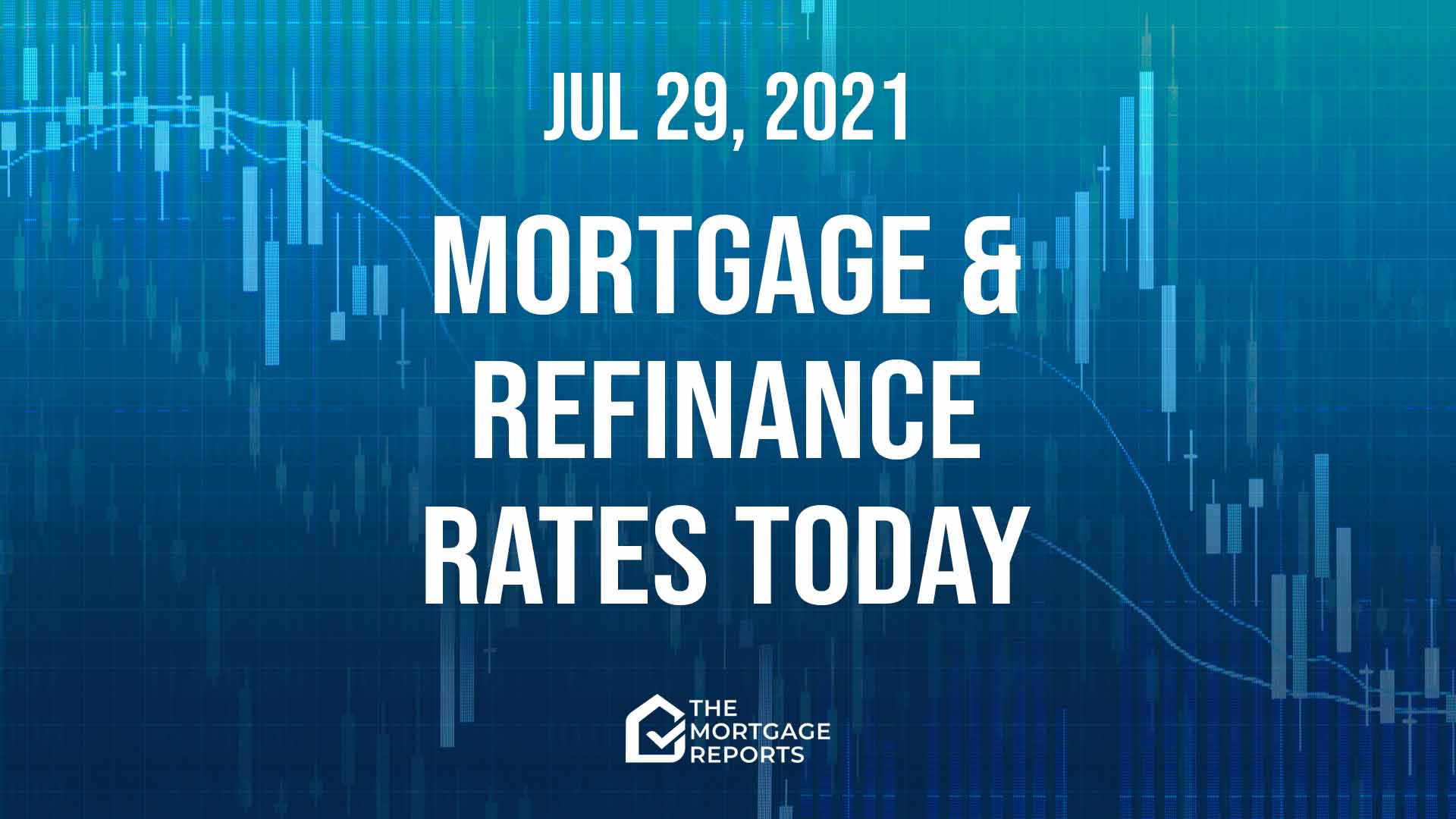 Average mortgage rates inched higher yesterday. But such a tiny rise is likely to make little material difference to your monthly payment or closing costs.

Judging from early movements in markets, mortgage rates today may hold steady or inch higher. But this morning’s disappointing economic numbers on gross domestic product and weekly jobless claims may put a brake on the rise. Indeed, they may pull them lower as the day progresses.

Following yesterday’s key but uneventful Federal Reserve events, might everything return to what we now think of as normal? Maybe. I can see no reason to think not. But the recent normal is far from the normal normal.

And, if investors suddenly decide to act in accordance with the latter, mortgage rates should rise. Nearly all specialist mortgage rate forecasters believe that will happen soon. But we don’t have a great track record.

So, you might legitimately choose to surf the current downward wave by continuing to float. But be ready to lock at any moment. Because my personal rate lock recommendations remain:

So use markets only as a rough guide. Because they have to be exceptionally strong or weak to rely on them. But, with that caveat, so far mortgage rates today look likely to hold steady. But be aware that “intraday swings” (when rates change direction during the day) are a common feature right now.

On Monday, I suggested that the Federal Reserve would have to walk a tightrope in its statement and at its news conference yesterday. Well, it safely reached the other side with barely a wobble. Its statement said:

Last December, the Committee [Federal Open Market Committee or FOMC] indicated that it would continue to increase its holdings of Treasury securities by at least $80 billion per month and of agency mortgage‑backed securities by at least $40 billion per month until substantial further progress has been made toward its maximum employment and price stability goals. Since then, the economy has made progress toward these goals, and the Committee will continue to assess progress in coming meetings.

Those purchases of “agency mortgage‑backed securities” are currently keeping mortgage rates artificially low. And, when the Fed “tapers” (gradually reduces) those purchases, those rates are likely to rise.

Indeed, the last time the organization signaled it would be tapering such purchases, in 2013, mortgage rates shot up.

So, the Fed kicked the can down the road yesterday. But we don’t yet know how far that kicking took it.

Still, most of the financial press seems to think it may not be too far. Here are a few headlines and subheads that followed yesterday’s statement and news conference:

So, how soon a tapering is announced remains in the air. And the final decision will depend on how the economy — especially inflation and employment data — performs in the coming months. As the Fed itself said in that statement, “In assessing the appropriate stance of monetary policy, the Committee will continue to monitor the implications of incoming information for the economic outlook.”

Dates for your calendar

But the headlines I quoted above seem to think it will be sooner rather than later, although some observers believe it could be as late as 2022. The Fed’s calendar of FOMC meetings gives the following dates for the rest of 2021:

But there’s an outside chance of an announcement being made at this year’s Economic Policy Symposium in Jackson Hole, Wyoming. And that’s scheduled for Aug. 26-28.

Yesterday, President Joe Biden’s $1 trillion infrastructure plan received a boost on Capitol Hill yesterday. The US Senate voted to take up a bipartisan deal. If that clears its other legislative hurdles, that should shore up the economic recovery.

Normally, I’d say that would put upward pressure on mortgage rates. But read yesterday’s edition for why it might not.

However, those rises were mostly replaced by falls in April and since, though typically small ones. Freddie’s July 29 report puts that weekly average at 2.8% (with 0.7 fees and points), up from the previous week’s 2.78%.