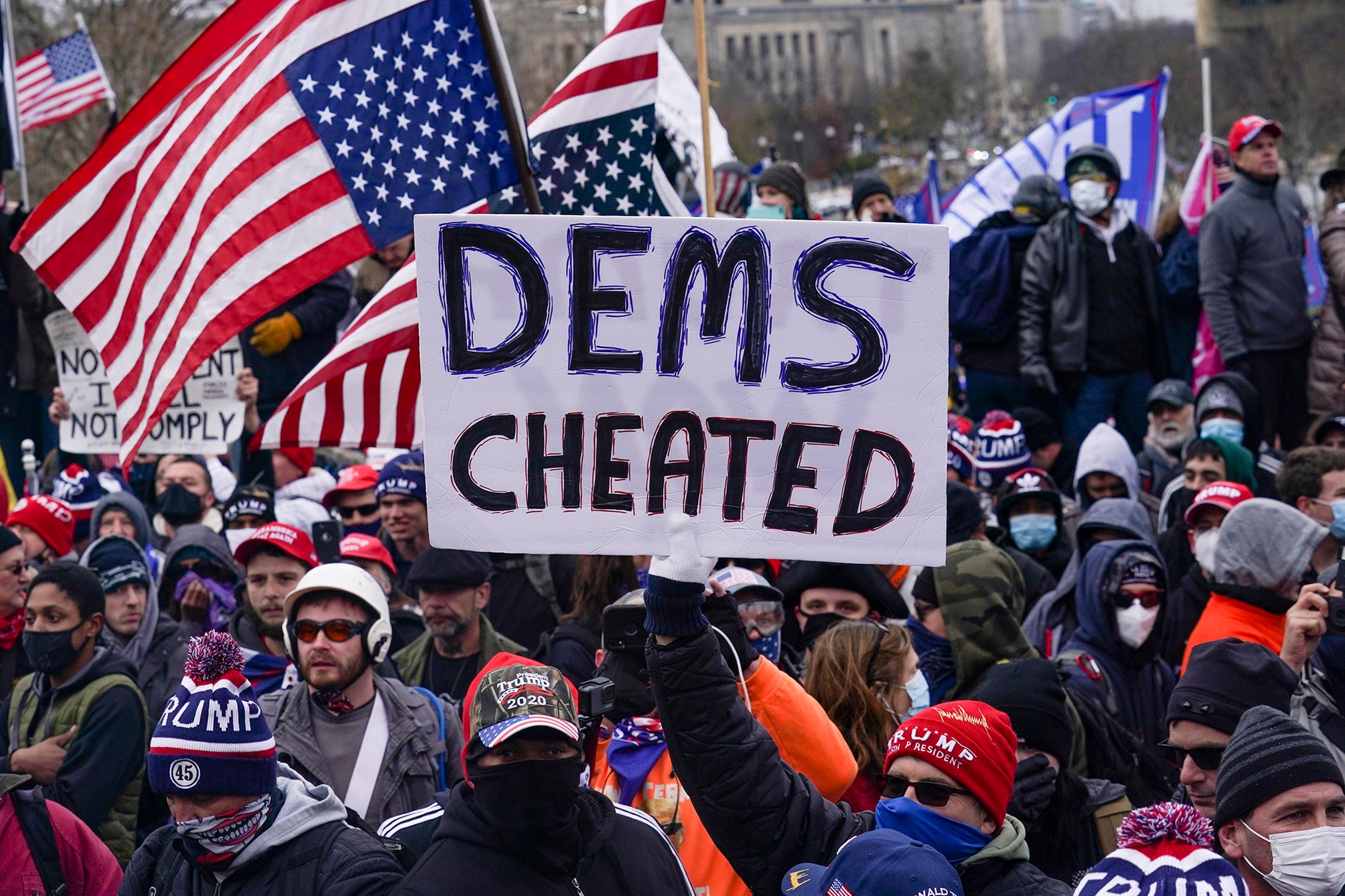 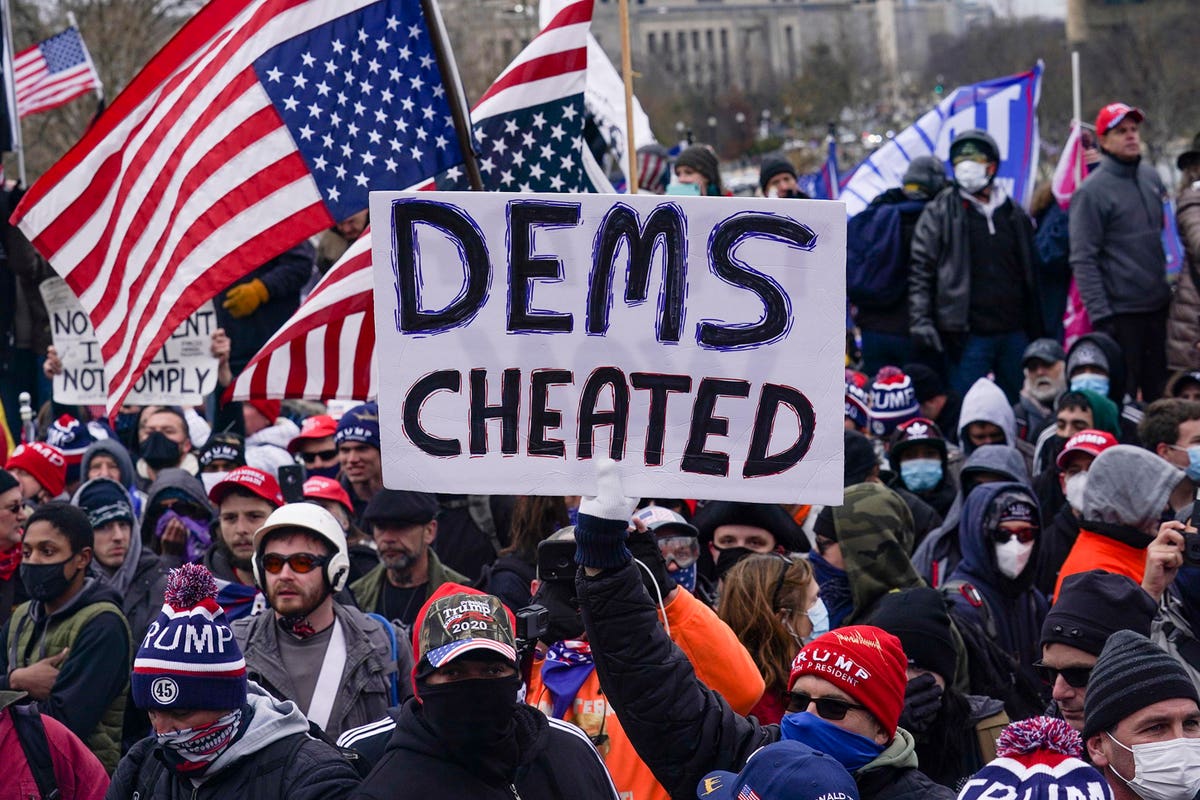 All of these things are true, at least according to the Gateway Pundit: Election officials lost or tampered with millions of Trump votes on election night last November. In Pennsylvania, an impossible number of mail-in ballots flowed into the state, leading to Joe Biden’s victory there. (That story’s headline blared with all the subtlety of a fire alarm: “SHOCKING EXCLUSIVE: WE CAUGHT THEM!”) Months later, Attorney General Bill Barr failed to follow up on legitimate claims of election fraud.

In reality, none of this is true. The Gateway Pundit, a far right news website which wouldn’t comment for this story, pushes a daily deluge of false, misleading or fake stories to a conservative audience eager to believe them—with much of the misinformation focused on the election, Covid-19 and the vaccine rollout, according to a new analysis by the Center for Countering Digital Hate. It’s been lucrative for Gateway Pundit: From November 2020 to June, the site brought in $1.1 million through Google Ad Sense, the search engine’s shared advertising revenue program, according to the center’s study, even though Google’s rules would seem to prohibit content like Gateway Pundit’s from being monetized.

A Google spokesperson says the company has already demonetized Gateway Pundit’s homepage and some of its stories, including a half dozen or so examples of Gateway Pundit pieces that the Center for Countering Digital Hate cited and were shared with Google. The spokesperson continued: “We have strict publisher policies that prohibit content promoting anti-vaccine theories, COVID-19 misinformation, and false claims about the 2020 U.S. Presidential election – and our enforcement can be as targeted as demonetizing a specific page. We already actioned the majority of pages shared from this report back in 2020 or early 2021 and similarly stopped serving ads on the site’s homepage last year. We will continue to take appropriate action if new content is uploaded that violates our policies.”

The internet is rife with misinformation, and much of the recent focus about it has centered on how it spreads on social media like Facebook, especially in the wake of President Biden’s stark comments two weeks ago that Facebook is “killing people” by not better guarding against such content. But the Center for Countering Digital Hate’s researching into Gateway Pundit is a useful reminder that misinformation is not only a Facebook problem. Every major company on the web must contend with it in some way, and Google is certainly no exception.

“There’s an entire business model built off the back of Google ads with misinformation attached to clickbait headlines,” says the center’s CEO, Imran Ahmed. “The Gateway Pundit is a habitual offender.”

According to Ahmed’s researchers, the Gateway Pundit published at least 127 articles containing false information about the election and another 155 about Dominion Voting Systems, the Denver, Colorado company shoved into the spotlight by conservative conspiracy theories that its technology used to count ballots helped sway the election in Biden’s favor. (A Diminion executive, Eric Coomer, has since filed a libel lawsuit against Rudy Guiliani, the Trump Campaign, Gateway Pundit and other conservative media outlets that pushed conspiracy theories about the company.)

In the months after Biden’s victory, Gateway Pundit saw enormous traffic, over 50 million visitors from November through January, far more then the 2.75 million the site reportedly saw back in 2018. The more people visit its site, the more Gateway Pundit earns through Google Ad Sense, almost $200,000 a month last fall and winter.

Traffic began to dip in the spring with nearly 50% fewer visitors to the site in March and April, according to the Center for Countering Digital Hate’s research. But those numbers spiked again in May and June—just as the site switched gears, partly refocusing on Covid-19 and vaccine stories. On April 19, Gateway Pundit founder Jim Hoft penned a story with this headline: “Study Results: Facemasks are Ineffective to Block Transmission of COVID-19 and Actually Can Cause Health Deterioration and Premature Death.” Last week, Hoft followed up with another story, falsely accusing the federal government’s VAERS website, a warehouse of vaccine data, of misreporting vaccine deaths. Traffic has picked back up: Gateway Pundit attracted 32 million visitors last month. Another Hoft piece falsely accused the CDC of mishandling Covid death data.

Gateway Pundit (its motto: “We report the truth — and leave the Russia-Collusion fairy tale to the Conspiracy Media”) was founded in 2004 by Hoft. It rose to prominence during the 2016 election when it pushed false accusations about voter fraud and Hillary Clinton’s health, according to The New York Times. The Gateway Pundit’s support for Trump earned it White House press credentials, and in 2018, the site published a document purporting to show evidence of a sexual assault allegation against Special Counseul Robert Mueller, who was then leading the probe into Russia’s role during the 2016 election—but the site was forced to take it down within hours. Earlier this year, Twitter banned Hoft, who had 375,000 followers on the platform, after sharing a story containing unsubstantiated allegations of election misconduct in Detroit.