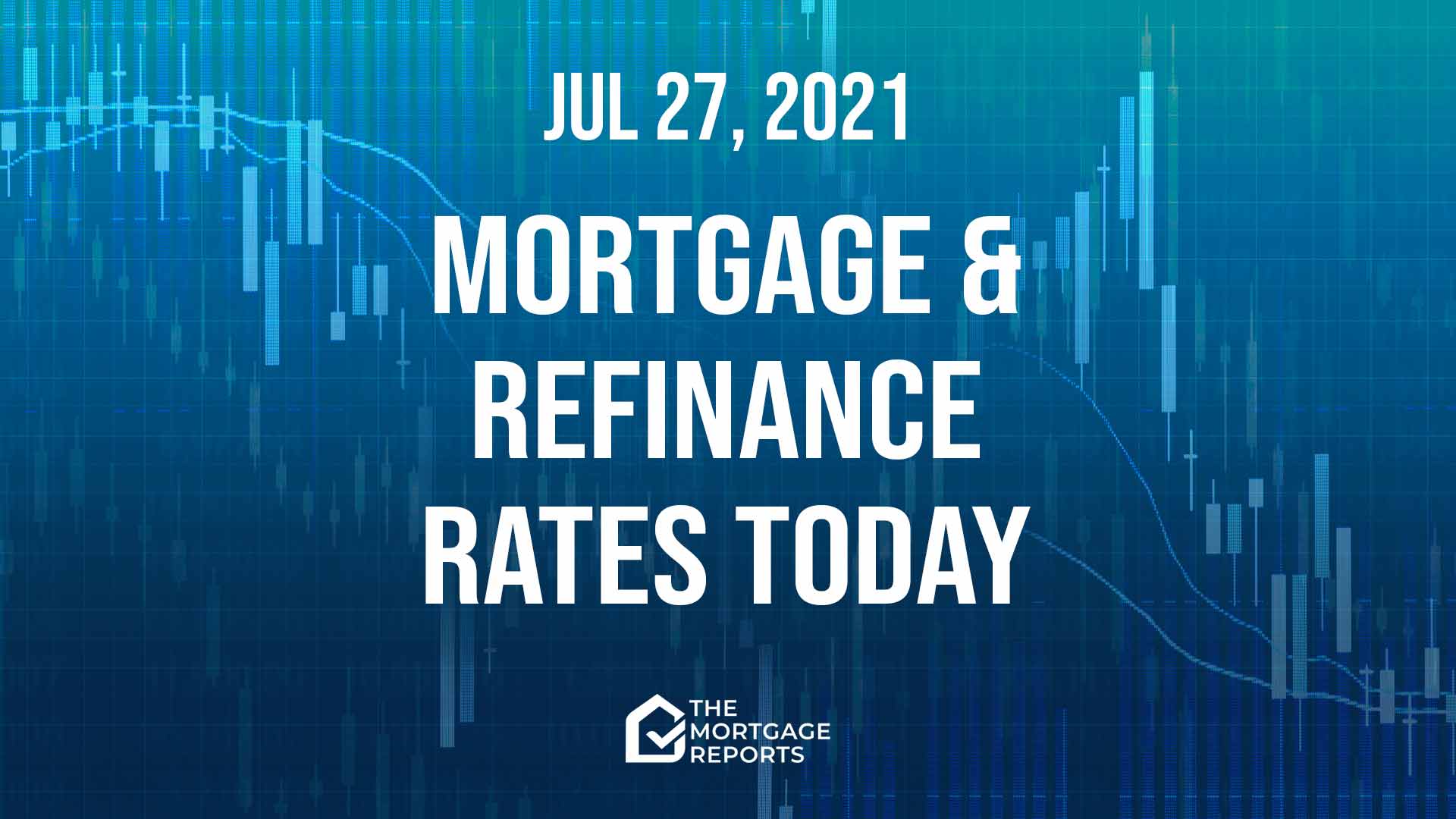 Average mortgage rates inched lower again yesterday. It was the smallest measurable fall. But it set a new recent low. And brought this morning’s rates even closer to the all-time low

Mortgage rates today look likely to fall again. Markets are focused on a meeting of the Federal Reserve’s monetary policy committee, which begins a two-day meeting today. And tomorrow afternoon (at 2 p.m. (ET) and at a news conference 30 minutes later) we can expect news of its deliberations. More on that below.

Nothing’s changed since yesterday. Mortgage rates continue to inch down, making slow progress toward the all-time low. But there’s a chance all that could change tomorrow after the Fed statement and news conference following its key meeting. And there’s even an outside chance of significant rises starting then. Read on for more on that.

We won’t know what effect, if any, that Fed activity will have on mortgage rates until then. But you have an opportunity to lock now at an extraordinarily low rate. And, if I were you, I’d take that opportunity and swallow the risk of further falls.

But you may legitimately take the opposite view. Still, my personal rate lock recommendations remain:

So use markets only as a rough guide. Because they have to be exceptionally strong or weak to rely on them. But, with that caveat, so far mortgage rates today look likely to continue lower. But be aware that “intraday swings” (when rates change direction during the day) are a common feature right now.

Overnight, CNBC linked falls in yields on 10-year Treasury notes to anticipation of the meeting of the Fed’s key policy body, the Federal Open Market Committee (FOMC). That starts today and ends tomorrow. Mortgage rates normally shadow those yields because mortgage-backed securities (MBSs) compete for the same buyers with those particular notes.

In its analysis, CNBC quoted Mobeen Tahir, associate director of research at WisdomTree, who appeared on the channel’s “Squawk Box Europe” yesterday. It reported on his view of the Fed’s recent pronouncements, which he thought were “evolving but not evolving fast enough.” And it continued:

Tahir said this has three major implications: firstly, that inflation could be higher for longer. Secondly, he said, “volatility could be triggered by changes in monetary policy, as markets are waiting and reacting to every single announcement that the Federal Reserve makes.” Thirdly, Tahir said that if the Fed were forced to “slam the brakes” on accommodative monetary policy to control inflation, that could result in a “taper tantrum.” This happened in 2013 after Fed Chairman Ben Bernanke hinted at the tapering of asset purchases, prompting a spike in bonds yields.

Tahir’s warnings over volatility and a possible taper tantrum are of serious (and possibly imminent) concern to those waiting to lock their mortgage rates. Because greater volatility is at least as likely to bring higher rates as lower ones. And that 2013 tantrum sent mortgage rates shooting up.

Note CNBC’s comment that then-Fed Chair Bernanke had merely “hinted” at the tapering of asset purchases. Because it wasn’t a full-blown announcement that triggered the 2013 taper tantrum. Then as now, markets were working with a hair trigger as they awaited more decisive guidance.

But let’s get this in perspective. Few observers expect the Fed to make the sort of announcement tomorrow that is likely to trigger a tantrum or cause extreme volatility. But it is under growing pressure to slow its purchases of MBSs, which are currently keeping mortgage rates artificially low, and are thus contributing to higher home prices. And that hair trigger is back in place.

Fed chair on a tightrope

So the Fed has to walk a tightrope. On the one hand, it must be seen to be taking inflation (including home-price inflation) seriously enough to calm market fears. On the other, it wants to avoid any pressure on that trigger by suggesting it plans to change policies over its asset purchases or its interest rates anytime soon. Because, if it does, that could generate a new taper tantrum.

Now, the Fed has become pretty expert at this particular type of tightrope walking. But it’s still a daredevil act. And accidents can happen. So tomorrow really does present a (small, we hope) risk to today’s uberlow mortgage rates.

However, those rises were mostly replaced by falls in April and since, though typically small ones. Freddie’s July 22 report puts that weekly average at 2.78% (with 0.7 fees and points), down from the previous week’s 2.88%.

All these forecasts expect higher mortgage rates soon. But the differences between each other are stark. And it may be that Fannie isn’t building in the Federal Reserve’s tapering of its support for mortgage rates while Freddie and the MBA are.