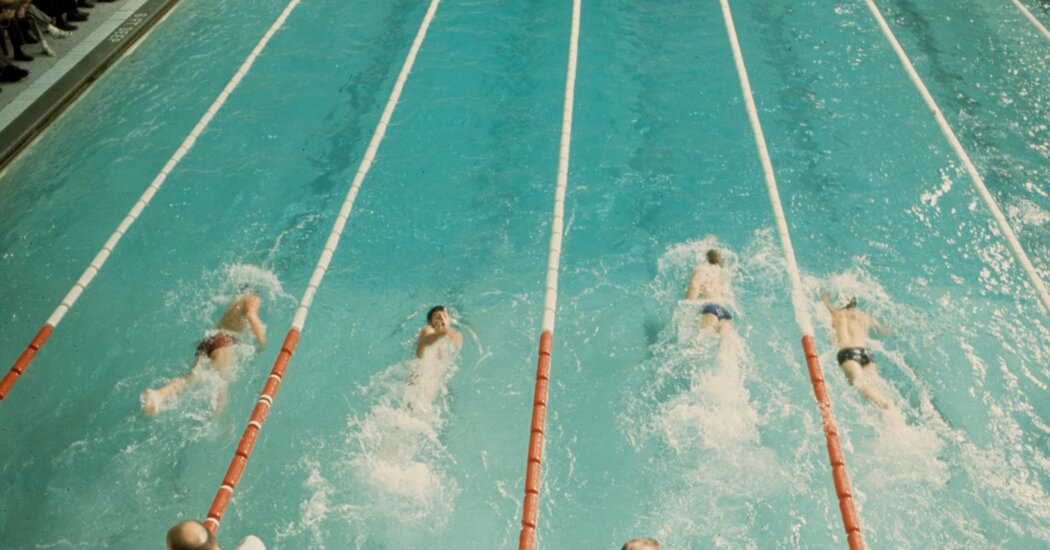 It may be a year late, but the Olympic flame was scheduled to be lit in Tokyo last night, heralding a season of elite sport — and intense marketing activity. It is expected that more than half the world’s 7.9 billion people will follow the Games, making it one of the world’s most powerful marketing platforms.

And one of the brands taking advantage of it is Omega.

The Swiss watchmaker is among the 14 brands in the International Olympic Committee’s Olympic Partner Program, a marketing program that includes Visa, Toyota and Coca-Cola. But, unlike some, Omega’s presence is more than just a branding exercise.

According to the I.O.C., Omega is responsible for all the timing, scoring and what it described as “venue results systems and services” during the event — and Tokyo will mark the 29th time the company has filled the role at the Games.

“We are not a sponsor,” said Raynald Aeschlimann, president and chief executive of Omega via a video call. “We have a role providing a service for the athletes. We don’t just put our name on it.”

New motion sensors and positioning systems developed by Omega and Swiss Timing, a technology company also owned by Omega’s parent group, Swatch Group, are to be introduced in Tokyo, advances that the brands said would generate more detailed information than had been available at the Olympics.

For example, motion sensors have been developed to capture how high a beach volleyball player jumps to smash a ball, where a horse takes off for a jump and a sprinter’s form on reaching the finish line.

And in gymnastics, athletes on the trampoline will be monitored by what Omega calls “pose detection,” a new technology that registers movement and technique, synchronicity and how accurately an athlete hits the marked area in the middle of the jumping mat.

It will not be the first time these technologies have been used, though. “We have a bottom up approach,” said Alain Zobrist, chief executive of Swiss Timing. “We launch these technologies at a regional event, then a national event, then through international events such as the Diamond League and then finally up to the Olympics. The athletes are very well aware of the data we’re capturing.”

Mr. Zobrist said the accuracy of all the devices was independently certified by the Institut Fédéral de Métrologie, a Swiss government agency commonly known as METAS. (Many of Omega’s watches also are certified by METAS.)

And the devices are calibrated to match each sport’s rules. “That might be seconds, tenths of a second, hundredths or sometimes thousandths. The data is linked to physical limits,” Mr. Zobrist said. “So, for example, in swimming, which is slower than say track cycling, it would be unfair to measure time in thousandths. You have to remember that 1/100th of a second in swimming is already equivalent to the tip of a finger nail.”

It will be up to online and broadcast news teams to decide how much detail is included in their coverage, but it is not just intended for the public.

“The information will be supplied to athletes and coaches so they can understand where they won or lost races,” Mr. Zobrist said. “They are the primary stakeholders, and they deserve to be provided with results as soon as they finish competing. It goes without saying that we provide them with the information, even if there’s no contractual agreement.”

Omega would not discuss those financial arrangements though. “As an official partner of the Olympic Games, we have the marketing rights, but as official timekeeper we are being paid,” Mr. Aeschlimann said. “I wouldn’t say it’s profitable, but I would say we are paid for the timing.”

This year’s advances continue a story that began when Omega first sent a lone watchmaker and 30 stopwatches to Los Angeles for the 1932 Olympiad.

And things have changed over the decades. By the 1948 London Olympics, the company had developed a photo-finish camera, but it took 20 minutes to develop an image.

Omega said its photo-finish cameras now captured 10,000 images a second, while its Quantum Timer, introduced at the 2012 London Games, could measure to the nearest one millionth of a second.

Timing the Olympics has become a huge operation. This year, Omega Timing, as the combination of Omega and Swiss Timing is called, has sent 400 tons of equipment and 530 people to Japan, to join 900 trained volunteers recruited by the Olympic organizing committee.

Even with all that expertise, the pressure is formidable. “Nowadays, timekeeping is considered normal and no one thinks about how it works,” Mr. Zobrist said. “But as a timekeeper, you know that there are billions of people watching and you cannot make any mistakes. There is no way back, once you’ve shown the results, which means there is tremendous pressure on our team.

“All our systems are backed up at least twice,” he continued, “but there is no 100 percent guarantee that they will work.”

But for Mr. Aeschlimann, the pressures are worth the potential benefits — and potential revenue. “Every single brand wants people to be inspired by their brand,” he said. “This is the best example of being involved and not just watching.”

In hope of such sales, Omega produces a number of limited-edition Olympic-themed watches around every Games, such as this year’s 18-karat yellow gold Seamaster Aqua Terra Tokyo 2020.

But despite the parallels, there are few tangible links between Swiss Timing’s technologies and Omega’s retail watches.

Still, “the Olympics is a very valuable asset that goes into how people feel about us,” said Mr. Aeschlimann, adding that he would not disclose how much the brand was spending on the event’s marketing, but that the Olympics budget would be larger than that for any other activity this year (Omega is also involved in the delayed Bond movie, “No Time to Die,” now slated for release in October).

Some watch industry observers have wondered why Omega has not entered the luxury smartwatch category as TAG Heuer and Hublot, brands also heavily involved in sports timekeeping, now have smartwatches as well as traditional mechanical products. But Mr. Aeschlimann dismissed the idea, saying, “Our strategy is not to get into these kind of watches.”

Timekeeping advances, however, are continually in the works, with Mr. Zobrist saying his team at Swiss Timing already is working on advances for future Olympics and world championships. “We tried to use the pandemic to continue our adventure in innovation,” he said, highlighting the link between timekeeping and sports.

“You need three things for a sports event to happen,” he said. “Athletes, a field of play, and a timekeeper to measure their results. That shows the importance of what we do.”

Mr. Aeschlimann agreed. “People get excited about our role as official timekeeper” at the Games, he said. “Without it, there would be no world records.”

Where Can I Find the Perfect Pair of Black Pants?