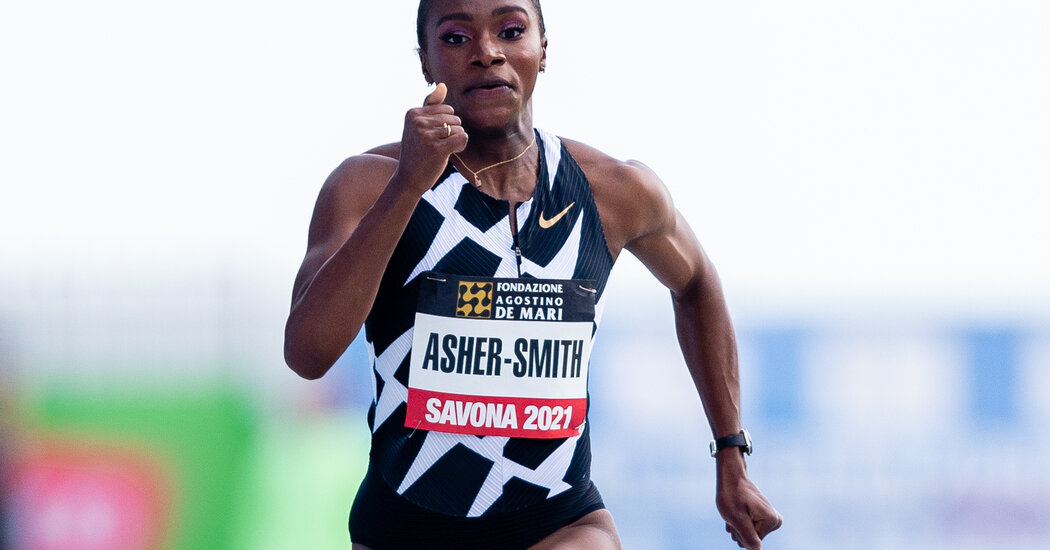 Athletes can make a lot of money when they win an event. But they can make even more — much more — when they secure a sponsorship. In first place on Forbes’s 2020 list of the highest-paid athletes is the tennis star Roger Federer, who made $106.3 million that year — only $6.3 million from salary and winnings and $100 million from endorsements.

For that money (generally much less than what Mr. Federer received), athletes are paid to promote everything from pasta to Champagne, cars to countries and, yes, watches.

“There are a few types of partnerships in the world of watches and sports,” wrote Josh Shanks, editor in chief of the watch website Watchonista. “The most common is a ‘friend of the brand’ relationship, which is when an athlete wears a brand’s watch and commits to a handful of appearances. The other is an ambassadorship, which is a more in-depth relationship that allows the brand to use the athlete in advertising campaigns, news releases and even limited-edition watches.”

Sometimes those relationships involve actual enthusiasm on the part of the athlete and the brand. “Ninety-nine percent of all watch sponsorships with famous sports figures is purely business,” said Elizabeth Doerr, editor in chief of the watch website QuillandPad.com, “but 1 percent combines the business aspect with real passion to make for an authentic cooperation.”

For brands, selecting an athlete who presents the right image is crucial. “We want to ensure that each ambassador is a perfect fit with our brand values and that we can engage with them on a personal level,” Georges Kern, chief executive of Breitling, the Swiss luxury watchmaker, wrote in an email.

For some athletes, the watch is more than a freebie, but something they actually rely on. And, as Jean-Claude Biver, a veteran watch industry executive, told The New York Times earlier this year: “When you just have a contract, the impact is limited. But when you have a personal relationship, and the ambassador loves the watch, then one and one makes three.”

Here are some athletes whose relationship with their watches goes beyond what ends up in their bank accounts.

When Dina Asher-Smith ran the 100 meters in 10.83 seconds at the 2019 World Athletics Championships in Doha, Qatar, she became the fastest British woman in recorded history. But since she started sprinting 10 years ago, Ms. Asher-Smith has won numerous world championships, and she now is on her way to Tokyo to vie for a gold medal.

The Olympics have been a dream since she was a little girl.

And so Ms. Asher-Smith’s professional life revolves around time, which she tracks on her Hublot Classic Fusion Titanium watch (she is a friend of the brand). “As athletes, we’re always watching the time … counting the seconds … the hundredths of a second! But there’s also something very satisfying about checking your wrist for the time instead of a phone.”

And the watch’s modest 33-millimeter diameter fits her wrist because, she added, “I’m quite petite” at 5 feet 5 inches.

Freeskiing, generally considered a subset of freestyle skiing, and pronounced something like “frisking,” includes two equally jaw-dropping events, and Thibaut Magnin is a serious competitor in both. “Big air is an event where you do the most spins and difficult flips you can in one jump,” he said; in slopestyle, there’s an obstacle course to navigate.

The athlete, 20, has been freeskiing since he was 12. Although he now skis for Spain — and lives in Andorra in the winter and the Dominican Republic in the summer — “I grew up in Switzerland,” he said, which helps to explain both his acumen with skiing and his respect for watchmaking.

When he’s freeskiing, Mr. Magnin wears the U41 Tourbillon Skeleton, by the Swiss watch maker Angelus. (He is an acquaintance of Bertrand Savary, chief executive of Angelus, and is a brand ambassador for the U41. Angelus also has given him a custom U40 Racing Tourbillon Skeleton model.)   

“Freeskiing is not really a race sport; we don’t compete against time. But during training I need to see what time it is, how long I’ve been on the hills,” he said. The watch works while he is competing, too: “I need to know when it’s my run.”

When Mr. Magnin heads to the Winter Olympics in Beijing in February, he will be wearing his Angelus.

Donna Vekic has won two Women’s Tennis Association singles titles and now is headed to Tokyo to represent Croatia at her first Olympics.

The 25-year-old grew up in Croatia in a family of professional athletes: Her father was a soccer player and her mother, a sprinter — even Grandma taught physical education.

At age 6, “I fell in love with tennis from the first practice,” Ms. Vekic said.

She now plays wearing a F.P. Journe Elegante Titanium Two Rows of Diamonds watch, a timepiece made by the Swiss independent François-Paul Journe (one of Ms. Vekic’s sponsors).

“I wear it a lot,” she said. “It’s light, it’s functional, and it’s very convenient. We have 25 seconds between points, so it’s good to keep an eye on the time.”

Jan Frodeno, who won Olympic gold in the 2008 triathlon, now competes in Ironman competitions — and is a three-time Ironman world champion.

Born in Germany, the 39-year-old grew up in Cape Town, where, as a teenager, he met Conrad Stoltz — “my first Olympian, a triathlete.” Inspired by his example, Mr. Frodeno started training for the demanding sport and moved to Europe in 2002, following “whatever opportunity I could find to race.”

The athlete now lives in Girona, Spain, a good place, he said, to raise a family and train 40 hours a week for what is surely one of the most grueling sports around: 2.4 miles of swimming, 112 miles of cycling and a whole marathon’s worth (26.2 miles) of running.

Mr. Frodeno is a member of Breitling’s Triathlon Squad, promoting the Endurance Pro Ironman watch. While he acknowledges that he does not strap his on during training, he says he relies on it to “get me to training on time and remind me of what I work for.”

The watch also is part of an unusual ritual: “Every time I win a world title, I have a certain watch that I receive or gift myself with,” he continued. “Each of these watches has an important meaning to me. It’s a tribute to all those fulfilling a dream.”

Though the brand gave him an Endurance Pro Ironman, “I don’t really consider it mine yet,” Mr. Frodeno said — because he has not won the next Ironman World Championship, scheduled in Kailua-Kona, Hawaii, on Oct. 9. If he does triumph, then, he said, “I will have earned it.”

The World Underwater Federation still is trying to get free diving recognized as an Olympic sport, but Tolga Taskin, 31, is not waiting around. He set a world depth record last year.

Born in Germany, Mr. Taskin would visit his grandparents in Turkey, and join his grandfather spear fishing. “I spent most of my time since I was 5 under water,” he said.

Perhaps it was the beauty of those memories — or the mammalian dive reflex, when heart rates slow to preserve oxygen — but Mr. Taskin said he found free diving therapeutic as he struggled with attention deficit hyperactivity disorder. “I felt an incredible sense of peace and relaxation.”

Mr. Taskin set a world record last year, descending 74.8 meters, or more than 245 feet, into the ice-covered lake Weissensee in Austria and coming back up — all on just one breath. “Technical training anyone can do,” he said. “Mental training is the hardest, and most important.”

The Tutima M2 Pioneer Chronograph he wears as part of a sponsorship is part of that. “Since I feel really connected to the basic way of free diving, I never like to have a computer on my arm, tracking everything, beeping and distracting me,” Mr. Taskin said.

Tutima timepieces, made in the German watchmaking center of Glashütte, are “mainly made for military purposes, for pilots, and are built for precision,” he said. “And they are made for depth. The dial and the hands glow in the dark, so I can read the time when I’m underwater.”

He added: “You need to keep track of how long it takes to go down, and come up, to manage the oxygen.” And set another world record.