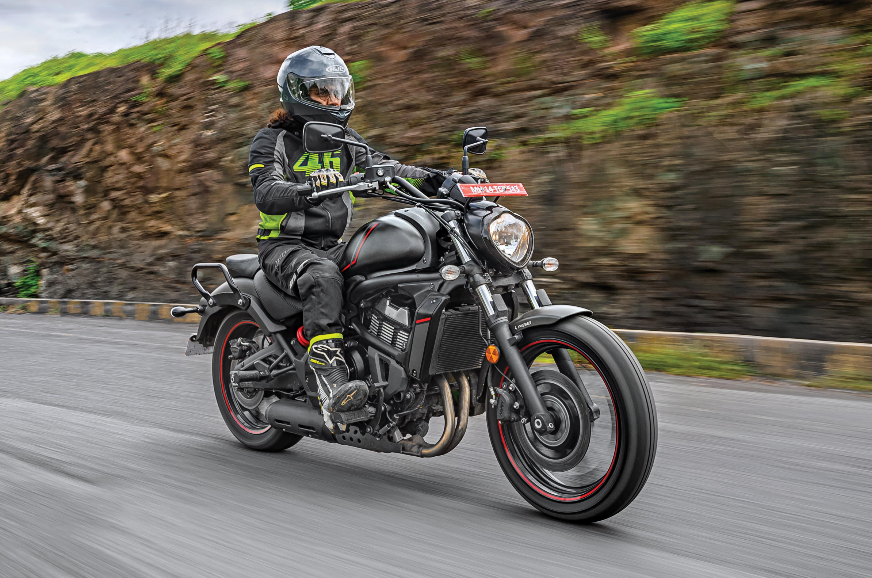 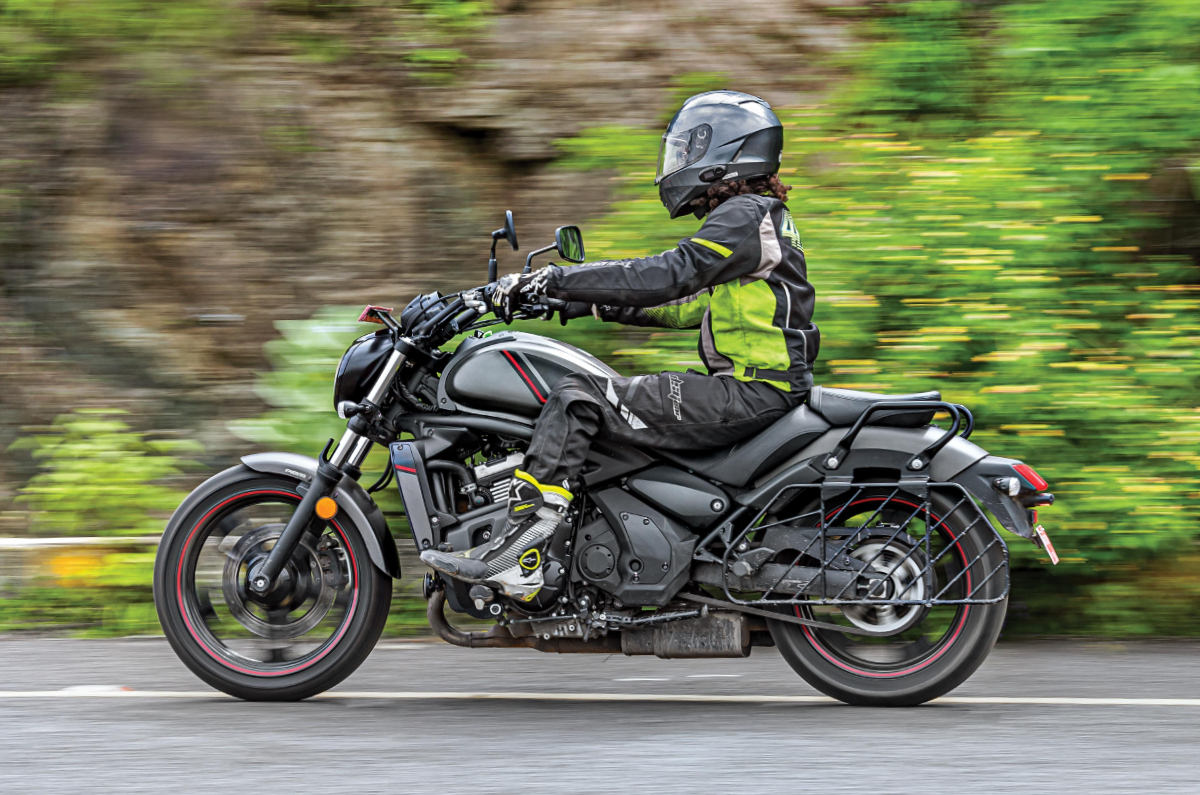 Of all the motorcycles spawned by Kawasaki’s 650cc twin-cylinder platform, the Vulcan S is certainly the biggest oddball. A low, long cruiser that’s carrying an engine developed primarily for a sport bike and a streetnaked. The Vulcan’s format remains unchanged for 2021, but the engine has recently been reworked to meet BS6 emission norms, and we’ve had a chance to ride the updated bike.

Other models in this 650cc line-up have been modernised, with additions like LED headlight and Bluetooth-equipped TFT instrumentation, but the Vulcan continues to soldier on with halogen and semi-digital LCD instrumentation. And while a brighter LED headlight would’ve been a welcome addition, the digital inset provides a good deal of information and I actually loved having an old-school analogue tachometer staring back at me. Nothing beats a needle sweeping across a dial, and that’s something that you’ll observe rather frequently, because this 649cc parallel-twin begs to be revved. 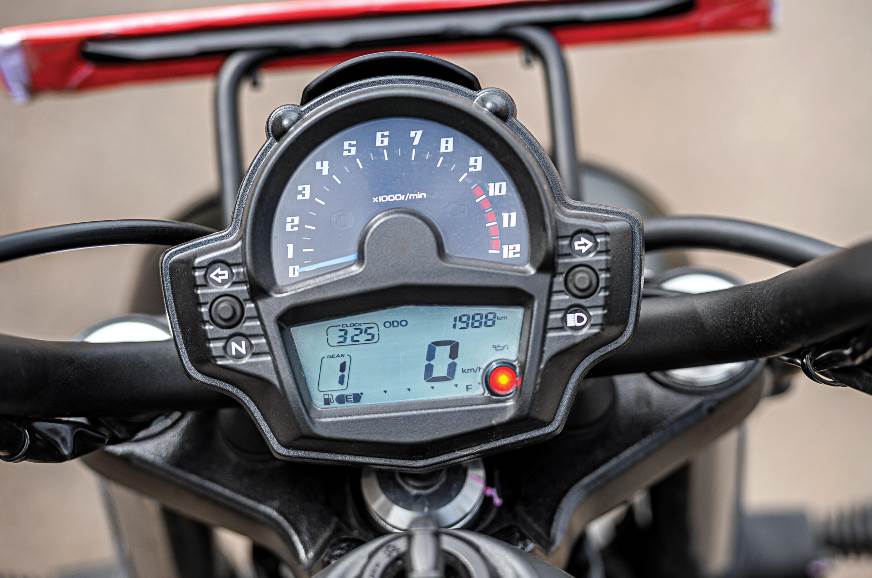 No TFT here, but adequate info on the semi-digital dash.

Power builds linearly with RPM, so while it can pull cleanly from under 2,000rpm, there isn’t a whole lot of grunt available down there and the engine doesn’t seem at its happiest. Where the motor really comes alive is in the latter half of its rev range, both in terms of pulling power as well as soundtrack. This is evidenced by peak power and torque figures kicking in at a rather heady 7,500rpm and 6,600rpm, respectively. It’s sort of the opposite of what you want and expect from a cruiser, but it has been the case with this present generation of the Vulcan ever since it was introduced in 2016. The only changes are a more environmentally friendly engine, and a minute 0.6Nm less, which is impossible to tell from the saddle.

The nature of the engine is in stark contrast to the rest of the bike, which places you in a cruiser-typical relaxed riding position. It rides well over our roads, foot pegs are forward-set and the handlebar is sweptback. It’s not quite perfect, though – positioning myself in the sweet spot of the rather comfortable seat resulted in quite a reach to the bars and pegs, forcing me to arch my 5ft 8in frame more than I’d like. Fortunately, the riding position features a lot of adjustability on the Vulcan (the bars, pegs and seat can all be tweaked). Unfortunately, most of the adjustments require purchasing accessories from Kawasaki.

At just 705mm, the standard seat height is extremely comfortable, so even though the Vulcan weighs a rather hefty 235kg (the same as before), handling the bike at low speeds isn’t hard work. The only challenge here is offered by the large turning circle and a front wheel that sticks quite far out, both of which can make forging a path through stationary traffic somewhat difficult.

Even once the speeds rise, the Vulcan remains a pleasantly light-handling motorcycle that doesn’t feel like a handful through the twisties, despite its 18-inch front wheel. The engine’s eagerness can cause you to momentarily forget that you’re on a cruiser, but if you remain cognizant of the massive 1,575mm wheelbase and lazy 31-degree rake angle, you’ll be just fine. The 300mm/250mm disc brake combo does a good job of bringing the Vulcan to a quick stop with confidence. 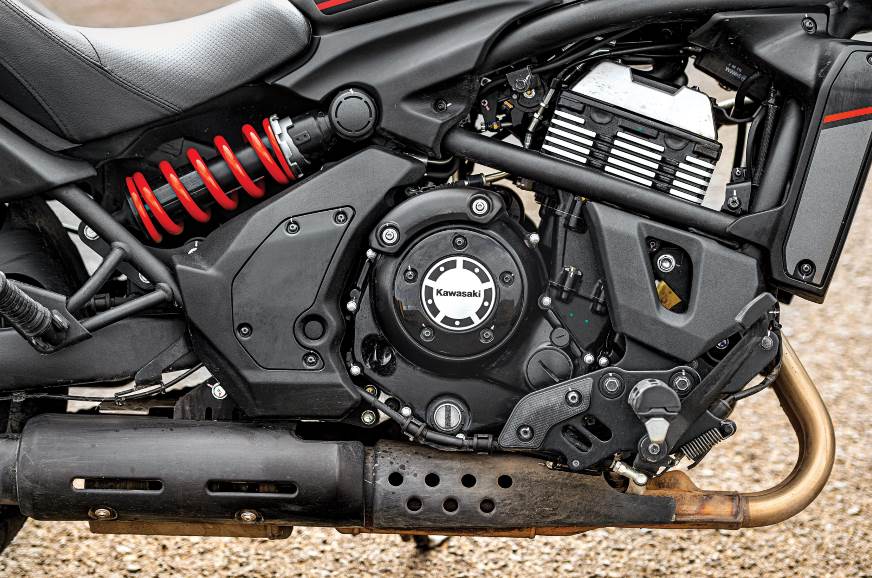 The Vulcan isn’t necessarily a bad or ‘wrong’ motorcycle. It’s well built, comfortable and even fun to ride hard. But there’s just no getting around the engine misfit – in a way, it’s like the Ducati xDiavel in the sort of experience it has to offer.

If you, like the bike, are a bit conflicted, and appreciate the looks of a cruiser but want something with more dynamic capability, then perhaps this is just the right bike for you. The rest of you will find yourselves constantly questioning the existence of this bike as you ride along. Especially since, at Rs 6.04 lakh, it isn’t exactly cheap. Personally, I’d save up that little bit longer and shell out the extra Rs 1 lakh or so for the W800 – it does a far better job of cruising, and offers an amazing emotional connect, for not a lot more money.

The Auto-Treatment of Mobile Home Insurance Policies and their Ramifications: Do Not Let Your Insurance Company Roll Away with Both Your Claim and Home