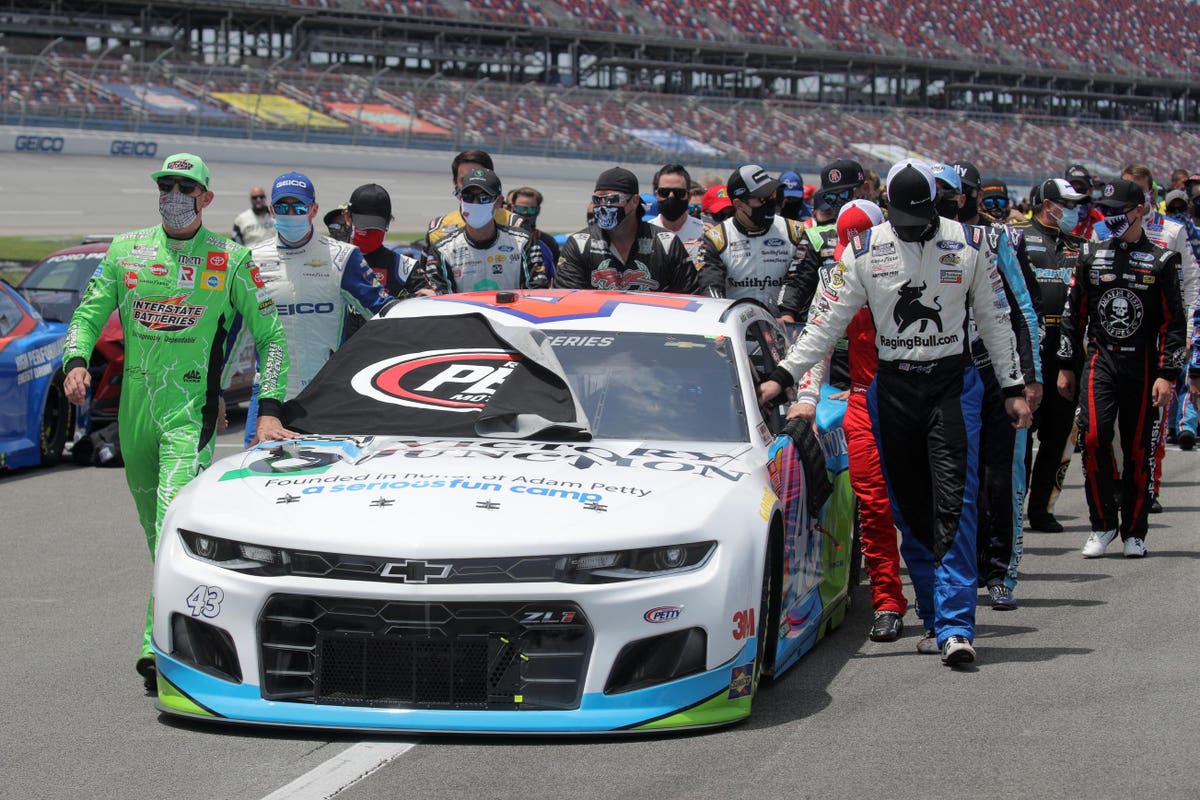 The words NASCAR and organized labor go together about as well as oil and water. In its history the people who run the sport have never really been open to having drivers organize into any sort of formal union. In fact, during NASCAR’s long history they’ve made no secret about how they feel about it.

Driver Curtis Turner tried to form a driver’s union with his business partner Bruton Smith as they built Charlotte Motor Speedway in 1961. They approached the Teamsters Union who helped as they organized the Federation of Professional Athletes. NASCAR founder ‘Big’ Bill France would have none it and banned any union driver from racing on NASCAR sanctioned tracks. The rest of the drivers toed the company line and refused to join the union except for Turner and Tim Flock.

France expelled Flock and Turner from NASCAR for life, and Charlotte Motor Speedway was forced into bankruptcy just over a year after it was opened.

Turner and Flock would be reinstated, Turner in 1965, and Flock in 1966, and Charlotte Motor Speedway would emerge from bankruptcy, but the message had been delivered.

In 1969 11 drivers, led by Richard Petty, formed the Professional Driver’s Association (PDA). While not called a “union” it had all the elements of one. Its purpose was to help drivers get a bigger share of prize money, insurance plans, and safer racing conditions. The PDA lasted until the first ever race at Talladega Superspeedway in September of 1969. During tire testing on the new track, built and owned by the France family, problems with the tires began to show. Fearing for their safety the drivers of the PDA, many of them NASCAR’s biggest stars at the time, elected to boycott the race. In response Bill France put together a field of non-PDA drivers and the race went on. Seeing how their voices, and boycott seemed to make little difference the PDA soon fell apart.

The last time drivers tried to organize was in 2014, this time however it was mainly out of the public eye. That effort was led by Denny Hamlin as NASCAR was trying to tweak rules in an effort to provide more passing on the track, but with little input from the drivers. Hamlin had recruited nearly every driver racing in the series at the time. Then he and Jeff Gordon, were called to a meeting with NASCAR.

“I remember (former NASCAR CEO and grandson of ‘Big’ Bill) Brian France sitting us down and kind of giving us the whole long, ‘Be very careful of antitrust here. There’s contracts and you know, this could get very illegal and blah, blah blah,’” Hamlin said at the time. “They did not want a drivers union for sure. And I still don’t think they want a drivers union.”

“I thought about it quite a bit, and I realized what I really needed to focus on was like on track,” Hamlin said. “This was going to take time to really do it right. I mean we’re going to have to hire staff. We were all going to have to split a lot of attorney’s fees for this whole thing.

“And I think it just lost some steam and, and NASCAR then came out with that driver council thing that went on for a few years.”

That driver’s council was an effort by NASCAR to gather input from the drivers. It came together in 2015 and was a group of eight to 10 drivers who met with NASCAR officials on a quarterly basis primarily to discuss competition issues, and rules.

The driver’s council fell apart at the end of the 2018 season. Since then, NASCAR seeks input from drivers informally and normally during race weekends when drivers visit NASCAR’s hauler at the track, but at times during the week via phone and email.

The issue of NASCAR getting feedback from its drivers arose prior to this year’s second Atlanta race. The track announced that after the race the track would get its first repave in nearly 25 years; it would also undergo a reconfiguration with banking increased in the turns. Speedway Motorsports Incorporated which owns the track and is run by Bruton Smith’s son Marcus, made the announcement a few days prior to the race catching the drivers off-guard as apparently none were consulted.

About this time results from a recent crash test involving NASCAR’s Next Gen car, which is set to debut next season, were revealed. Several drivers said they had little information beyond what NASCAR had released bringing up the issue of a lack of feedback from the sanctioning body- whether real or perceived.

“As we sat in the driver’s meeting that NASCAR had with us to show us everything,” driver Kevin Harvick said. “I think the most frustrating part of the whole process is the fact that the safety piece to the drivers and the conversation with the drivers, which was asked for by the drivers, was had at the very end of everything. I think as you look at that, I think the guys driving the cars are owed at least the respect, enough to at least be a part of the process of what’s going on. I think it’s that and the racetrack and I think everybody is a little bit frustrated with just how all of that has been handled.”

Hamlin said he’s concerned about the safety of the Next Gen car and the lack of feedback from NASCAR.

“Where there’s smoke, there’s fire,” Hamlin said. “Yeah, it’s definitely worrying. We had a good meeting with NASCAR again a few weeks ago and it was documented about the meeting. I think a lot of the meeting was spurred on the drivers getting together and saying anything that’s stiffer, the softest object is going to take the biggest brunt.”

“I told the drivers, you better get together,” he said. “You better gather some questions that you want to ask, and we submitted our questions, and they (NASCAR) had some time to prepare their answers for those questions. Some of them, they still had to get answers to. A lot of it was what does a real crash test look like.

“Everything had been done in simulation. Simulation, while very, very good is still not the real thing. We were eagerly awaiting what the results were going to be from the June 30 test. I guess it was the 23rd and then it got moved to the 30th, but ultimately, we haven’t gotten the results back. I guess there’s rumors that start from people that are kind of close to it and it doesn’t sound great, but again there’s no hard data. I would assume if things went fantastic, we would have heard about it pretty soon.”

Hamlin said the lack of organization has led to the lack of drivers not having a voice in all areas including safety and changes to a track.

“Just a broken-down process and that’s what is so frustrating,” Hamlin said. “The process is just broken. I look at a lot of the responses and people are like, ‘why should they listen to you all because you’re always going to look at what’s in your best interest and agenda is.’ The thing is, as drivers, just tell us the agenda. Do you want speedway racing here? Okay. We don’t like it, but here’s what you need to do to get there. We’ll help you accomplish that, just tell us the goal.”

Hamlin said he’s worked on getting feedback, tried to talk to NASCAR.

“We just don’t get an answer,” Hamlin said. “There’s just a disconnect. You just don’t get a whole lot of response. When it comes to the crash stuff, I’ve asked questions to different NASCAR people, executives and I can’t get a response. That to me makes it even scarier. The disconnect right now between all the parties, NASCAR, the tracks, and the drivers, it’s tough right now. It’s not in a good place.”

Could these most recent issues bring an organized labor discussion to the forefront again? And how might NASCAR respond. While NASCAR wouldn’t comment publicly about this latest move to organize, they did do so. A week removed from his first comments, Hamlin said NASCAR did reach out to him.

“It was good, and we had some great conversations. Marcus (Smith, SMI) and Steve Phelps (NASCAR) and those guy,” he said. “Collectively, we understand that we’re better together than we are separate.”

So there will be no driver bans, no talk of antitrust or legalities, or further talk of any sort of driver’s union. Instead, NASCAR management and its drivers have opened the lines of communication and that may be what’s been needed for quite some time.

“I think that we understand that we’re better together,” Hamlin said. “Whenever there’s input from all the stakeholders or certainly all sides get heard then I believe we can make the sport better if we all work together. They agree.”

How a Speeding Ticket Impacts Your Insurance in Maine – Bankrate