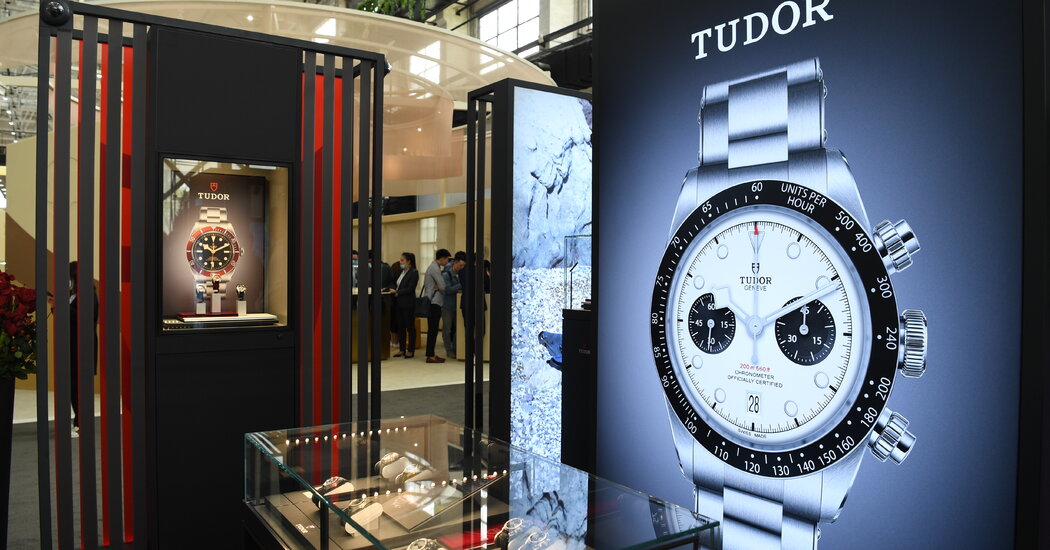 Creating a Swiss mechanical watch that can measure the passage of time with perfect precision is a challenge. And now Tudor, Rolex’s sister brand founded in 1926, has joined Omega as the only two watch companies to have the accuracy of their timepieces certified by one of Switzerland’s most demanding public entities.

The Tudor Black Bay Ceramic, introduced in May, comes with a Master Chronometer certification from the Institut Fédéral de Métrologie, a Swiss government agency commonly known as METAS.

The certification confirms that each watch keeps exact time while withstanding myriad environmental assaults — including the passage of time itself.

Omega, however, still leads on volume, with Master Chronometer certifications for nearly every watch in its collections, starting with the 2015 Globemaster. The distinction encompasses its entire range of Seamasters, produced in conjunction with its role as official timekeeper at the Tokyo Olympic Games, and its $6,300 Speedmaster Professional Moonwatch, released earlier this year.

Since 2015 — when Tudor debuted the MT5621, its first movement made in-house — it had been considering ways to prove the quality of its timepieces, according to Christophe Chevalier, a spokesman for the brand.

“We looked for an independent institution to provide a benchmark against which we could measure that quality,” he said, and “we found that METAS sets the highest public standard for watches.” (Its tests, done on completed watches, are more rigorous than the testing of uncased movements done by the Contrôle Officiel Suisse des Chronomètres, a nonprofit association supervised by five watchmaking cantons and the Federation of the Swiss Watch Industry.)

METAS “is the Swiss equivalent to the National Institute of Standards in the U.S.,” said Jürg Niederhauser, the agency’s head of corporate affairs, based in Wabern, near Bern.

“Our requirements,” he wrote in an email, “are specifically designed to test the resistance of a mechanical watch to strong magnetic fields, its accuracy under different temperature conditions and in changing positions, its power reserve and finally its water resistance.”

The tests are done with the watch in six different positions, to account for the effects of gravity on precision timekeeping, and at both 100 percent and 33 percent of power reserve.

The METAS certification bumps the Black Bay Ceramic up a notch on the technicality scale for an unlimited production model in a 41-millimeter, full ceramic case and ceramic bezel insert, with the new MT5602-1U caliber and a $4,725 price.

Each watch comes with a guarantee card and a chip that, scanned with a smartphone, produces a report on its METAS tests. “You don’t need to download an app because all the relevant performance data is embedded in the card that also identifies the watch by its serial number and has its complete guarantee status,” Mr. Chevalier said.

There is now one more Master Chronometer-certified model in the Tudor range: the Black Bay GMT in an aged gunmetal steel. But the watch, which allows its wearer to tell the time in three zones simultaneously, is to be sold Nov. 6 by Christie’s Geneva in the next edition of Only Watch, a biennial auction of one-of-a-kind timepieces to support research into Duchenne muscular dystrophy.