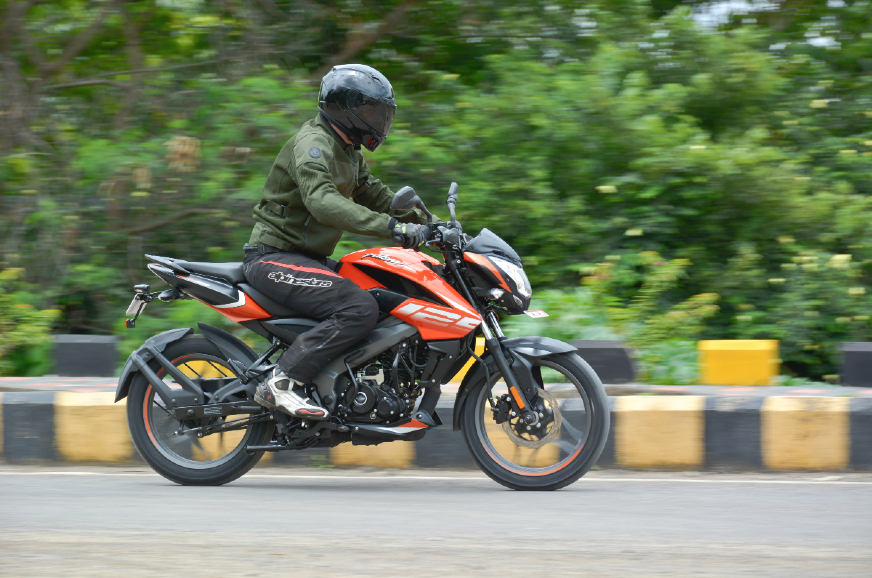 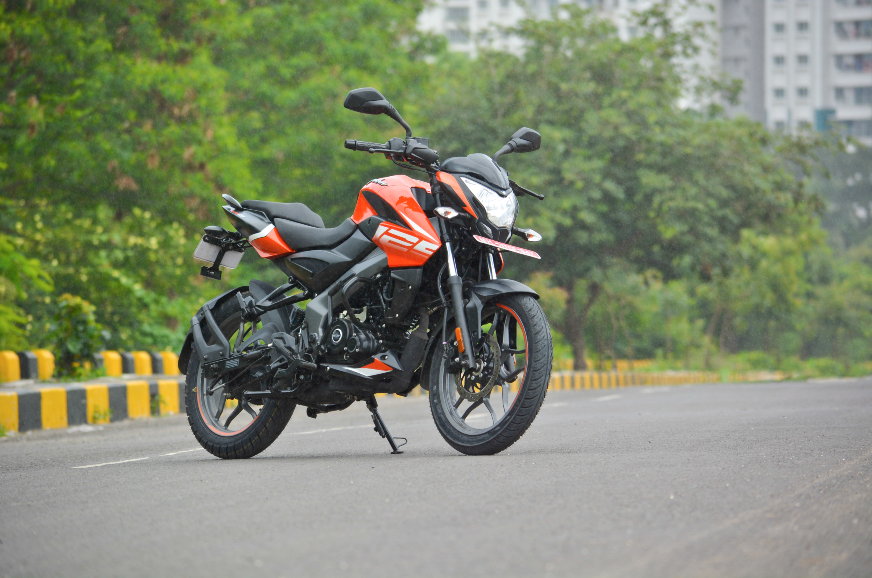 Where the Pulsar NS125 falls short in brochure-filling features, it makes up in competent underpinnings. At under Rs 1 lakh (ex-showroom, Delhi), Bajaj is giving you respectable hardware in the form of a perimeter frame and a preload-adjustable monoshock, just like on the larger NS models. As a result, handling is rather sweet, and the NS is a fun bike to throw around corners. The skinny tyres might not do much for the looks, but they make the NS125 feel lighter on its feet than the slightly heavy-steering NS200. Sure, it isn’t the most communicative thoroughbred corner-carver, but once tipped in with minimal effort, the bike feels steady enough and inspires a fair amount of confidence. 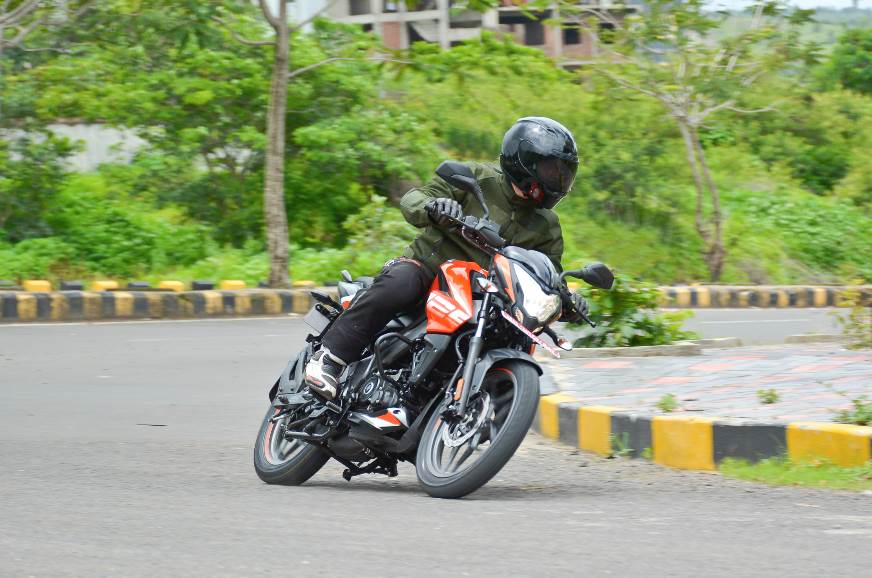 That’s the sportiness side taken care of. The sensibility aspect comes from the good ride quality and large dimensions. The telescopic fork does a great job of isolating you from our less-than-perfect roads, though the monoshock can feel a little on the firmer side, even at its lower preload settings. Nevertheless, ride quality overall is quite comfortable, as is the seating position.

Sharing its underpinnings with the NS200 not only gives the 125 fun handling characteristics, but also generous proportions that are well suited to similarly generously proportioned riders. The 1,353mm wheelbase is longer than even that of the Pulsar 150, and taller riders will find the rider’s triangle pleasantly roomy, with a good reach to the bars and enough seat-to-footpeg distance. The only real chink in the NS’ armour in the comfort department is a seat that can become slightly uncomfortable over longer durations –an issue that’s amplified by the slightly stiff rear shock absorber.

The theme of middle ground extends to seat height as well, where the Pulsar’s 810mm figure lies almost exactly in between commuters like the Honda Shine (791mm) and more focused bikes like the KTM 125 Duke (830mm). 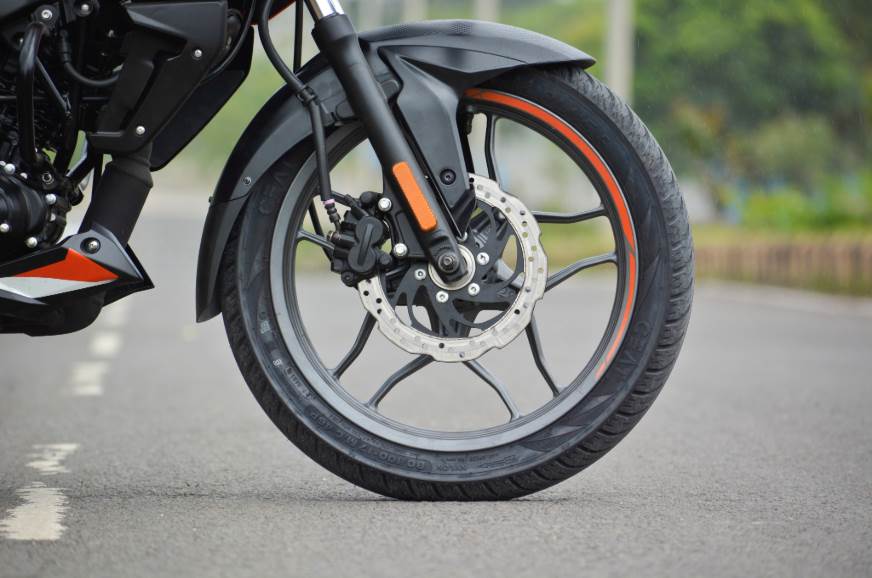 The NS’ performance in the ‘stop’ department is similar to its performance in the ‘go’ department. On paper, it only gets a small 240mm disc brake up front. There’s no disc of any kind at the rear, and you have to make do with a 130mm drum brake instead. Nevertheless, the real-world performance is up to the mark, and the setup does a decent job of bringing the bike to a stop. The only room for improvement is a little more feel at the lever, and the addition of an ABS system –although Bajaj would point out that that would take the price well above the Rs 1 lakh mark, which has significant psychological ramifications for a 125cc motorcycle.