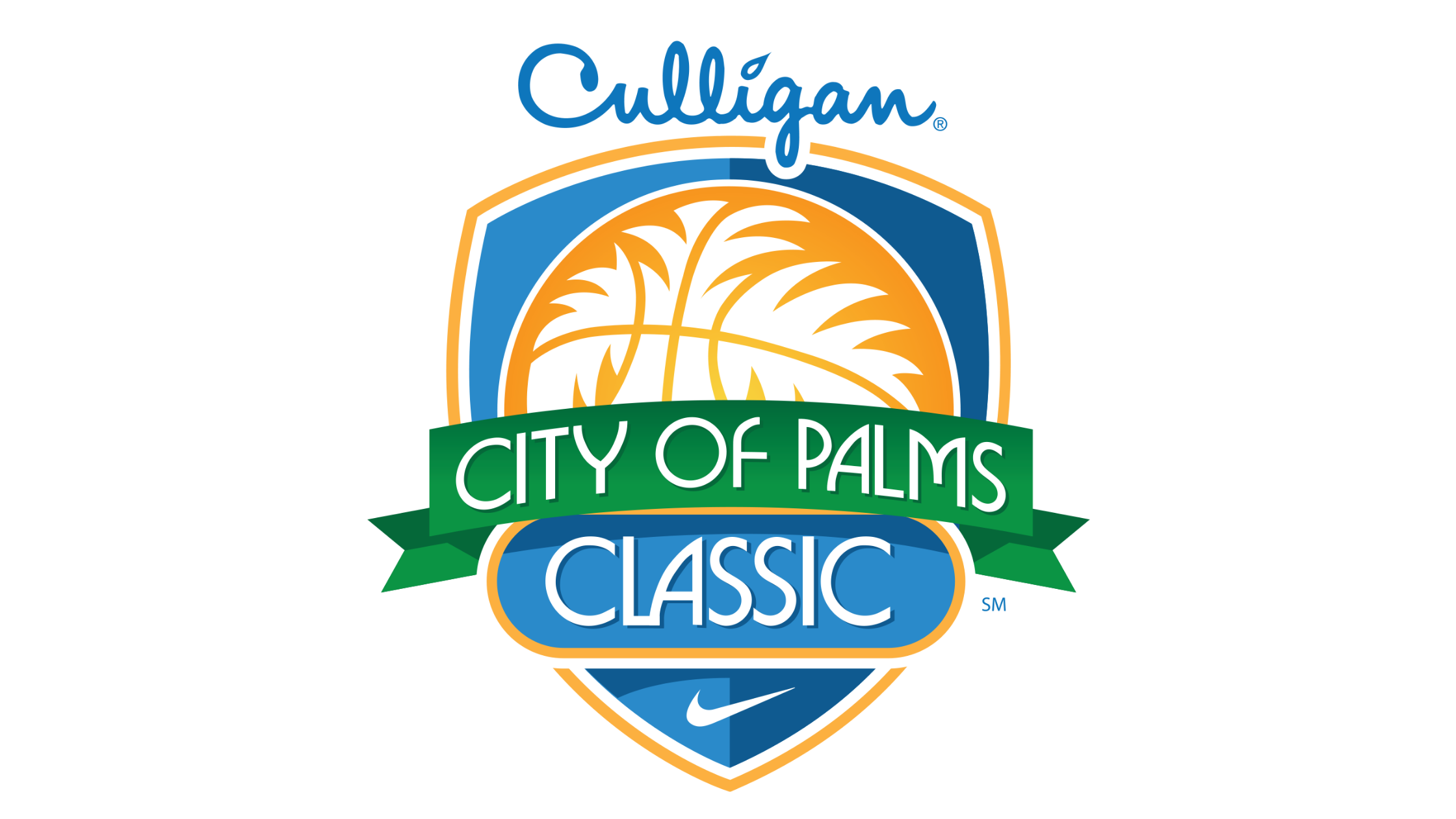 After a one-year layoff, the excitement is building as the 48th Culligan City of Palms Classic field is set for the tournament, which will be held December 17 – December 22 at Suncoast Credit Union Arena on the campus of Florida SouthWestern State College.

A star-studded field will once again take to the hardwood in Fort Myers for the holiday event, led by defending tournament and national champion Montverde Academy (Montverde, Fla.). 2019 City of Palms runner-up IMG Academy (Bradenton, Fla.) will also make a return trip to Fort Myers hoping to walk away with this year’s title.

Montverde will make their way to Fort Myers led by ESPN’s No. 2, No. 6 and No. 13 ranked seniors, Jalen Duren, Dariq Whitehead and Skyy Clark respectively. IMG will counter with ESPN’s No. 14 and No. 25 ranked seniors Jaden Bradley and Eric Dailey, Jr. Combined, Montverde and IMG have 10 of ESPN’s top 100 seniors.

The stellar lineup of teams doesn’t end there. Four-time USA Today National Coach of the Year, Steve Smith, brings the fabled Oak Hill Academy (Mouth of Wilson, Va.) program back to the City of Palms for the second time in four years. They’re led by one of the top juniors in the nation, 6’3” Caleb Foster.

Georgia Class 7A state champion Milton High School (Alpharetta, Ga.) makes its first trip to the City of Palms coming off a run to the quarterfinals of the GEICO Nationals on the Suncoast Credit Union Arena court back in April. Milton’s basketball program has been on the rise for several years and nearly shocked IMG at GEICO.

The always exciting Signature Series features several powerhouse teams as well, led by Arizona Compass Prep School (Chandler, Ariz.). Compass Prep reached the semis of the GEICO Nationals last season and put a scare into No. 1 Montverde twice. Combine Academy (Lincolnton, N.C.) makes its way to the City of Palms after being put on the high school hoops map with an upset of Oak Hill Academy in the 2019-20 opener. A year later, the Goats followed that up with a No. 15 national finish (MaxPreps). The tournament will bring international flair to Fort Myers with the presence of Crestwood Preparatory out of Toronto, Canada. This program has been a fixture on the Canadian basketball scene for years and they return much of their squad from last season. Victory Rock Prep (Bradenton, Fla.) is coming off an SIAA state championship and it too returns much of its team from last season.

Expect a lot of buzz around the Sunshine Series this year, thanks to 6’6” senior Hansel Emmanuel of Life Christian Academy (Kissimmee), a Dominican player who moved to Orlando less than a year ago and has gone viral for his flashy dunks, passes and shooting against top talent, despite losing one arm to an accident when he was six years old. Miami Norland (Miami), Tampa Catholic (Tampa), and Choctawhatchee (Fort Walton Beach, Fla.) round out the four-team bracket.

And the Hugh Thimlar Tribute continues this year honoring the legendary college and high school coach. This year’s games will feature Christopher Columbus (Miami, Fla.) against hometown Southwest Florida Christian (Fort Myers, Fla.). As coach of then-Edison Junior College, Thimlar created a junior college national powerhouse over 26 seasons. Overall, he won 604 games over 40 seasons as a head coach in Indiana and Florida. He also founded the City of Palms tournament, then called the News-Press Christmas Basketball Tournament, in 1973, with six teams competing at Edison in a regional tournament.

Tickets for this year’s tournament go on sale on Friday, July 16. Visit cityofpalmsclassic.com to buy your tickets and for tournament information.