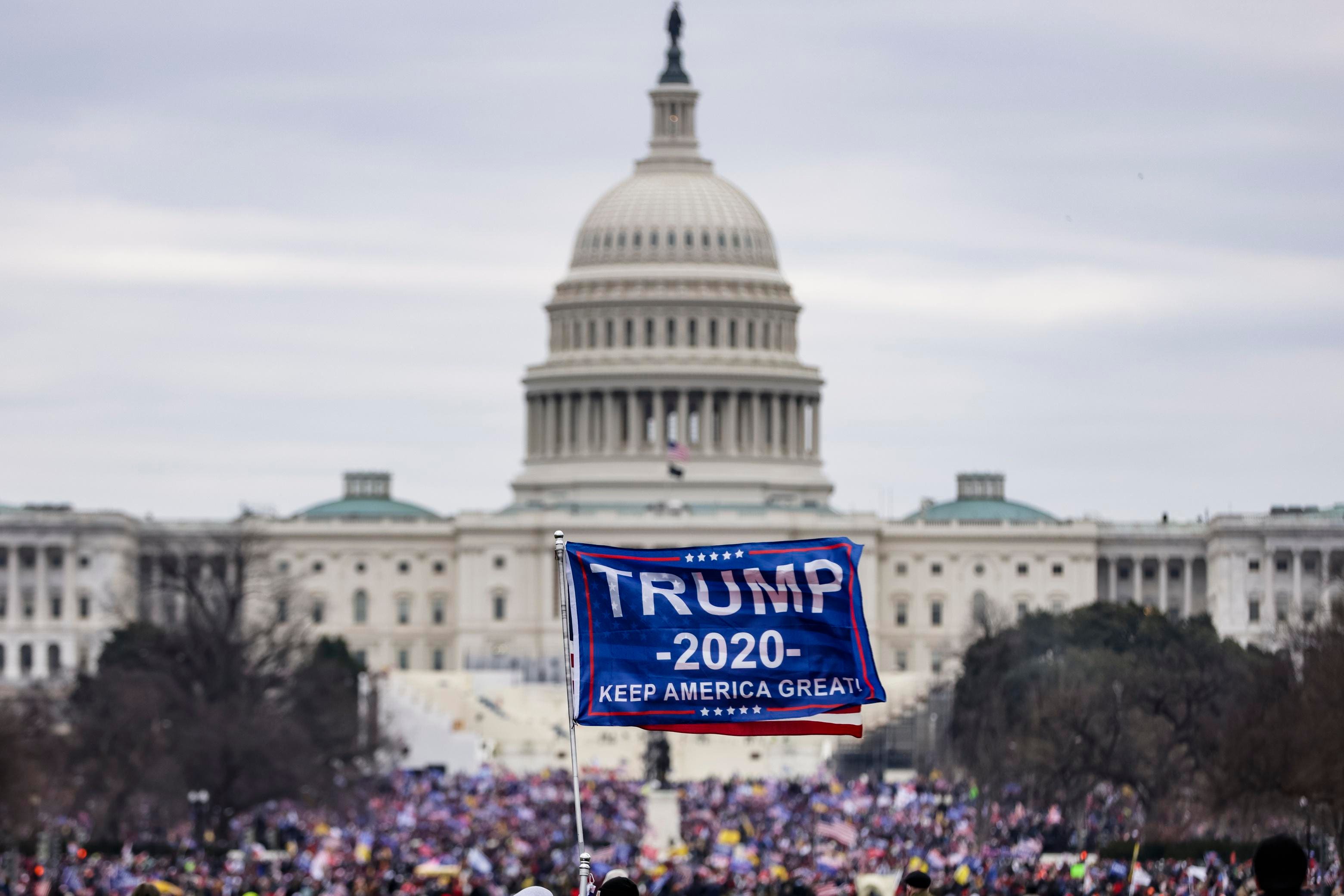 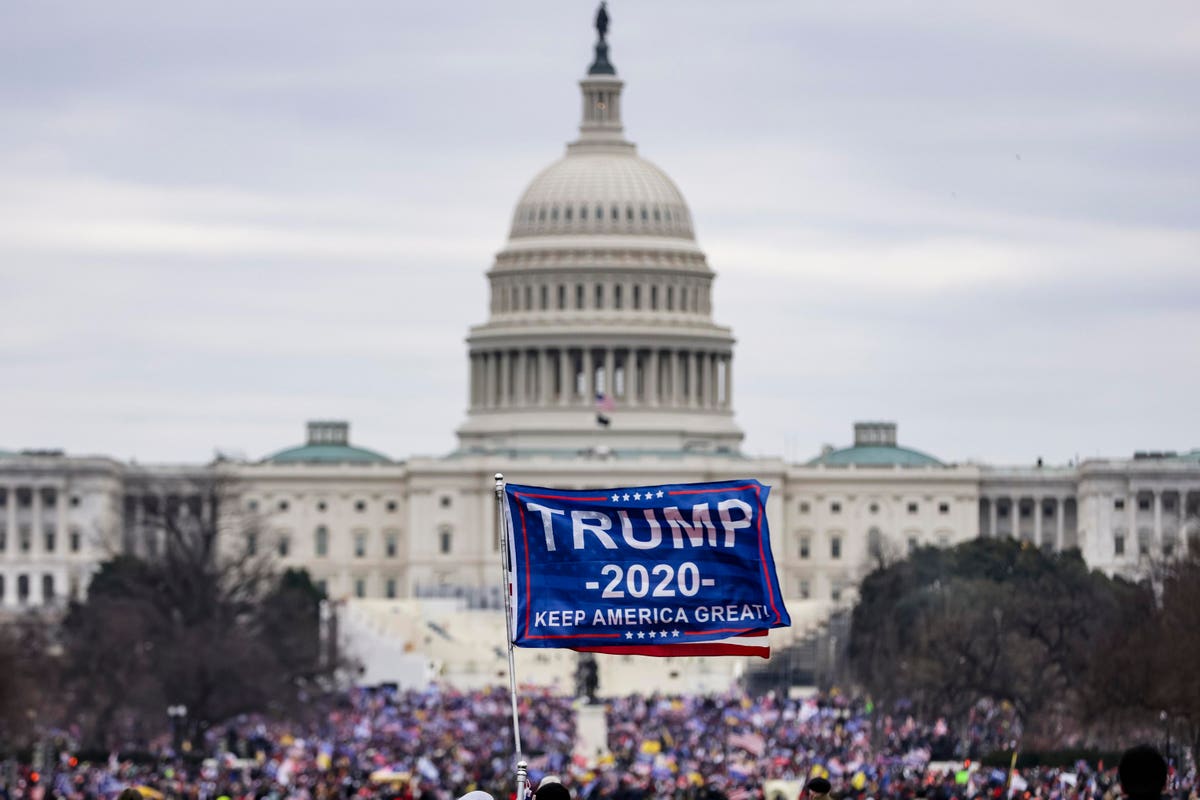 The hashtag “#ArrestTrumpNow” was trending on Twitter, exceeding 200,000 tweets by Monday afternoon. It began late Sunday after the American political action committee MediasTouch (@MeidasTouch) released a video that sought to contradict a claim by former President Donald Trump that the January 6 assault on the Capitol Building included “peaceful people.”

Trump made that statement in an interview with Fox News’ anchor Maria Bartiromo, while he also downplayed what he told supporters earlier on January 6, suggesting, “It was a very mild-mannered speech.”

Soon after the interview, MediasTouch, which was formed in March 2020 to stop the reelection of Trump, compiled his interview on Fox News with footage from the assault. The group also called the former President Donald Trump a “domestic terrorist,” and urged social media users to spread the hashtag.

Social Media As A Propaganda Tool

The question is whether the response, and the urging to spread the video, does more harm than good for the nation. While Trump has remained in the spotlight since leaving office, he is not an elected official. At the same time, the former president remains banned from Twitter, therefore was unable to even engage in the conversation.

“This effort is just a distraction from what needs to get done to address the country’s many problems, particularly pulling interest in his efforts to fix the infrastructure, assure fairness for minorities, and protect voting rights,” warned technology industry analyst Rob Enderle of the Enderle Group.

“The efforts make legitimate criminal actions against the ex-president look politically motivated and reduce their chance of success,” Enderle explained.

“This is disconcerting, but it isn’t surprising,” added Chris Haynes, associate professor of political science and national security at the University of New Haven.

The fact that it has so widely circulated shows that many social media users may agree with the sentiments, but many of the messages on Twitter also took aim at Republicans in general. That is despite the fact that many Trump voters have also expressed outrage over the assault on the Capitol and our democracy. It would seem that such rhetoric could make it hard for a deeply divided nation to heal – and really feels much like you’re either with us, or against us.

“This sort of commentary from the extremes in exacerbates the polarization that we’re currently seeing,” warned Haynes. “Likewise, as much as it motive Biden supporters, this will also impact many Trump supporters, who may feel like they’re that far removed from the Democrats on the issues. Social media really has a danger to exacerbate that polarization.”

It is now all too common for politicians to also engage in what are really petty squabbles on the social platforms instead of talking things out. What is also notable, says Haynes is that the divide really isn’t that great, but social media may make it seem like a giant rift.

“We see repeatedly that members of the different parties may agree on the substance – but yet we have such gridlock,” Haynes noted. “There is this X factor – which is that they simply don’t like each other. This is reflective in the public as well, where voters simply dislike the other side so much. This has become increasing fed into us from the political information and disinformation campaigns.”

This is true even when the two sides generally agree.

“Look at an issue with infrastructure,” added Haynes. “Both parties should agree that we need to resolve this, but it is the dislike that breaks the trust for the two sides to do a deal. Social media then amplifies that dislike, and it reaches a boiling point.”

The other consideration is whether it is correct for any group to use social media as a platform to call for someone to be locked up. This is the court of public opinion not a court room, but it should be worrisome as it is a digital version of mob justice.

It also might seem like this is helping Biden’s agenda, but is doing anything but, warned Enderle.

“These attacks work against Biden’s agenda, provide a rallying cry of unfair treatment to Biden’s opponents, and make it less likely the desired outcome of locking the ex-President up is successful,” added Enderle. “You don’t vote someone into jail; at least, that isn’t the way the legal system is supposed to work.”

The question is then what the platforms should do to stop this discourse.

“They may try to do, what they are doing is completely ineffective,” suggested Haynes. “If they try to tap down these sorts of things, it borders on the cancel culture in reference in a sense. This type of social media campaign could possibly motivate voters, but it should be seen as bad for the process and progress in general. And for democracy we should see it as a real concern.”